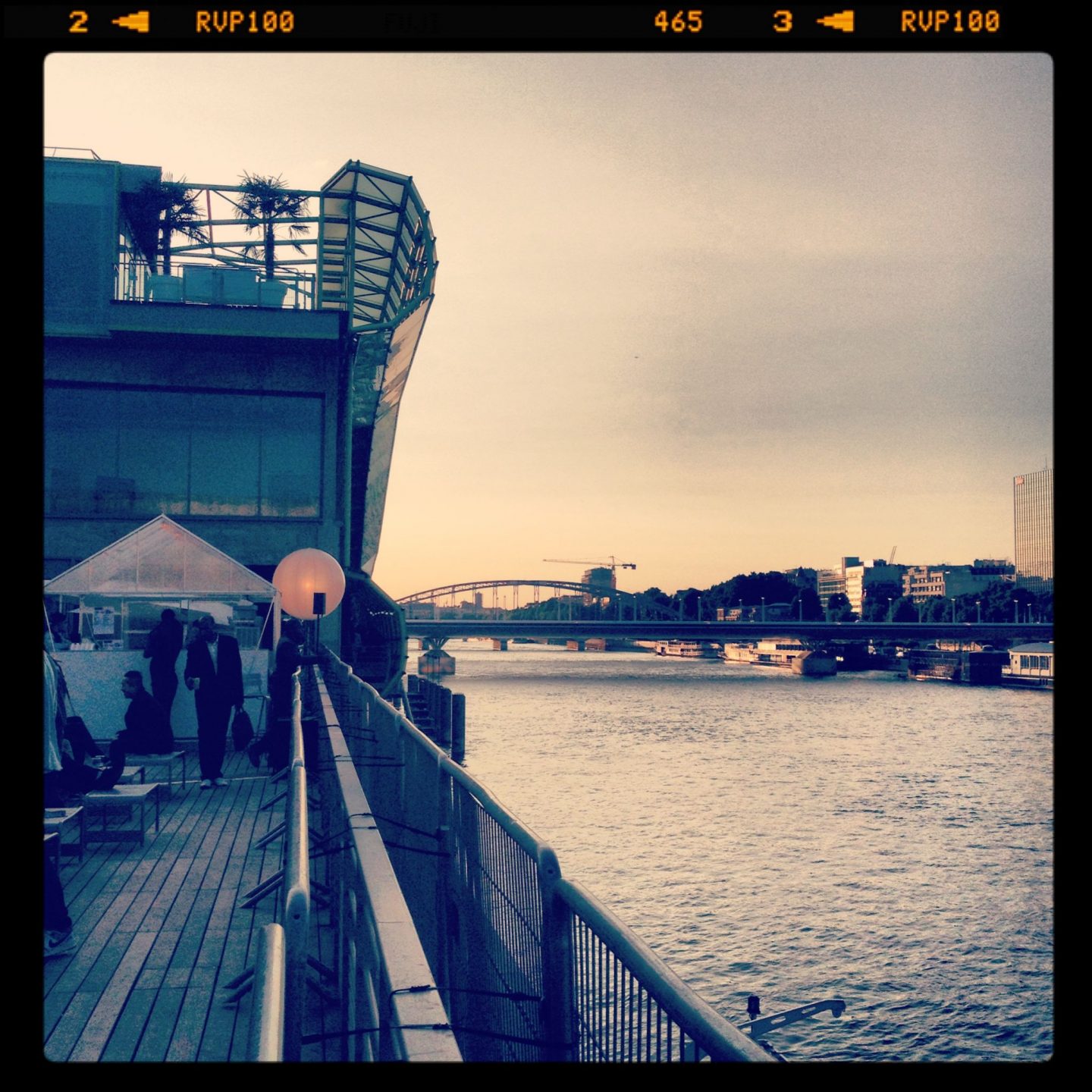 Every 5 years or so I get a serious case of itchy feet; am I where I want to be, do I want to settle here blah blah blah. I have been in Paris for 3 years now so wanderlust is still 2 years off or well it was until Tuesday 25 June. After what  can only be described as a day that will be talked about for months if not years to come in the French company I work for. I got a dose of wanderlust as follows: maybe it’s time to get a wiggle on! As I left the office, I thought I need to find somewhere in Paris that I can get over my case of wanderlust or not as the case may be.  What better place than a bar or should I say venue called Wanderlust!

Located in the increasingly hip, gentrified 13th arrondissement right on the banks of the river Seine is Wanderlust. There is something about sitting and looking at the water that is instantly calming.

As I walked up the wooden stairs to the decking. A woman with flyers in her hand stopped me and asked if I wanted to dance in a club? This was a new one on me – I have been asked if I want to give money to a charity, offered religious literature and even asked out in the street but never if I wanted to dance in a club. I said I don’t understand. She insisted – it was for a film she said and they wanted to recreate an atmosphere in a nightclub. I said thanks but no thanks. I certainly didn’t have any wanderlust to be hot and sweaty in club like I was in my early 20s.

Anyway back to wanderlust and it’s immense decked terrace. There are two or three drink stations serving cocktails, bottled beers and the like. A pizza station where you buy and ‘take away’ the pizza in a box and presumably sit and eat the said pizza on one of the many wooden sun loungers or metal chairs scattered around the deck.  There is also a restaurant run by Christopher Pele who gained 2 michelin stars at another restaurant in Paris.  When I said that it was a venue before; here there is a place to do yoga on a weekend, watch films and there are often other events held here.

Anyway I came for a drink and to soak up the atmosphere and watch the boats glide along la Seine. I went to one of the drinks station and asked for a menu. The barman helpfully pointed to the menu stuck on the wall. I peered and squinted, I really do need to get my eyes tested, and decided to order half a pint of beer. The pint of beer was poured and placed before me in a plastic cup. I haven’t seen that much foam head on a beer since my undergraduate drinking days. 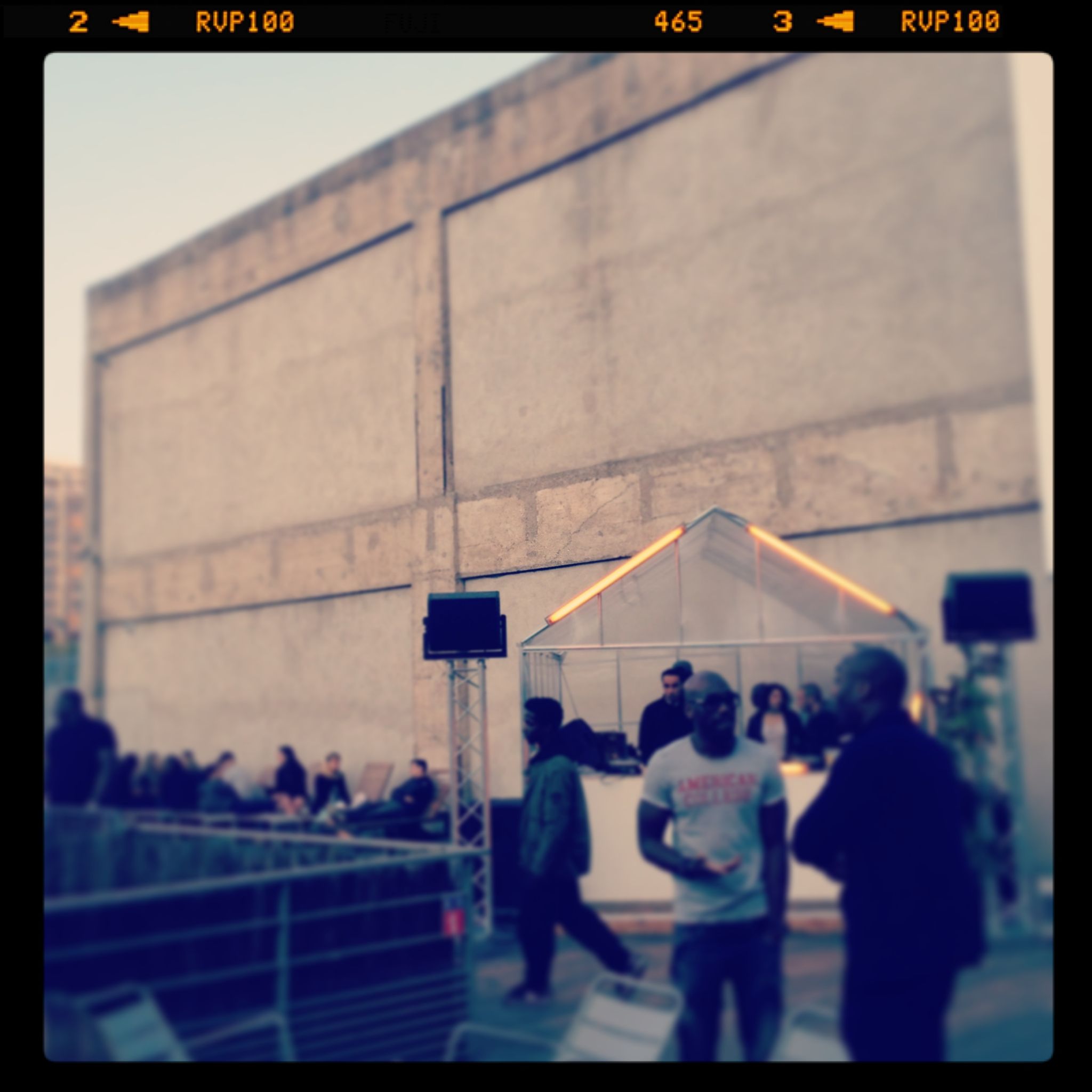 With my plastic cup in hand, I sauntered across the wooden decked terrace, packed with people, imagining myself on some paradise isle and snagged the last metal chair and pulled it towards the railings. The breeze had picked up and the sun was was fading. Head or no head; the beer was cold, the hip hop tunes were jumping from the dj booth and I watched the boats go up and down the river Seine. Actually, I thought to myself it doesn’t get better than this feeling like I am in paradise but actually I’m in the heart of city. Now I know that whenever I have a little wanderlust….I’ll just head on down to Wanderlust! 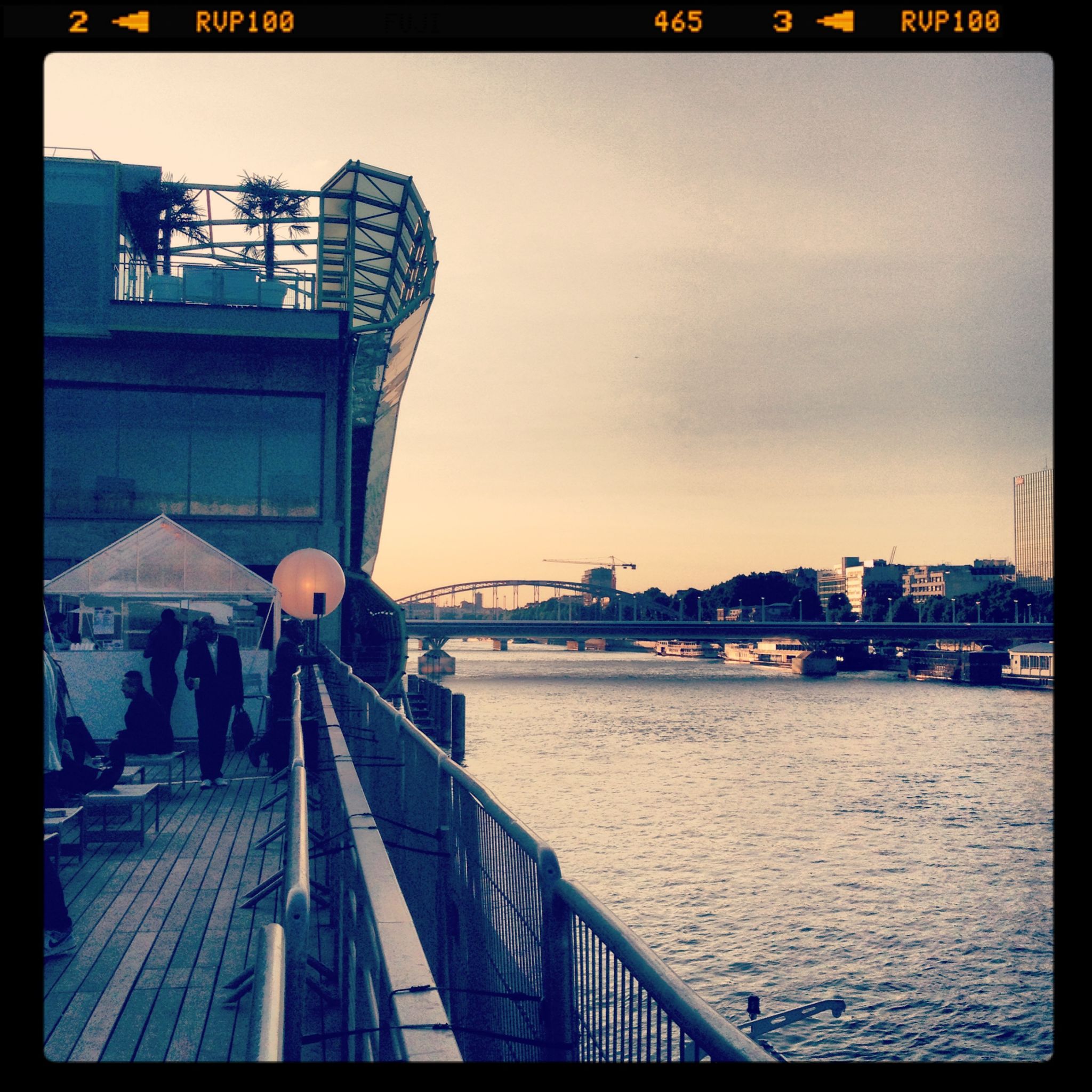