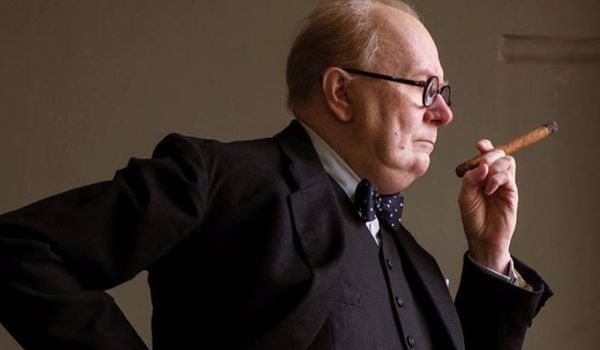 You don’t need me to tell you this is based on truth. I did love the tagline of one review that this is based on true events. Well, of course, the man is Winston Churchill and the UK’s darkest hour was the Second World War in his premiership. The film is set just before the evacuation of Dunkirk. There is obviously a direct comparison with Christopher Nolan’s Dunkirk. This is less bombastic, more English and accessible. Yes, Churchill was a titan amongst men, but he was still a man and this film tells this small episode of his life – his wife Clementine – his cheerleader and his doubts as well as triumphs. A true leader and inspiration.

Why Does It Work?

Gary Oldman. The entire film – The Darkest Hour – is a masterclass in acting from Mr Oldman. Without this commanding and domineering performance, it would not have worked. He brought out the human element not just the laboured image we have of Churchill and the V for Victory. The Darkest Hour it is not just about him – the time is captured well. His wife’s power contrasted sharply with the fact that women were not even allowed in the map room. There are also some great scenes between Churchill and the King, a wonderful performance by Ben Mendelson. However, my only niggle with the film is that it felt too heavily staged as if it should be performed in the theatre. This niggle is probably down to the direction, whilst good, I often think Joe Wright’s films don’t feel cinematic enough.

Cinema/DVD/Streaming – Cinema is a must, the rousing speeches and seeing Gary Oldman on the biggest screen.

Still in cinemas across the country.