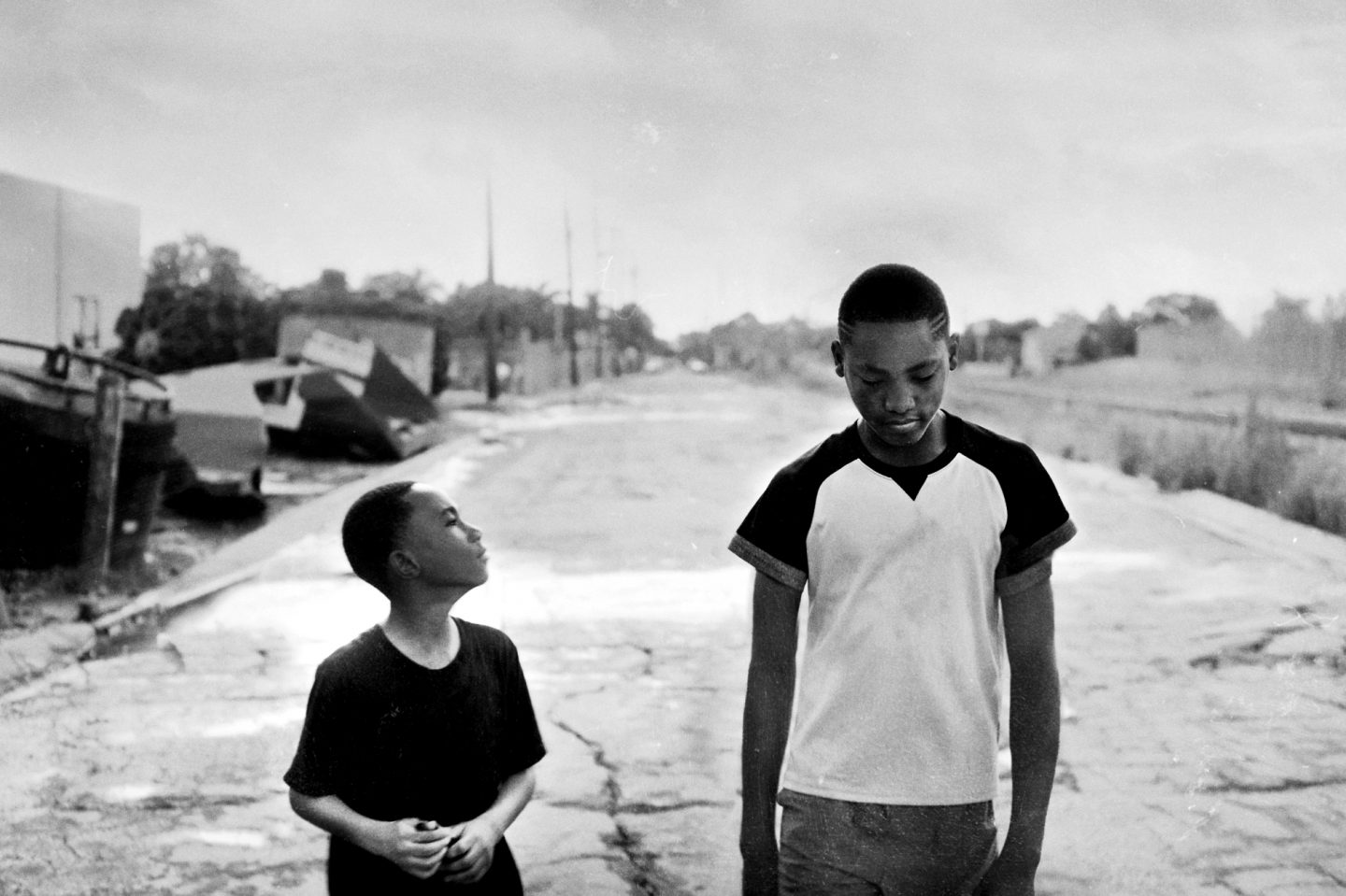 What You Gonna Do When The World Is On Fire is an ambitious piece of documentary filmmaking that wants to achieve so many things that it comes across confused and chaotic.

It is shot in Louisana  and entirely in black and white which is actually inspired as it makes the audience focus on the stories we here. The use of black and white makes the stories the individuals are telling even starker and also it acts as a metaphor for the stark divide between the black and white communities. The main focus of the documentary is the different members of the black community and Renaldo (14) and his little brother Titus (9) who he’s trying to toughen up for the mean world around him some of those scenes are heartbreaking in the sad reality that the boys will have to face. Judy owns a bar which also acts as an unofficial community meeting space and we follow her trials and tribulations. The central spotlight is the story of a black man Jeremy Jackson who was decapitated and it is clear that this is a racially motivated murder but the police are not investigating it as such.

What You Gonna Do When The World Is On Fire has noble motives to show that racism is still very much alive and well in the deep south but it is often confused and it is not clear whose story is being told. What we are left with is chaos but maybe that is what the filmmaker wants us to feel the chaos of that world.