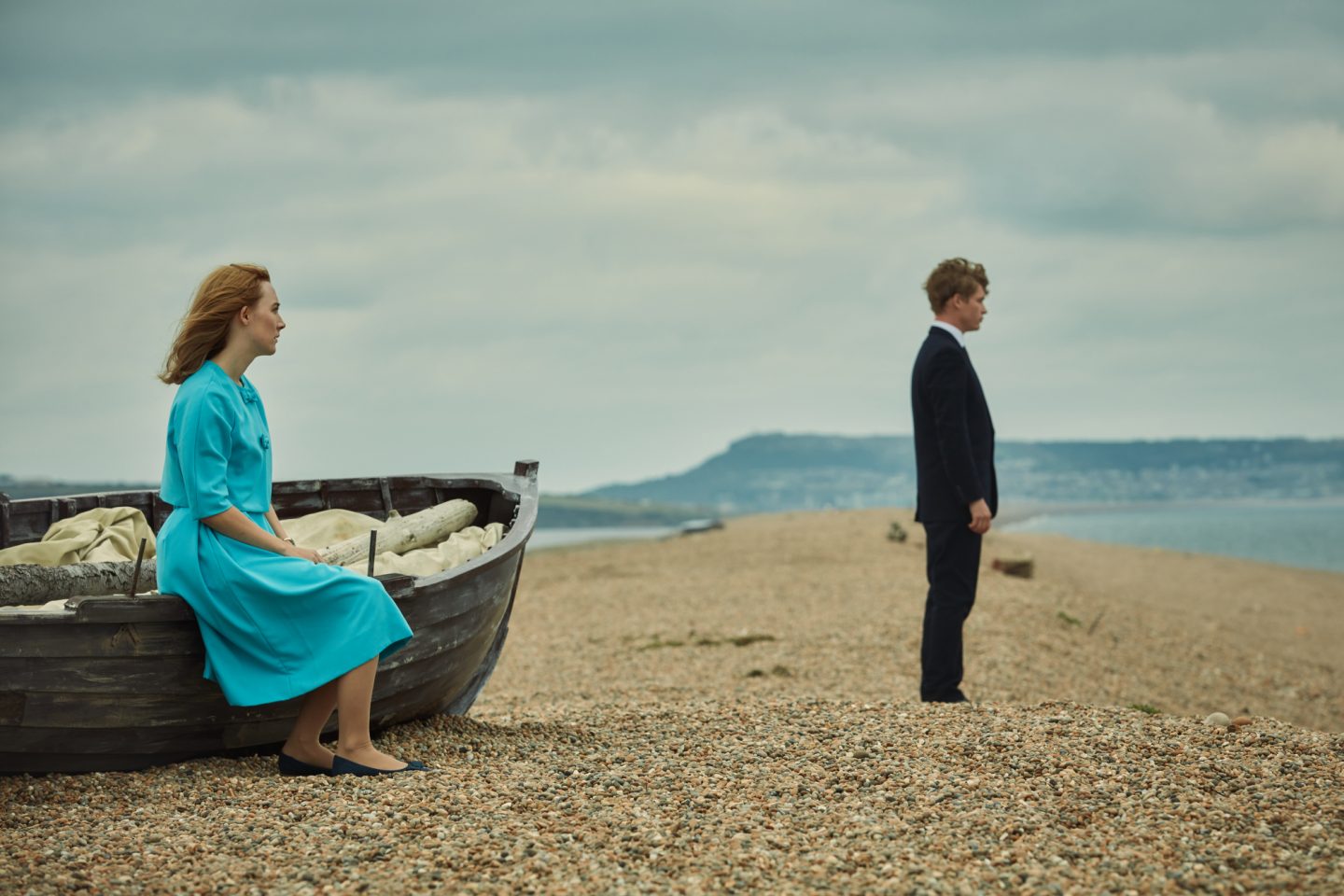 The Booker prize novella is turned into a long, meditation on love, loss and the somewhat healing power of time. Ian McEwan adapts his own prize-winning book for the big screen.

On Chesil beach begins in the 1960s and ends fifty years later in 2007. The subject matter of the film is Florence Ponting (Saoirse Ronan) and Edward Mayhew (Billy Howle) as the recent university graduates who meet, fall in love and then everything starts to unravel on the first night of their honeymoon at Chesil beach!

In short year. We are always used to seeing the early stages of marriage shown as happy, loved filled moments. In fact, some might say, the modern wedding business is built on the images portrayed in Hollywood films. On Chesil Beach is anything but Hollywood and that is, in fact, its saving grace.

The beauty of the book is the way in which it is written and McEwan tries to bring this to the screen. There are very long camera shots especially the beach scenes where we watch as young love crumbles before our eyes. The parts of the film where there are other characters work better. Edward’s mother’s descent into dementia and the way in which her own family try to hide it even from her. The way in which Edward is always in the background and Florence is always in the limelight. The internal conflict and turmoil are conveyed well by both characters. The on screen chemistry between the two leads is believable and the anxiety that they feel on the wedding night is palpable.

However, the main issue that stunts this film is the almost slavish way it is adapted to screen. Although as a meditation of the disintegration of love and deception both parties feel it is sublime. The accompanying film score is beautiful but at times it can feel slightly overbearing.

On Chesil Beach is currently on release in cinemas across the UK.