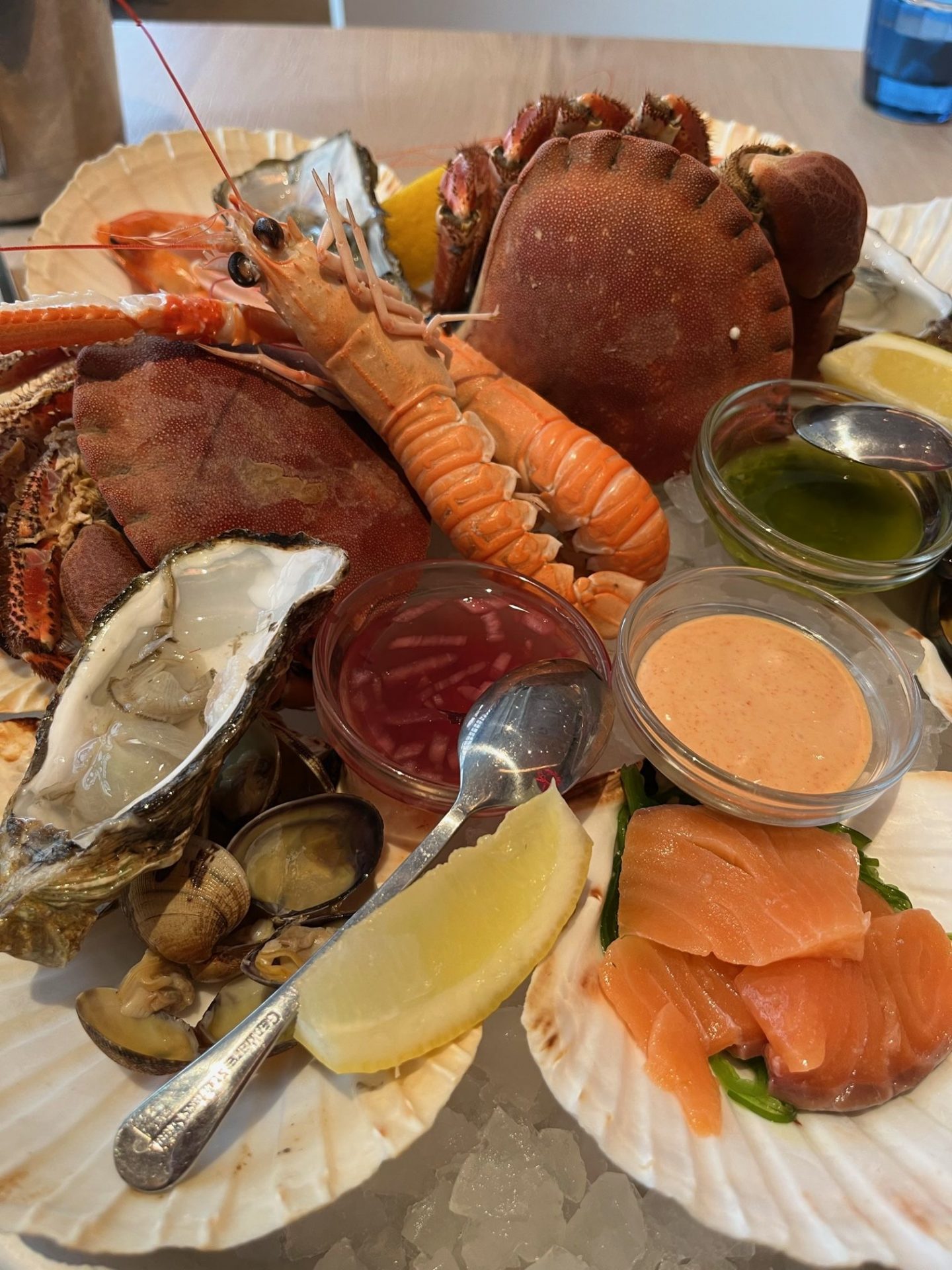 Easter Sunday 2022 and I was determined to be fed by another’s hand. I can’t even remember what I was doing last year but for once it was a holiday weekend with sunshine. It was still a little too chilly to be sitting outside. I’d given up alcohol for Lent and basically stuck with it for 39 days which is a record. I had a little slip whilst attending the press screening of The Northman. That film needed something, the relentless bloodshed. Anyway, Easter requires a little celebration and one of my favourite celebratory foods is bubbles and oysters. 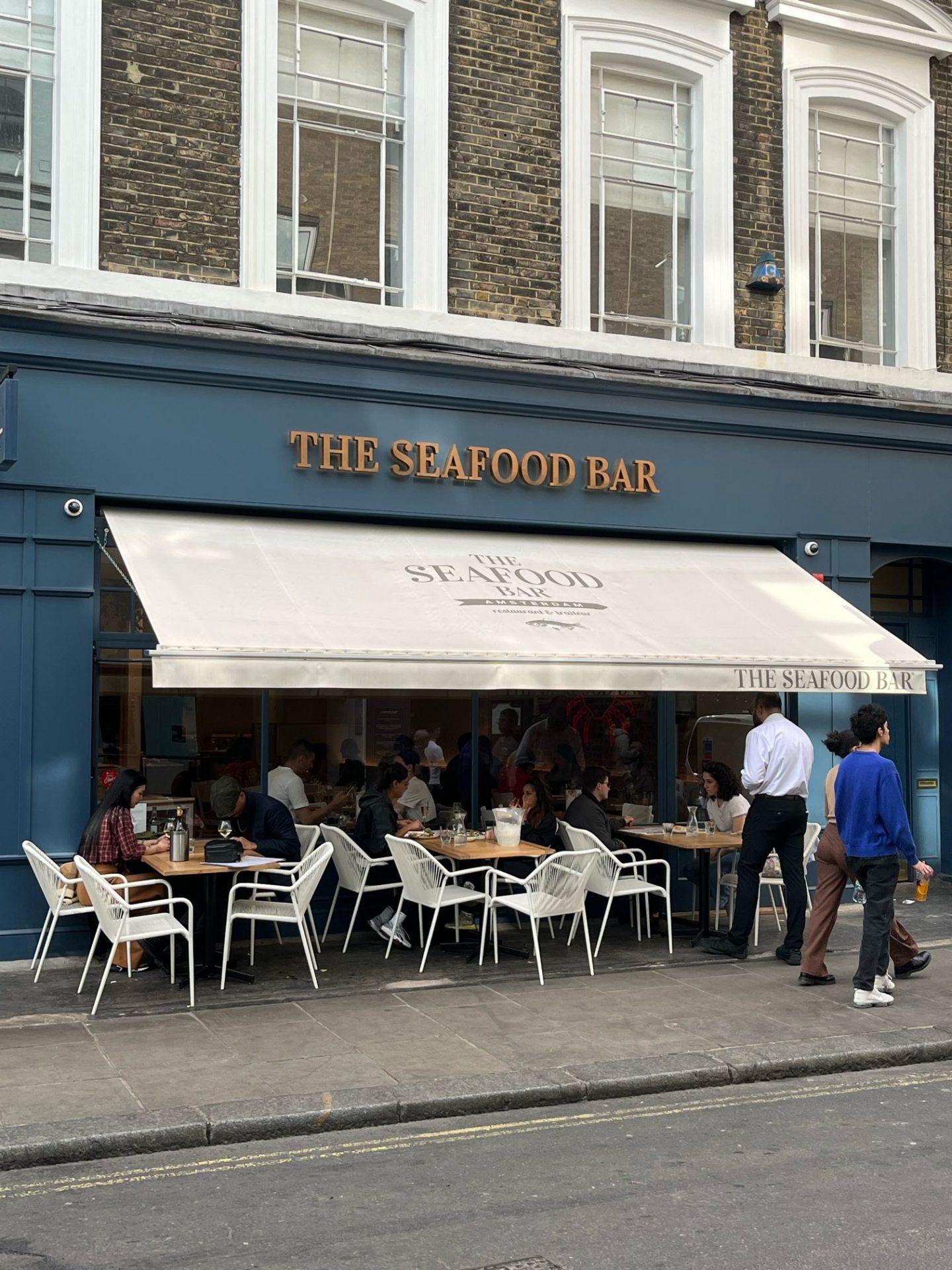 Off I skipped to Soho. The Seafood Bar is on Dean Street so right in the heart of things, a few doors away from the Soho Theatre and other gems. It has tables outside but I only really like to sit outdoors when it is warm and I don’t shiver. 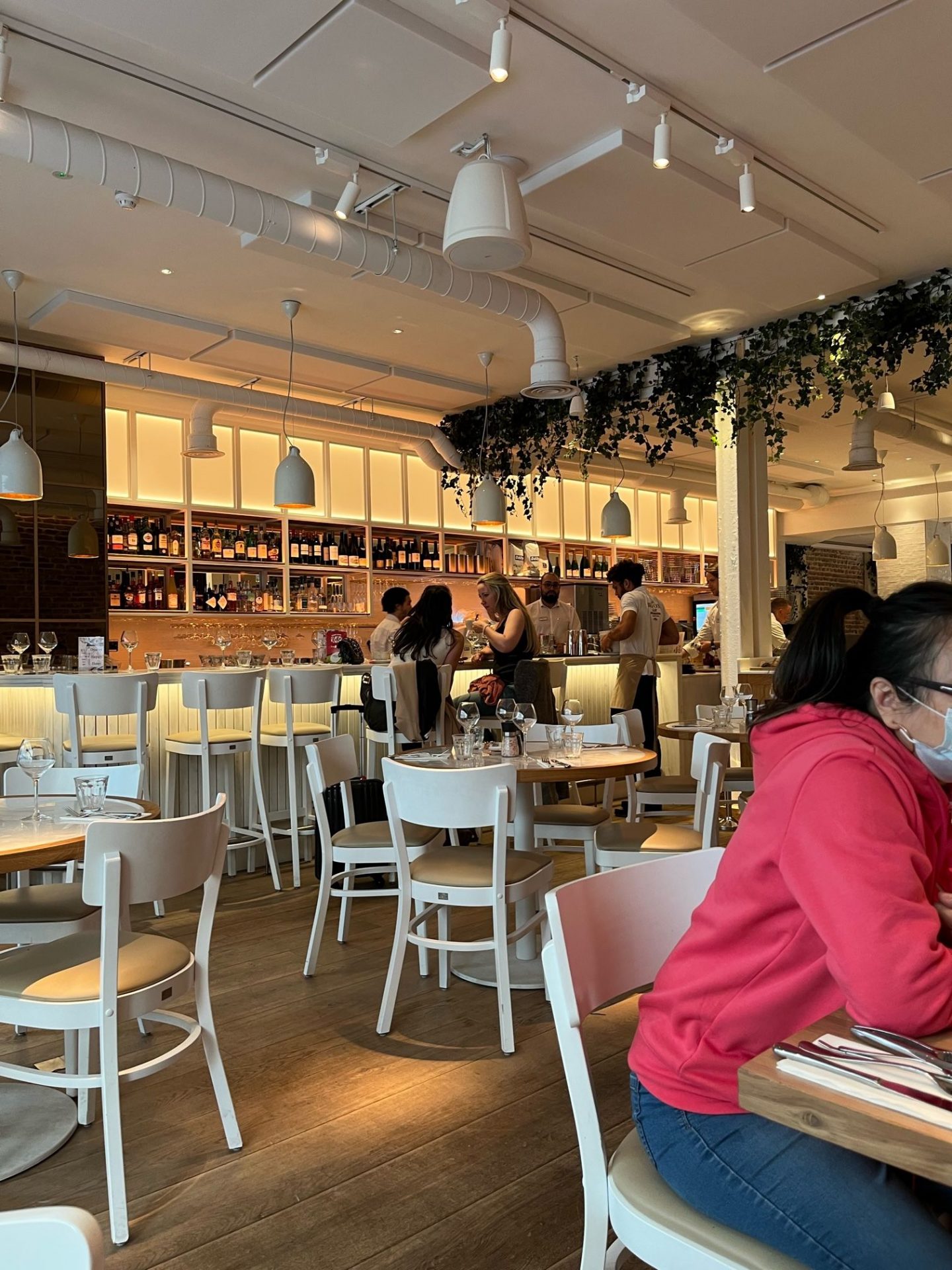 Now, I had actually booked a table. London is busy post pandemic, everyone is eating out maybe to forget their worries. I asked if I could have a table rather than sitting at the bar and the reply was “of course you can”. What a love!  I perched like the queen that I am on a banquette seat watching the restaurant life. Yes, it is as airy as it looks. It became rather busy whilst I made my way through my dish and even then it didn’t feel oppressive or overly noisy.

I totally forgot that The Seafood Bar has a daily oyster happy hour that I was actually in time for. Irritation central only after the fact which is, I will admit, pointless. The table next to me clearly had not forgotten! I scanned through the menu which is very reasonably priced and there is so much choice. I finally settled on a retro but decadent delight – fruit de mer platter for one. Yes, one, a place that creates a platter just for one person is a rare and precious gem. However, there are a few things I don’t like – whelks being one of them. That wasn’t an issue, they took it off and substituted salmon instead. Now, I was expecting a few bits, once the platter arrived I was glad I didn’t order a starter or anything else. If you look closely you’ll see three oysters perched in between the brimming platter. Then I got to work and, mercifully, they don’t rush you. The Seafood Bar does have gluten free bread except they had run out yesterday. I was very content with my chips and bubbles.

Baby in the corner? Absolutely not, I was given a free choice.

Pricey? No, in fact very reasonable, the fruit de mer for one was just £29!  Just make sure you remember to book so that you take advantage of the oyster happy hour!

How? Loads of choice either a short walk from Leicester Square or Picadilly Circus.