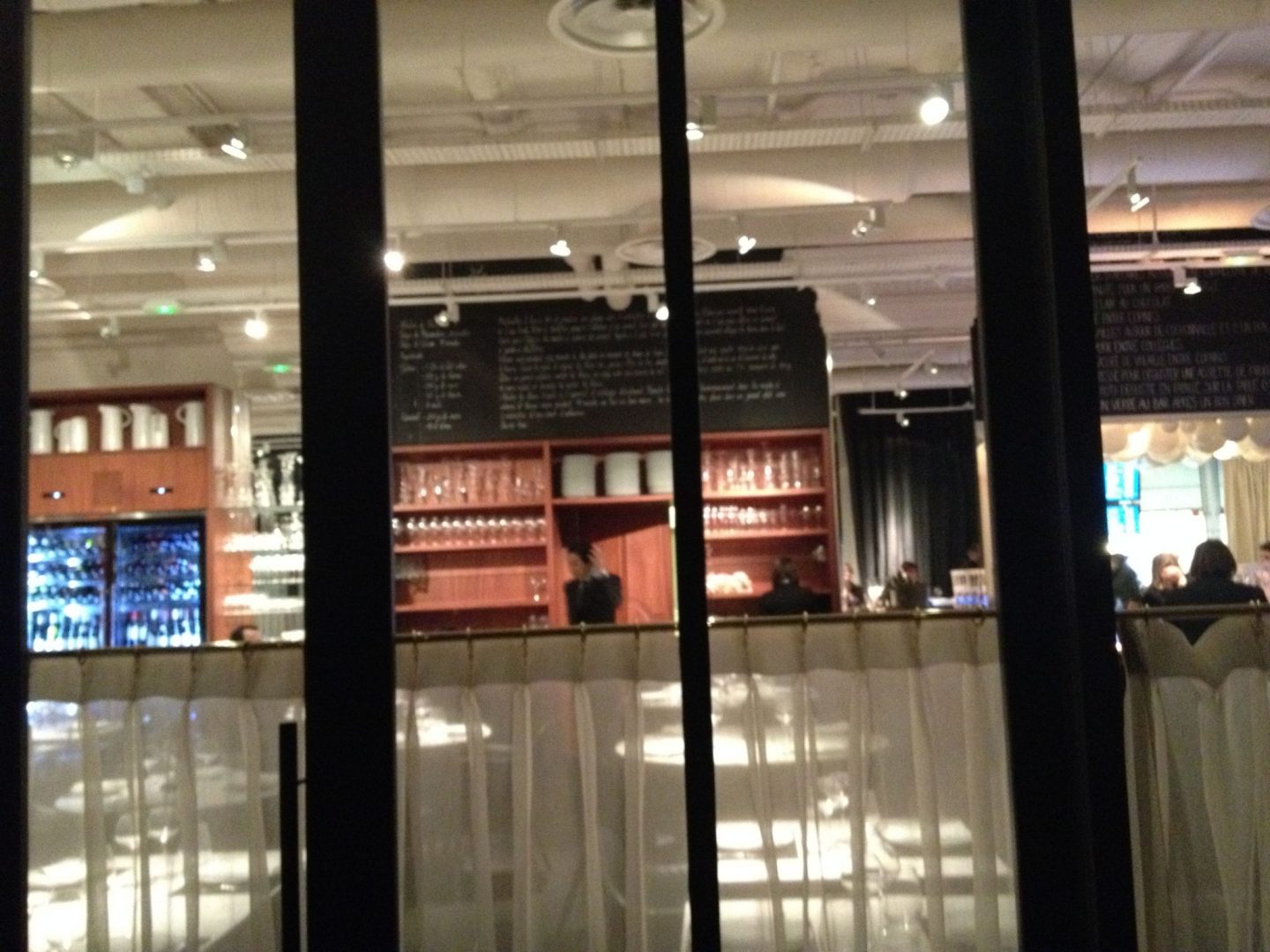 *I had had enough of Christmas shopping not that I had made much headway. I ordered two items off Amazon and hoped that their delivery dates were accurate or there really would be tears on the 25th. Having headed into the crowds of FNAC, I pontificated (my new favourite word) and then bought something for myself, oops! After such an effort there was nothing for it but to go and have a solo apéro.  Given that I was in the Opéra area I thought I’d check out the hot new opening at St Lazare Station, the aptly named Lazare.

Railway stations fill me with mixed emotions.  For me, airports are the happiest places on earth! I am always happy as I am flying away escaping my daily routine. However, railway stations are a mixed bag either it could be that I am heading home to London on the Eurostar which is always good but invariably they mean that I’m stuck waiting for a train that has been delayed due to a plethora of reasons ranging from the acceptable ‘abandoned suspect package’ to the down right absurd. Anyway back to Lazare this new high end restaurant to open in a railway station, run by 3 star Michelin chef Eric Frechon, to rival Le train Bleu’s (Gare de Lyon) dominance of high end restaurant railway station dining.

I spent a while trying to find Lazare in St Lazare station, some entrances can be a little too discreet! Once I found it, a doorman pushed back the heavy black velvet curtains and gave me a once over and asked if I had a reservation. Looking at all the empty tables I was tempted to laugh but didn’t. I noticed though the bar was heaving with people sitting and eating and not many of them were alone. Mmm I thought so I asked the doorman if I could have a drink alone? Given that it’s Christmas, the doorman gets to play the role of the inn keeper and I am Joseph. He casually told me to go and see if I could find a seat at the bar, I played along, it was obvious there was no space. If he could have kept the door open and block the wind from coming in I swear he would have as 2 minutes later there I was saying goodbye, he didn’t even look at me. So just as Joseph, there was no room in the Inn or Lazare for me that night.

The circular zinc bar that takes pride of place in the space is not big enough clearly. This is a railway station and surely anyone planning a restaurant in a station needs to factor in people, such as myself, who just stop in for a drink but want something classier than the ubiquitous chains on offer in railway stations. Also there were a number of empty tables but it had just opened so no doubt in a few months it will be a destination restaurant that is if you can find that discreet opening! 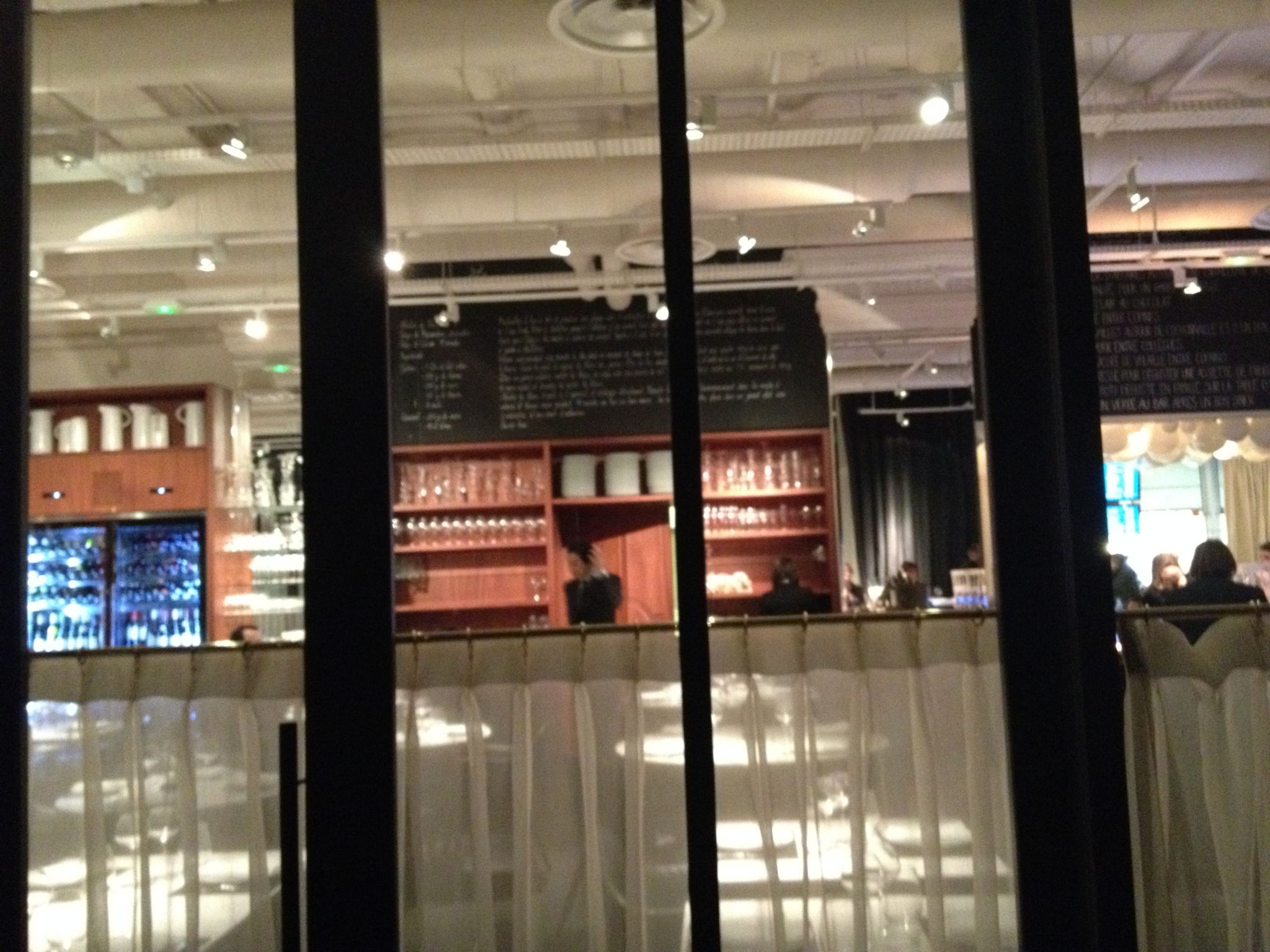 From outside looking in – no room in the inn!

*This post was supposed to be uploaded before Christmas or at the very least before the end of 2013, but oh well!