“Eat my balls” – yes you read it correctly – this is the slogan splashed across the waiter’s t-shirt at the hot new restaurant opening for January 2014 in Paris, the very aptly named Balls! 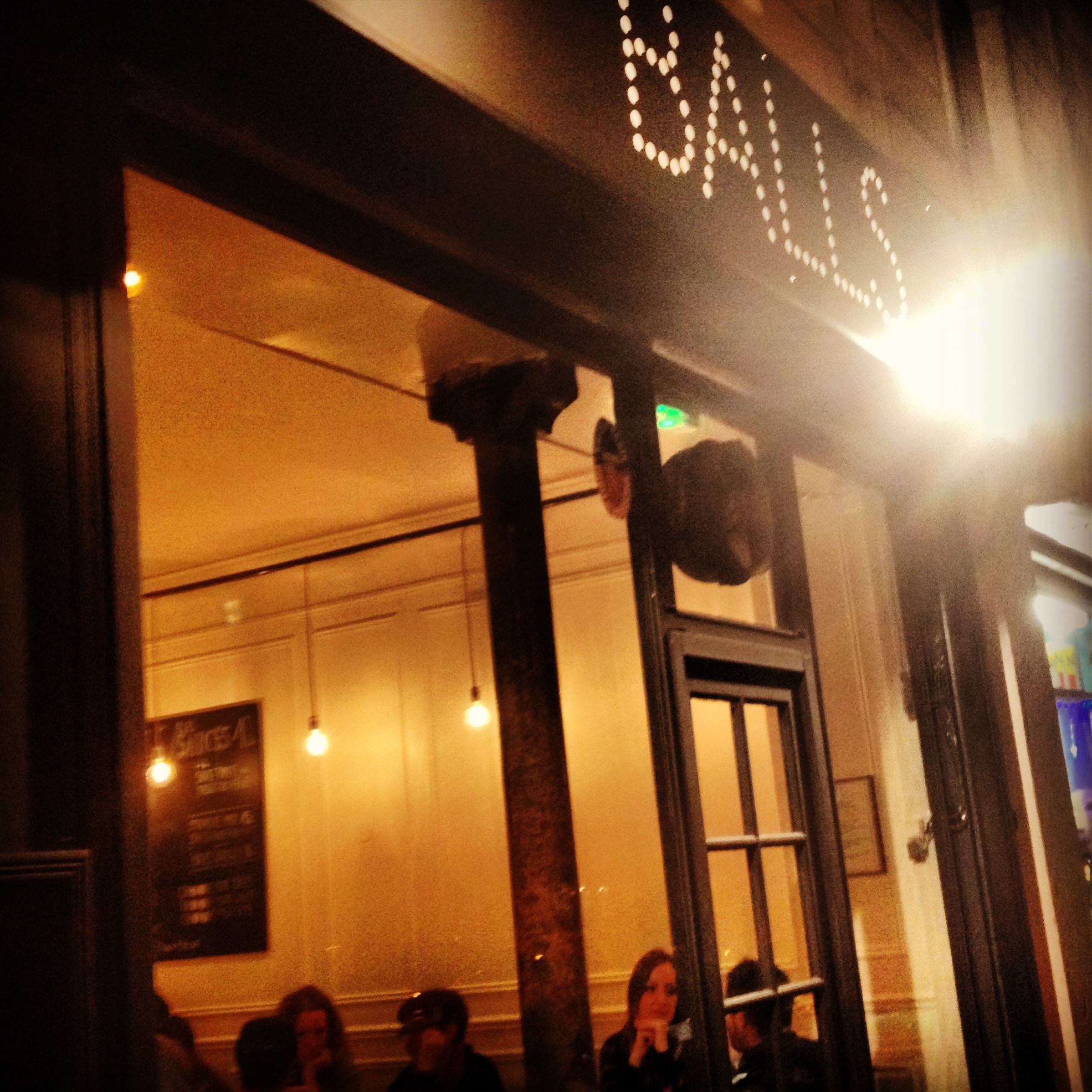 I decided to schlep over to the 11th arrondissement in Paris to the hipster street that is Rue St. Maur just 10 minutes from where Mr Oscar Wilde is buried in Père Lachaise cemetery.  I wonder how Mr Wilde liked his balls accompanied by a tomato or yogurt sauce or au naturel?

Yes Balls as the name suggests is dedicated to the humble culinary delicacy: the meatball.  Since living in France, I’ve noticed the French do like a trend – le burger, le fish and chips, le burrito, le food truck or in fact any concept they can import from America or England. From a quick flick of google it would seem meatball bars started life in the US.

Unfortunately you cannot reserve a table at Balls but given it was a Friday night in mid January at around 8.15pm I took my chances (also the restaurant said it reopens after their lunch serving at 8pm) I thought I’d be able again to get a seat. I was wrong – the restaurant was packed there are tables and then a bar for the solo eaters such as myself.  One thing I don’t do is le queue or at least not this Friday night when all I wanted to do was eat and then conk out on my sofa. So I will be back to sample these famous balls soon very soon!