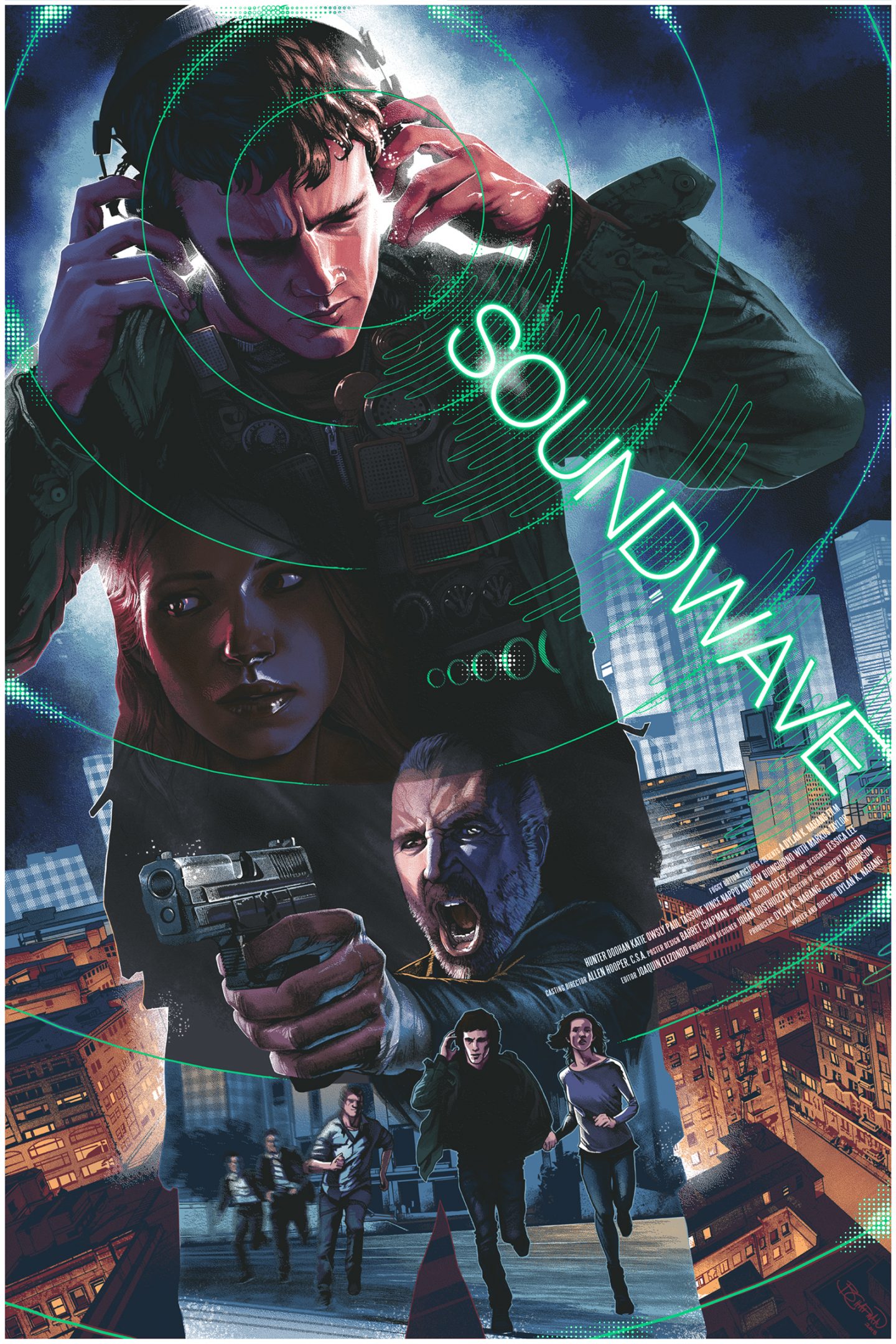 Sound is something you take for granted and yet in this film, Soundwave, it is the main character. From the very beginning, in Soundwave, everything is heightened, footsteps, breathing, the pulse like background music. The clever use of sound is what makes this film a delight, but the plot is rather predictable.

Soundwave is about a young inventor, Ben Boyles (Hunter Doohan) who creates a machine that can listen to soundwaves of past conversations. His motives for creating it are well intentioned but when other darker sources learn of his invention, they want it for themselves.

Writer and director, Dylan K. Narang, attempt to inject life into the sci genre with this film using soundwave as a device to permit time travel is both commendable and very interesting. The use of sound and flashbacks does elevate this film. Evertything is heard and sounds sharper, or maybe because I was more focused but I became hyperaware of sound in this film and actually enjoyed that attention to it.  It is on the whole engaging although the script, especially the emotionally charged sections, is not as focused as it needs to be leading to the film feeling longer than it actually is. The main characters reason for creating the machine is dealt with far too quickly and as such doesn’t feel properly resolved. Also, the antagonist Frank (Paul Tassone) is cartoonishly bad, when actually subtly would have made the character more believable. The ending of the film does redeem some of the plot holes, especially the absence of sound, the audience is suddenly left as bewildered as the characters on screen. There is for a brief moment utter complicity and that feels exciting.

Soundwave is available to watch now on leading VOD platforms.