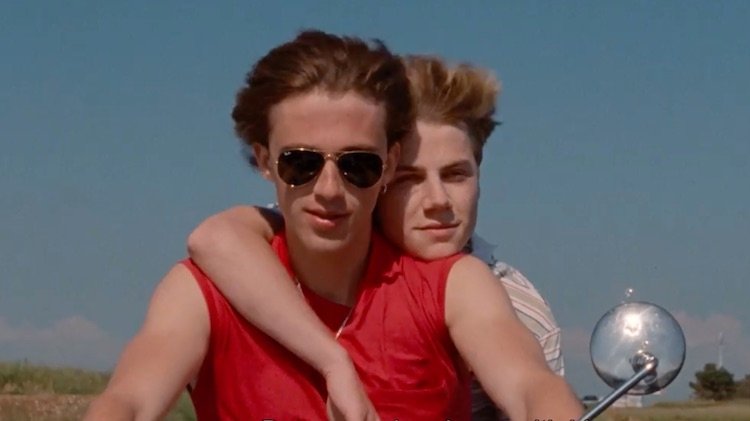 The Summer of ’85 is Francois Ozon’s latest film and most person one to date. He takes us back to a time of innocence, intoxicating queer young love and death. This is a refreshing and different take on the coming of age genre.

The Summer of ’85 is based on the book, Dance on Your Grave by Aidan Chambers. It is a story of friendship and love between two teenage boys during the summer of 1985. It begins as 16 year old Alexis(Felix Lefebvre) capsizes the boat of a friend and David (Benjamin Voisin), 18 years old, comes to the rescue.

Francois Ozon is back to his best with Summer of ’85 reuniting also with actors Valeria Bruni-Tedeschi, who plays David’s mentally fragile mother and Melvil Poupaud as the gentle professor of English. He’s also exploring his favourite themes of love, loss and death.

The Summer of ’85 perfectly captures that obsessive, intense first love over a period of six weeks. The film had many titles but Ozon said he read the book in 1985 and that’s the title that stuck. He also wrote a first draft of the script at that time too but it only focused on love. Thirty five years on and he’s added more depth and complexity.  Much like his earliest film, 5×2, Ozon starts at the end and much of the film is told through the use of flashback and feels episodic. This works well, not least because that is how memory works, we remember pieces rather than the whole. The intensity between the two leads is electric on the screen. It leaves the viewer feeling intoxicated and yet stifled by the intensity of the love Alexis feels for David. The supporting cast, especially Kate (Philippine Velge)) who forms a sort of love triangle between the two boys, is excellent.

Occasionally, where a director embarks on a passion project they can become so obsessive that they lose the audience. Happily, that is not the case here. Ozon’s attention to the detail and the decision to film on a super 16 film to reinforce a time before digital film is inspired. There is enough intrigue to make this film compelling together with the performance of Lefebvre. This is a coming of age story that is refreshingly different and nuanced. The Summer of ’85 reminds us of how everything is dramatic to the young and, your first love is the one that cuts the deepest.

Summer of ’85 is released in cinemas across the UK  and Curzon Home Cinema on Friday 23 October.