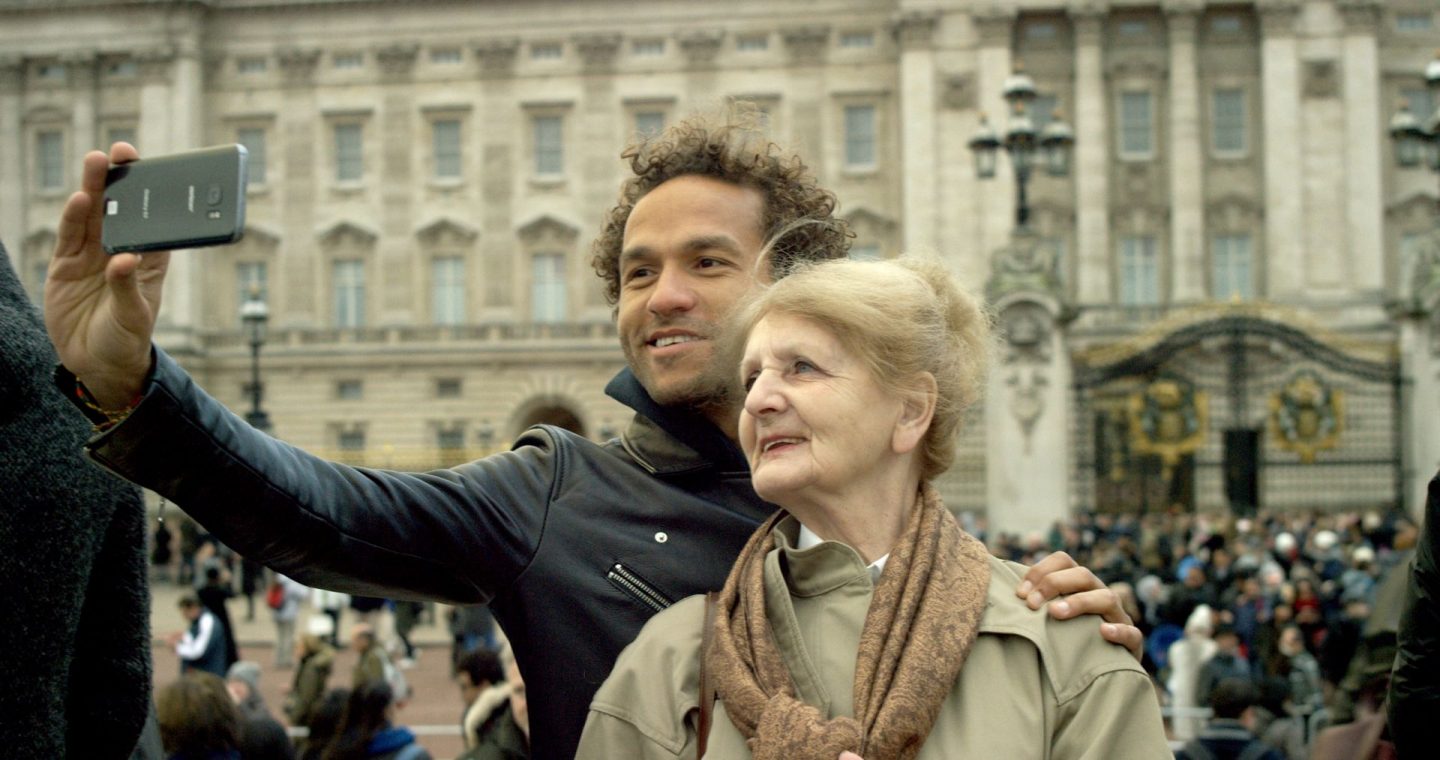 Duty Free is an interesting documentary, on one level a love letter from a son to his mother who gave him opportunities she could never have. On the other, it is a meditation on ageism, visibility and how the most vulnerable are treated in American society.

Duty Free  is the story of Liverpool born Rebecca who emigrated to the USA in the 1970s and after divorce from her first husband, found love or so she thought and had two sons Gabriel and Sian-Pierre Regis. This documentary starts with Rebecca now 75 being discriminated against by her employer who essentially wants her out of the job and the flat, she enjoys rent free only because she works 24/7 in the same building. At 75, Rebecca is still very active and can work although really the question is what as a society are we doing for individuals such as her. She has to work as she takes care of her schiziophrenic older son, Gabriel.

What Duty Free does really well is to take an unflinching look at ageism, which is still not taken as seriously as other forms of discrimination. This is especially true towards the end of the film, once Rebecca’s story goes viral on social media and so many people start contacting her to share their experiences of ageism starting from the very young age of 55!

Her younger son, Sian-Pierre in an effort to lift his mother’s mood creates a kickstarter to finance her bucket list of dreams. It is quite distressing to listen and watch someone who has worked hard their entire life talk about killing themselves because of the ageism they are suffering at work. This is really heartwarming as some of the dreams are quite small; such as baking a cake with her granddaughter to milking a cow. Others are much bigger of course and include visiting the daughter she gave up and sent back to England. Whilst social media has its faults, it does help provide a platform for those who feel invisible and forgotten by society to be seen. It also helps that Sian-Pierre is a journalist. Even though it is his mother, he doesn’t give in to the melodrama that could easily have engulfed such a personal project. Rather he looks, as objectively as a son can, at the many facets of the woman, he knows as his mother, before him.

As a postscript to the documentary, we learn that Rebecca is still working part time at 78. There are 25 million Americans in a similar position to her with no provision for their retirement.

DUTY FREE is in UK cinemas from 25th March and will stream on Mother’s Day for One Day Only 27th March www.dutyfreefilm.com
Film Stream (£8.00): https://vimeo.com/ondemand/dutyfreeuk