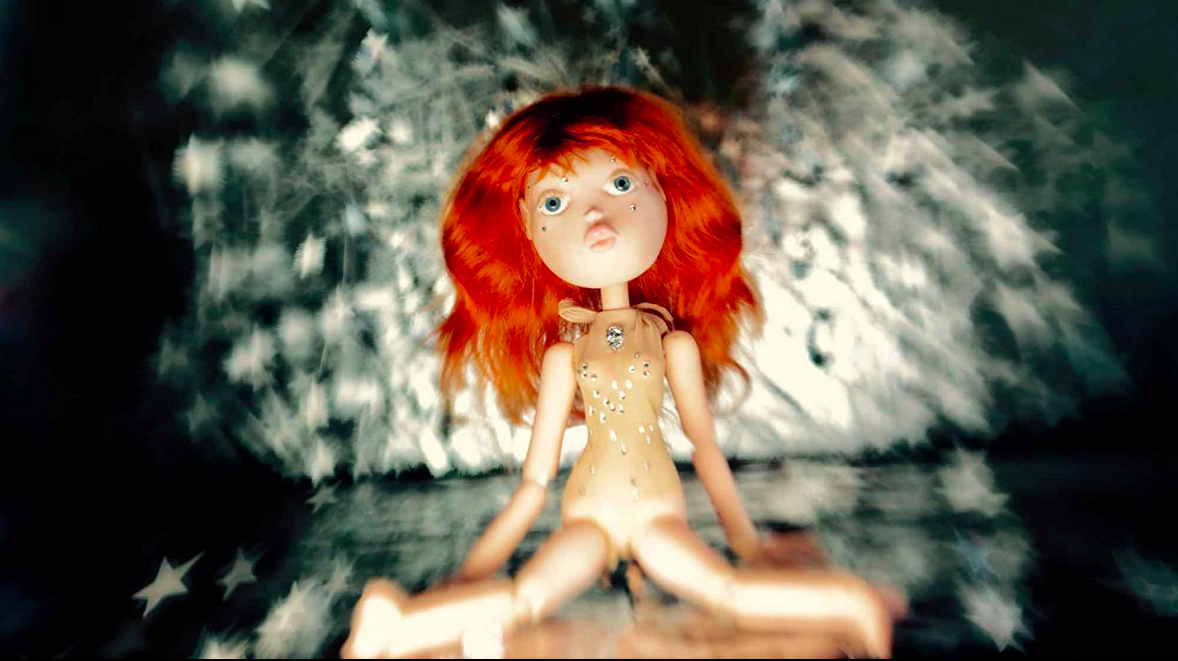 DOLLHOUSE: The Eradication of Female Subjectivity from American Popular Culture is an animated satirical feature by writer, director and producer Nicole Brending. It is a shocking and provocative look at how modern society treats young women as disposable playthings that are there to entertain and earn money. It is quite simply brilliant.

DOLLHOUSE: The Eradication of Female Subjectivity from American Popular Culture looks at the reality, manufactured pop world through telling the story of Junie Spoon. From the moment Junie could walk she was being exploited, first by her mother who, having had very limited success in day time television, decides that Junie will be the star. From that moment on, Junie’s life is not her own: her manager abuses and takes advantage of her. Just when you think the story cannot get any more shocking, it does. There’s just one scandal after another: bank robbery, murder and selling off one’s own vagina and then having a trans Junie Spoon claiming to be the real Junie Spoon, yes these are two different individuals.

The use of heavily stylised dolls and props is a stroke of genius by Nicole Brending. In the use of dolls, the audience whilst entertained by the dolls is really listening to the dialogue. It’s outrageously funny but there are times through the film where you realise the joke is on us, society, who has enabled these opportunistic individuals to prey on vulnerable women for amusement. I laughed, cried and after it was finished sat and thought about what this film is really saying. It is worth your time to see someone who is brave enough to say what we’re thinking and who goes there: the place that we’ve gone in our minds but never in reality! I look forward to seeing the next subject matter Nicole Brending decides to tackle!