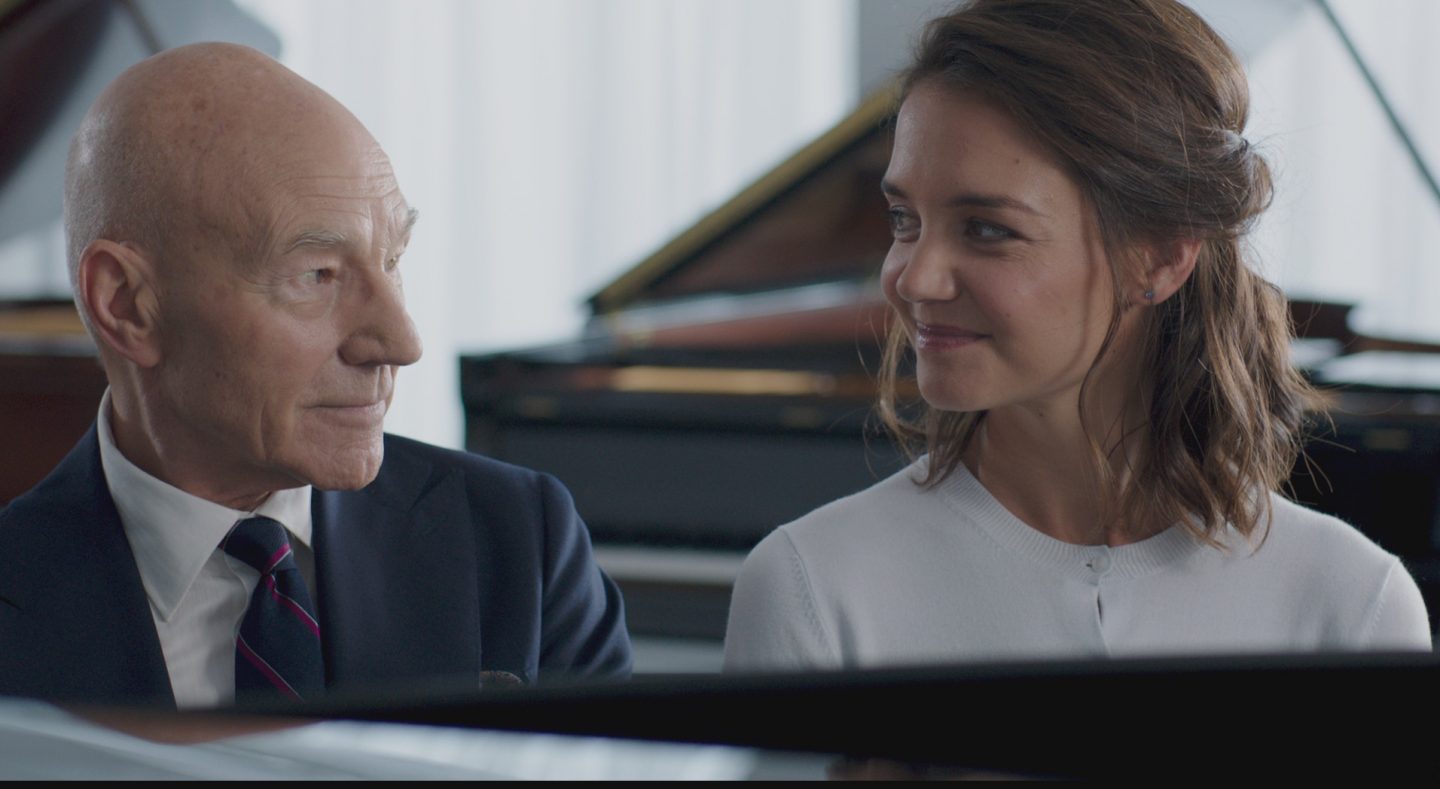 Life With Music is a meditation on success, love and music. Director, Claude Lalonde, presents a stellar cast and examines what it means to be engulfed by a passion that you define yourself by it, music, but when you are unable to play begin to wonder who you are without it.

Henry Field (Patrick Stewart) is an acclaimed concert pianist, a virtuoso.  After returning to the stage following a prolonged absence finds himself suddenly afflicted with stage fright and becomes self conscious of his playing. All seems lost until music critic, Helen Morrison (Katie Holmes), helps Henry to overcome his defences and begin to play as he once did.

Life With Music is filled with beautiful singular moments and lines such as this: “it’s strange how a single good memory can sometimes erase years of bad ones.” It draws the viewer in and asks them to sit and think about what success and passion means. What is good about this script is that it offers no solutions but leaves the viewer engulfed by the incredible musical score and a nuanced performance by Sir Patrick Stewart. Whilst watching it, I couldn’t help but think of Paolo Sorrentino’s Youth. Both of these films deal with music, ageing, lost loves and how to go on. Very little happens in Life With Music and yet everything does. It is, as I have said before, a meditation on success and how you define yourself when the one thing you’ve been defined by, music, seems to have abandoned you.

One criticism is that the love story struck the wrong note. It seemed forced and unnecessary. The film is interesting enough without it and actually Helen becomes a detraction from Henry’s story, which is how do you find yourself when the self you know frightens you. As a character, without love, Helen is interesting. Here is a woman who challenges Henry into confronting who he really is at his core rather than be submerged under the weight of success.  It would have been an even more interesting film had this idea been pursued. The other is that the agent character felt a bit of a shadow, as though not fully thought out and that is a shame.

Either you will enjoy this or you won’t. It’s not a give it a go film. It will demand you to engage your brain and think as you watch for the full 96 minutes.

Life With Music will be available for digital download from 27 July.