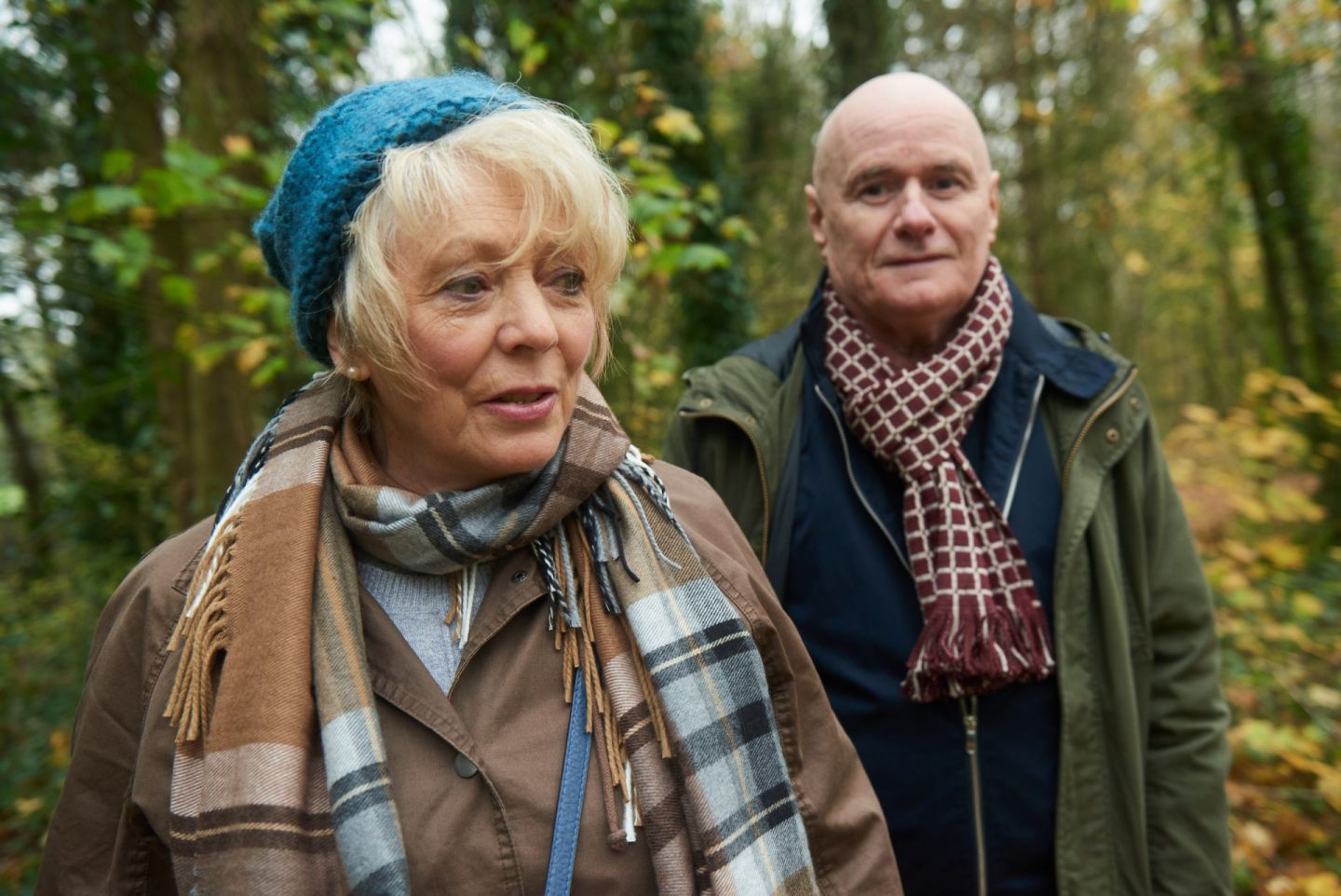 23 Walks is a story of an older man and woman who meet whilst walking their dogs in a park in North London and during the course of 23 walks start to fall for one another, except one of them has a secret. 23 Walks is written and directed by Paul Morrison and this could have been a really interesting film except it runs out of steam.

Dave (Dave Johns) and Fern (Alison Steadman) both love their dogs and meet in the same place every day due to walking their dogs at the same time. When romance starts to blossom, Dave and Fern seem to be walking towards a full blown relationship until a revelation by Dave shatters their tender romance.

23 Walks starts off well if a little cliched given that Fern has a small terrier and Dave a much bigger dog. However, cliches aside it is interesting since Fern is no pushover and it is Dave who seems the more hesitant of the two. It’s just that when neither Dave nor Fern is walking then the film becomes a bit lifeless. Even, when Dave’s secret is revealed the dramatic effect is a fizzle rather than a bang, and one finds oneself thinking “so what”.  The acting is good given the thin script that both actors find themselves with.

Cinema needs more films like these showing older people who have complex back stories and aren’t happily married for forty years. Both Dave and Fern have interesting back stories and if only more of Fern’s had been explored, we might have engaged more. We want them but we want them with really tight scripts with action and dramatic moments that add to the story. As it is, 23 Walks is on the road to nowhere, at a very slow pace.

23 Walks is released in cinemas on 25 September.