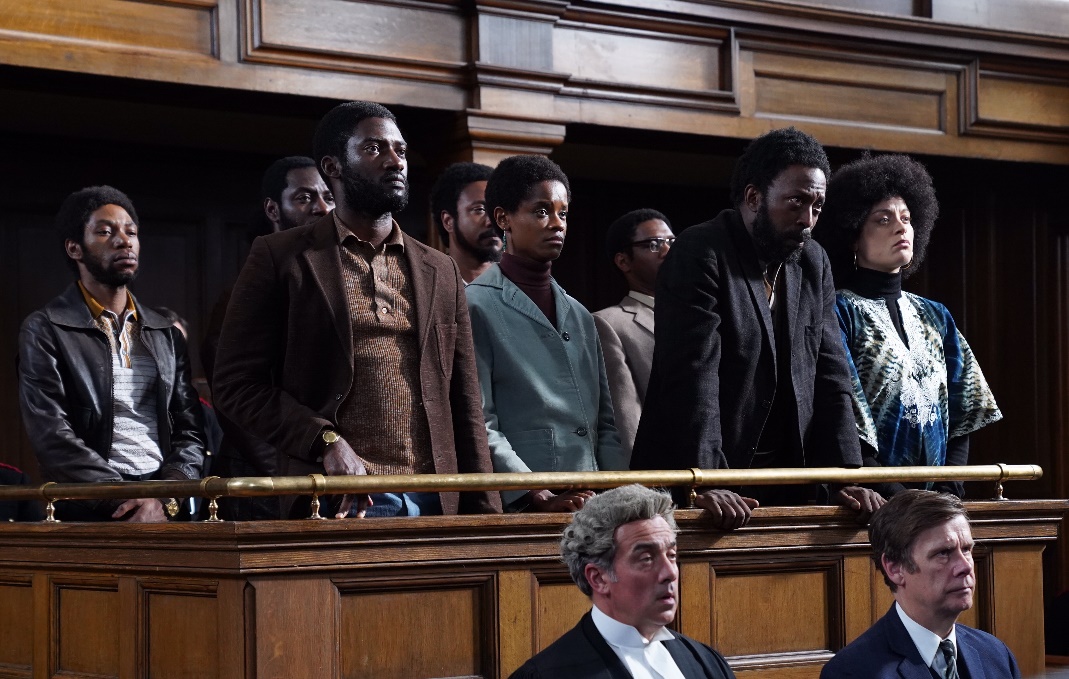 Steve McQueen’s Mangrove, part his Small Axe anthology opened the 64th London Film Festival. It is an urgent and very timely reminder of all the activism and suffering British Black people endured since their arrival on Windrush in their quest to be treated fairly, free of harassment and racial hatred in the UK.

It’s 50 years since the events that are depicted in Mangrove took place. Until this film, it’s felt as if the black British struggle against racism, police brutality etc was hidden. Comments today of it wasn’t that bad, we’re all friends now, that’s in the past don’t help and actually undermine the monumental struggle and suffering Black British people went through. This is why films exist and Steve McQueen has shone a spotlight on a story that most will not have heard of or may vaguely. History is important and mustn’t be forgotten. Mangrove tells the true story of the Mangrove 9 with the spotlight on on Barbara Beese (Rochenda Sandall), Darcus Howe (Malachi Kirby), Altheia Jones-LeCointe (Letitia Wright) who were arrested after a march that took place on August 9 1970, to demonstrate against police brutality.  Whilst the film is about the judicial process that followed, the main focus is on Frank Crichlow (Shaun Parkes) who owned the Mangrove in Notting Hill.  The Mangrove 9 trial was the first judicial acknowledgement of behaviour motivated by racial hatred within the Metropolitan Police Service.

The first half of the film provides the context of why the Mangrove was so important to the West Indian community in Notting Hill. This wasn’t just a restaurant but a community centre, a safe haven, a place that for a short time could help those who missed “back home” feel as if they were back in the West Indies and not grey England. The racial hatred exhibited by the police, led by PC Pulley (Sam Spruell) is shocking and punctuate the scenes of merriment. The direction, cinematography and script work well by not overloading any scenes. There is space even in all the vivid colour and naked aggression, for the viewer to reflect on the suffering they are witnessing. The scenes of harassment make your blood boil and provided a visual reminder to me, as a black woman, that those that have gone have paved the way so that I now have the right to ask the police why they are stopping me, and more importantly the police have to give me a reason. This was not the case in 1970.

The film excels in the court room scenes in the second half where the writing feels sharper and the tension is palpable. Each of the leads gives a powerhouse performance but Frank Crichlow ( Shaun Parkes) and Letitia Wright must be headed for a slew of awards. Parkes in particular gives a quietly powerful performance using gestures to convey a spectrum of emotions.

Mangrove finally provides a very fitting film for Black History Month bringing into sharp focus the British black struggle on the big screen. This film does justice to that showing the activism, suffering and police brutality suffered by the Windrush generation in the 70s as they tried to make a home here. In watching Mangrove, some of the same issues being discussed are still here today: stop and search. In the 1970s it was naked racial hatred, today it’s replaced by bias which is equally as insidious.

Mangrove opened the 64th London Film Festival and will be broadcast on BBC 1 on Sunday 15 November.