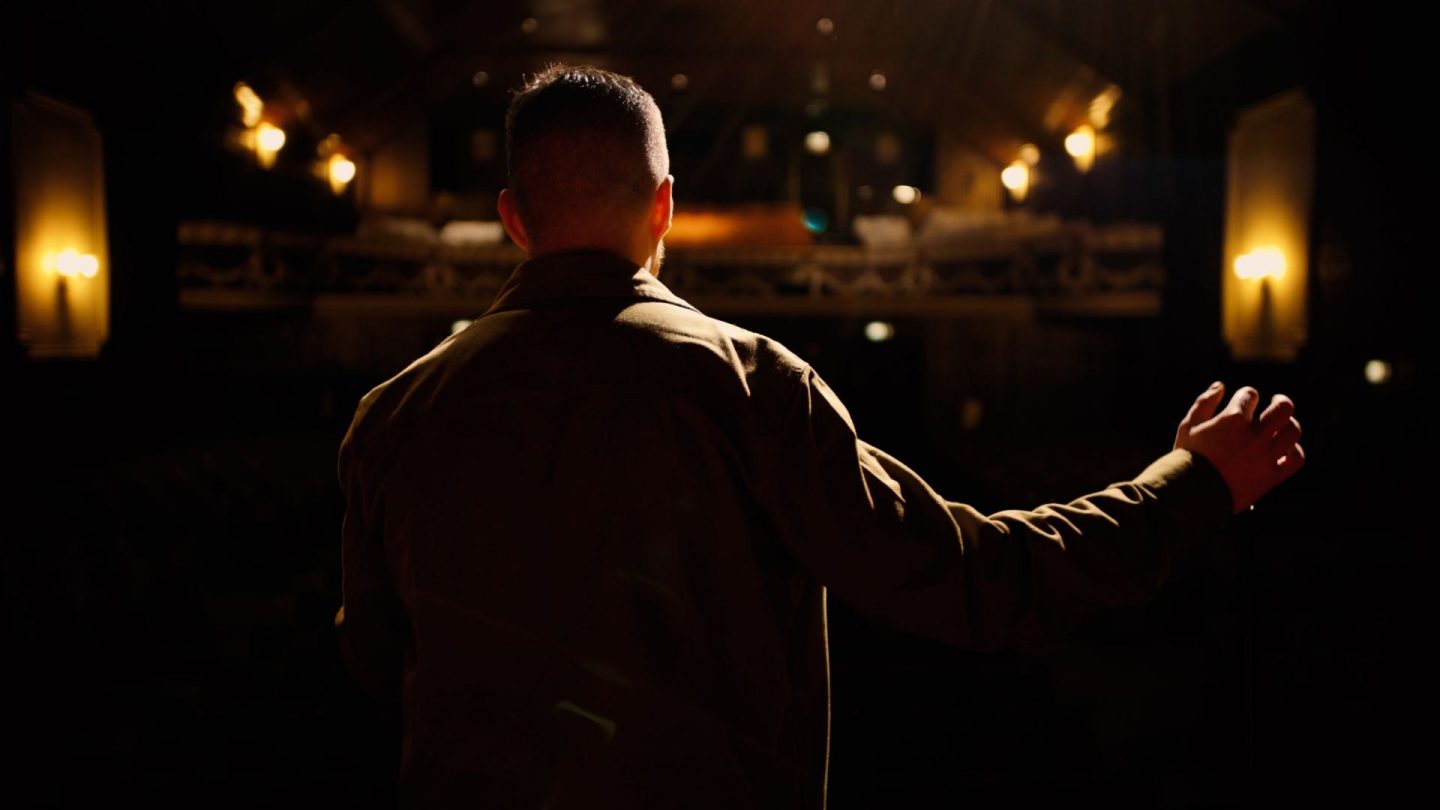 Isolated is an interesting and visually provocative  7 minute film about the pandemic through a stand up routine of Lewis Costello. Why provocative? The stand up comedian Lewis Costello Standing in an empty theatre – the expectation and reality that we’ve all faced in 2020 is simply distilled into the 7 mins of the stand up routine discussing how we’ve collectively dealt, or not, with the pandemic. Nothing is wasted as Lewis guides us through the pandemic. The beginning of the film starts with a voice over warm up by UFC ring announcer Bruce Buffer. This is a really clever move. His introduction mirrors how most of us felt at the beginning of 2020, that it was a new year and the exciting start of a new decade. Then the camera pans to Lewis standing in an empty theatre, a strange and unexpected sight which exactly mirrors how most of us have viewed 2020.

The idea of this project, Isolated, was conceived when Lewis’s first solo tour was cancelled due to the pandemic. He says of the project “I was aiming to minimise the strangeness of the empty theatre as much as possible, and perform as if speaking directly to the people watching at home.”

What’s really interesting about Isolated is seeing a stand up comedian perform to an empty audience. It hits you that comedy like so many things is a collectively enjoyed. That’s not to say that Lewis’s jokes aren’t funny, but in consuming them at a distance, as one does watching it on the screen, without the benefit of an audience in the theatre these take on a different dynamic.