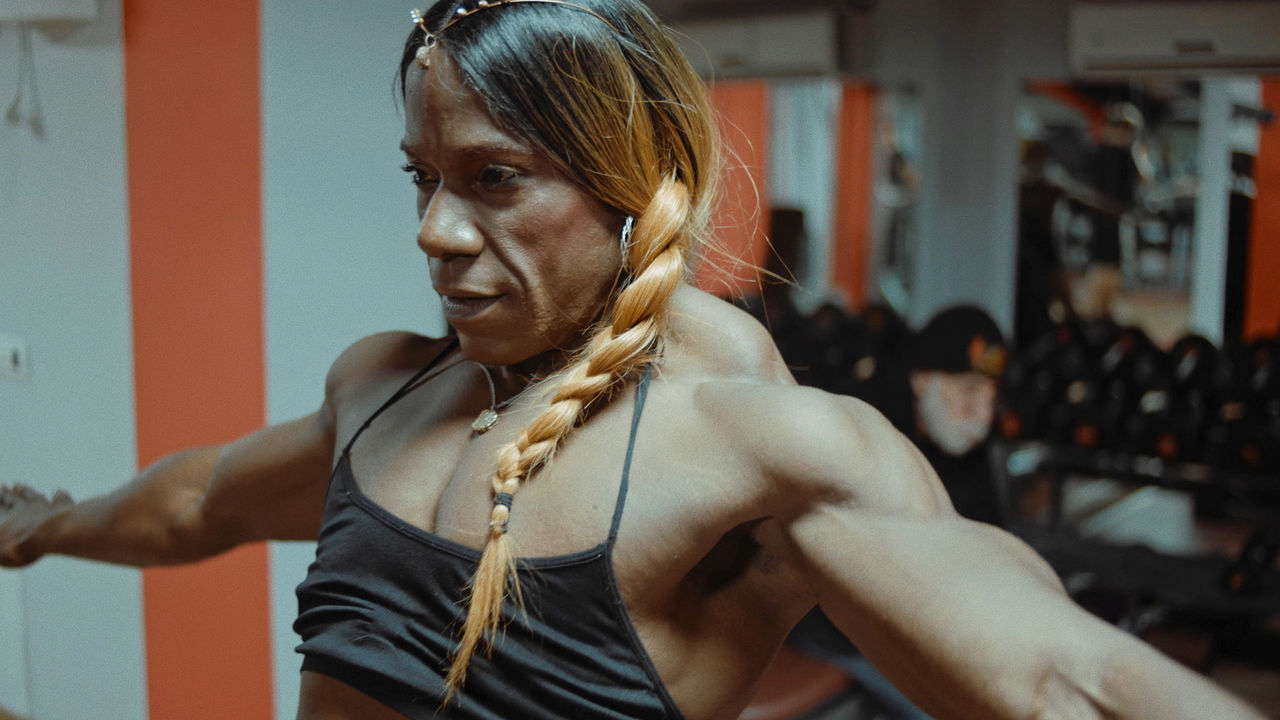 I Am The Tigress is a terrific documentary because the subject matter is so unexpected and the journey we are taken on makes us, the viewer, question our own assumptions.

We meet Tischa Thomas aka Tigresse in the middle of a competition. This 47 year old woman, mother of 3, has already been on an incredible physical journey from weighing 300lbs to shredding body fat and getting ripped. We get to follow her journey to train her mind to catch up with her body.

This documentary really casts a spotlight on diversity and why representation matters. Tischa is not queer or trans but she is subjected to horrific abuse. How she keeps smiling is a testament to her strength. I thought the juxtaposition of her physical strength versus how fragile her inner strength was fascinating. Seeing this type of vulnerability on screen, especially from the viewpoint of a black woman, is rare and we need to see more of it. Every single cliche and perception you had about black women will be obliterated when you watch this. Hopefully, this gets picked up by a major distributor as it really should be seen widely.

I also really enjoyed discovering the dynamic between Tischa and Edward, her roadie. The two of them nude on a Florida beach is some of the best scenes you’ll see this year. This documentary never feels voyeuristic or cliched which is a testament to directors: Philipp Fussenegger and Dino Osmanovic.

My only pit in watching this documentary is that I wanted to spend a little bit more time in Tigresse’s world.  Although I see she’s on Instagram and living in Berlin, so I’ll be able to dip into it now and again.