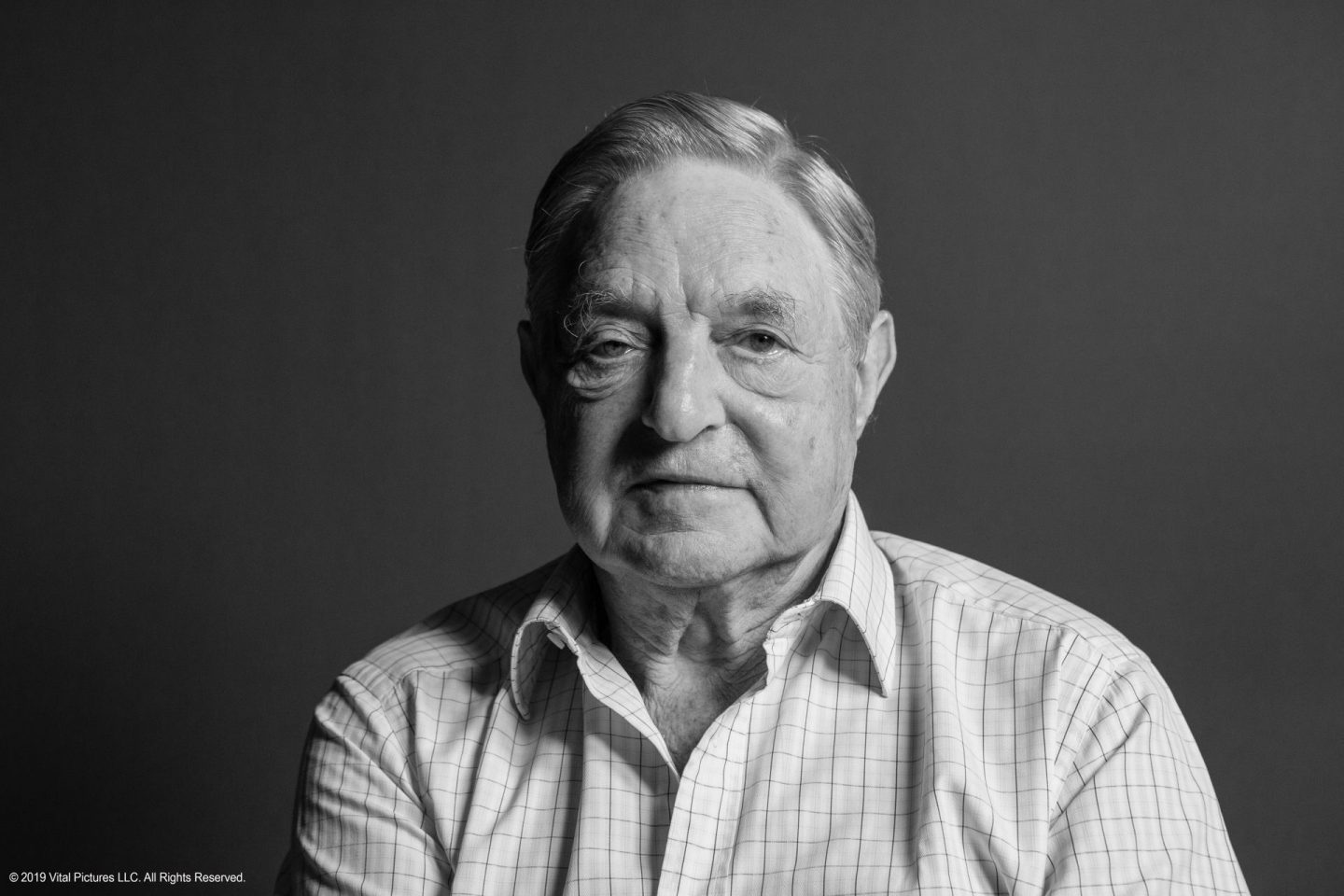 Every saint has a past and every sinner has a future, so goes the saying. What, then of George Soros, is he a saint, sinner or very complex and enigmatic individual. Is it in fact too reductive to talk of him in such black and white terms when in fact he’s in the middle? This documentary called Soros, attempts to give a portrayal of the man, his motivations and above all try and stem the abhorrent antisemitic narrative that seems to surround any story that involves Soros.

The documentary filmmaker, Jesse Dylan met Soros in 2012 whilst working with Soros’s open society foundation.  He says of that time: “I gained a much deeper understanding about what doing good actually means…George is one of the biggest actors for good the world has ever known.”

Knowing the standpoint of any director of a documentary is important because it is invariably their voice we, the audience, hear whether directly or indirectly. After watching this film, I still don’t know if I actually know who Soros is or fully support what he does. By the end of the film, you feel as if something is left out. This is not a warts and all documentary, even if Jesse Dylan was given unprecedented access to Soros, his children but interestingly none of his wives appeared, including the current one. There are a lot of talking heads which overwhelm the narrative. The film is never clearer than when it focuses on the time when Soros was growing up in pre war Hungary.

When we first meet Soros, he is asked why he decided to fund students at Cape Town University in apartheid stricken South Africa of 1979. One would think that is a very positive and noble thing that he did. However, he replies “don’t ask me about that let’s start with my life”. It’s clearly very important to Soros how he’s viewed and only he is allowed to tell the story and control the narrative. We get to hear him tell it but the subtext pieced together from snippets of what the historians and those who know him pose the central question: regardless of whether he’s doing good or not should one man have all this influence?  At the end of the documentary film, it lists all the causes he has contributed to. He is through his money present in 120 countries. One can’t help but think that Soros is like the UN or maybe even bigger than the UN. Soros, the billionaire, wants everyone to have access to the same and believes this can only be achieved through democracy.

Soros the man is, one deduces, trying to emulate his father’s behaviour during the second world war. His father pretended they were Christians and refused to wear the Jewish star of David and that is how they survived. He tells of once incident where his father handed cigarettes to fellow Jews so that once the war was over they wouldn’t hate Christians. The issue with the documentary film is that Soros skirts over the hedge fund years. He admits he came to the USA to make money and his honesty is commendable. However, for most, he’s known as the man who bet against the Bank of England caused Black Wednesday in 1996. Albeit he was doing what he did best, make money but still. Once he got bored with making money, he did say he started to have messianic ideas which is a slightly alarming thought.

There’s a narrative that surrounds his deeds especially in his native Hungary of Stop Soros, the abhorrent antisemitism and the alt-right in America condemning his actions. Is it that these people fear equality and therefore hate Soros for trying to promote it. The documentary does show the good he does but, even with the best of intentions his judgment is not always right as is shown in the case of Myanmar.

An interesting portrayal and worthwhile documentary but I wonder if it would have benefited more by not having included Soros in the making of the documentary. Watch it and make your mind up about 90 year old George Soros: who is he?