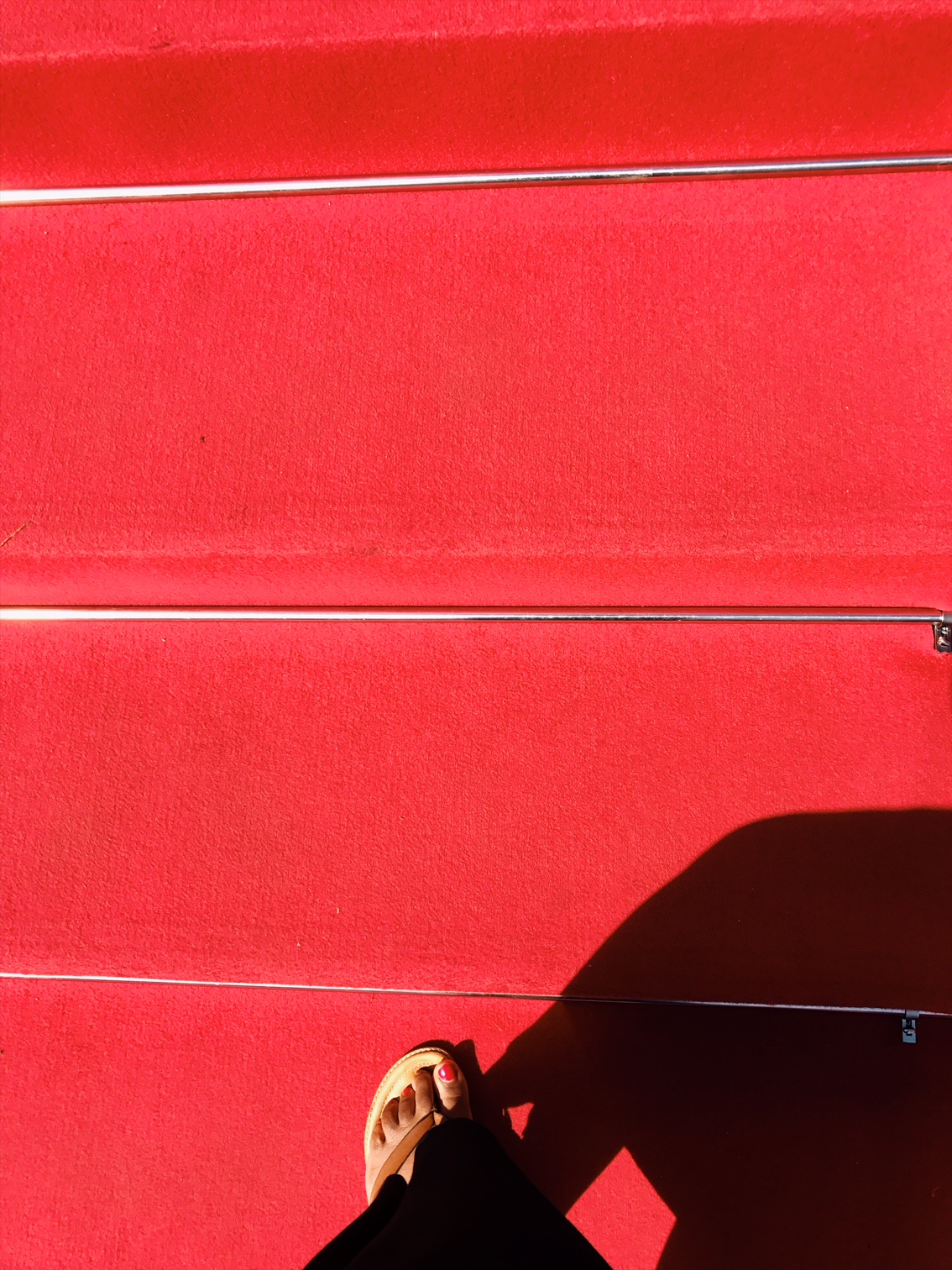 The sad truth about the Netflix v Cannes Feud is that it is less about the films and more about the media attention of these two brands. The irony, of course, to those of us lucky enough to have gone to the Cannes film festival is that nobody actually watches films at the festival. This sounds ridiculous to say, but it is true, Cannes is a film market more about the money and industry rather than viewing the films.

The other irony is that both the Cannes Film Festival and Netflix are equally difficult to navigate and just when you are on the cusp of finding a great film, you either run out of patience, food or both.

Yes, that is my manicured foot on the red carpet. I am rather pleased with that photo, a sort of stamp on the whole le selfie ban. Apparently, this year there is a selfie ban at Cannes. There was a selfie ban last year but that didn’t stop anyone taking selfies.

Here is the insider track from an ex Cannes Film Festival virgin.

Getting the press pass is the easy part.

It isn’t necessarily easy getting one but after getting through the paperwork and then the confirmation you have a pass, you sort of feel – triumphant. Ha, sit back down you aren’t a star yet. The French have a saying – why make it easy when you can make it complicated. The Cannes Film Festival organisers have taken this to heart. So you have your pass, next, you need an invitation.

I’d never heard of an invitation, I bloody had a press pass what else did I need. Can’t I just rock up? So naive, what an ingenue I was. At the bottom edge of the pass is a number, that number you need to log into the Cannes festival site and then apply for invitations. Honestly, you couldn’t make it up. There is no guarantee you will get the said invitations. There are different colours of invitation – blue or orange. If notified that you obtained an invitation then you had to go quickly to the machines in the Palais des Festivals to collect it before the deadline, no exceptions.

Every day on the Croisette, I saw people standing with cards saying – 1 invitation, please. However, people didn’t want orange invitations. They wanted blue ones. BLUE definitely is the warmest colour and easiest as you didn’t need a pass to accompany it.

Can you imagine going through all of this as a seasoned vet? The answer is no. I have done Venice, Edinburgh, London, East End film festivals and never had to do this. Also, Cannes is about the parties so can you imagine drinking and partying and still wanting to go to an 8 am screening. Precisely. I, as a hardcore South London girl did but it was touch and go. As I said, no one goes to watch the films at Cannes, no one.

They had two films at Cannes last year. That’s it two films. I no longer have Netflix. Not because I think there is anything wrong with watching a film at home. I love my bed, and I do mean love. However, I’ve found even in my role as a film critic I can spend a ridiculous amount of time hunting for a film in the vast catalogue.

A film festival is curated, which means the films are carefully chosen and the list isn’t so long that you can’t make a decent choice after about two hours of looking at the festival guide. If streaming is the way forward, and it may well be then these services need to be better curated. There are some hidden gems on Netflix but all that happens is that they get buried deep in the vast catalogue of films. Netflix produced Mudbound which was excellent but in order to give a chance to emerging filmmakers and the like, it needs to curate the catalogue it has. Cannes needs to get real about what it is and then update this hellish invitation system.