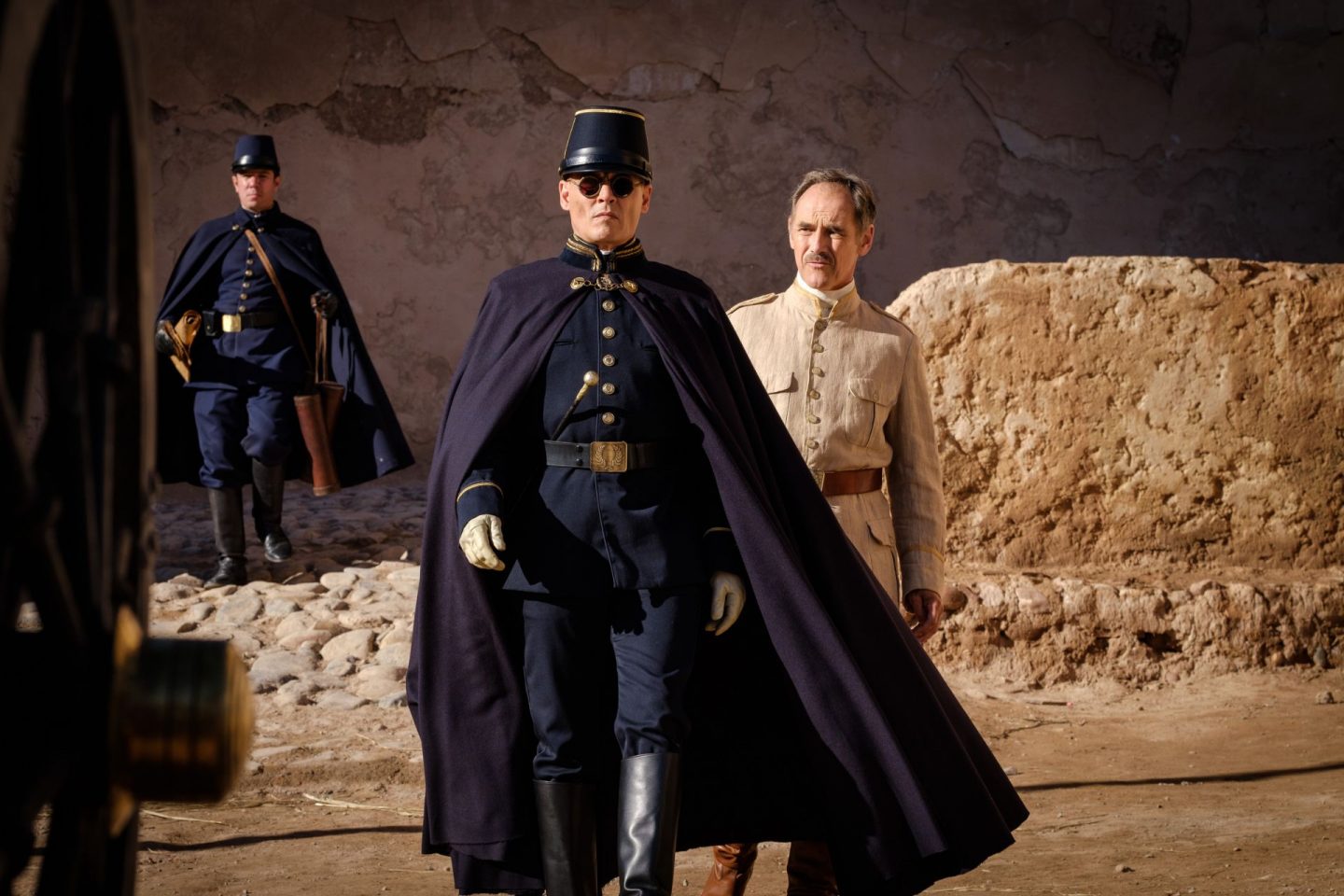 Waiting For the Barbarians is based on the novel by JM Coeteez about the Magistrate (Mark Rylance) of a colonial outpost, who is visited by Colonel Joll (Johnny Depp) who has come to interrogate the Barbarians.

Waiting For The Barbarians is not so much a film as a meditation on colonisation, misplaced fear and humanity with shocking scenes to punctuate the tedium of languid desert scenes.  Mark Rylance’s character talks a lot and tells us rather than shows us, albeit there is a bit of showing near the end, his humanity. He questions the motives of the Colonel, “how do you know you’re hearing the truth?” To which the reply is, “there’s something in the tone”. Although, the “truth” is always extracted through torture as Colonel Joll says “pain is truth all else is subject to doubt”. There are some very interesting pieces of dialogue scattered throughout the film but that alone isn’t enough to make it engaging. It is heavily stylised and Johnny Depp’s sunglass wearing character is ridiculous although not enough to elicit a laugh.

This is the film that attempts to tackle a concept without deciding what the angle is and adding depth to the characters shown in it. By the end of the film, it is clear that the barbarians are not them but those who exert authority through fear and torture. This period drama would have been more interesting with characters the audience could engage with and that had depth, a missed opportunity.