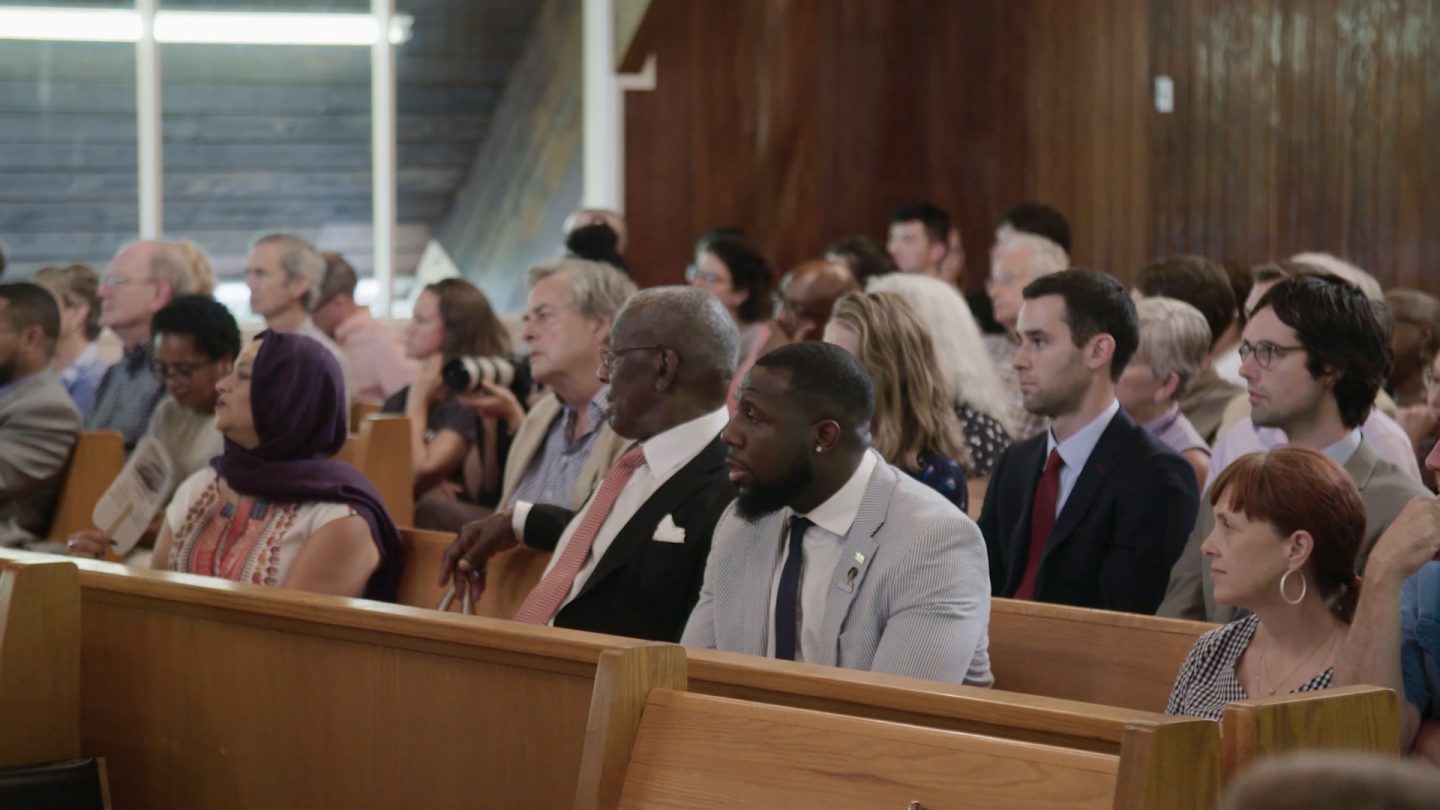 The Triple D: division, dehumanisation and demonising everyone that opposes us politically, racially or sexually has resulted in such a divided nation, the USA. The Reunited States is a very timely documentary. Although, crucially this isn’t limited to the USA it is just starker there.  It is a true conversation starter looking at the very difficult issues of the conversations around racial inequality in America, Black Lives Matter, White Privilege without seeking to give any answers just information and leave the viewer with lots of questions to resolve themselves.

The Reunited States looks at the impact that Susan Bro, who lost her daughter when a car drove through a crowd of counter-protestors in Charlottesville and David and Erin Leaverton, a Republican couple who travel to all fifty states in an RV to find out what divides us, are having in their community, in the widest sense, to try and bridge the divide. The documentary is based on the book of the same name by Mark Gerzon.

The Reunited States begins with what feels a very obvious point: “before you can fix government we must fix ourselves”, and other benign expressions. However, as the documentary progresses it makes sense why the film begins this way. One person says that party loyalty has transcended loyalty to the country, the USA, and the dehumanising of everyone who opposes you on a political scale. These points are tested out as David Leaverton along with his wife and their three children decide to sell their house and travel around 50 states to see if they as a couple and family can understand why there’s such hatred and what they can do to help. It is worth mentioning that they are both staunch republicans and are starting to recognise some of the damage their behaviour has had. Some of the stories they hear along their journey, especially that of a Black single mother who was given sub standard medical care in the hospital and so lost her baby highlights why racial bias and the Black lives matter movement started. It’s these quietly powerful stories that highlight just how deep the divide goes. What is even more interesting is when the couple sits with other white people having a conversation about racial injustice, and the differing reactions and one particularly reactionary view that these are just platitudes and if you aren’t offering a solution what’s the point.

Is it diverse? Yes and no, hearing a white middle class republican couple realise that they are privileged is not necessarily new.  Nor is a white male candidate running for senate who has a gay brother. What was interesting was the tense discussion between Susan Bro and the Leavertons, the latter who are still coming to terms with being confronted about their past behaviour and being held accountable for their actions. That was interesting because they are still clearly uncomfortable with being held accountable. One of my criticisms of the film would be there wasn’t much balance, it was heavily focused on how bad republicans are but extremism and hatred exists on both sides of the political spectrum.  However, what is fresh and diverse in terms of the voices this film highlights are those who are rarely seen and that is important and welcomed. So too, was the short segment on the congress future versus the past and how the age of a lot of the congress members means that they don’t fully grasp what some of the issues are. I would have liked to have more time given to Professor Rob Lee, whose ancestor was Robert E Lee and how that legacy affects him.

The Reunited States will most certainly light a fire in you, especially this idea of dehumanising and division that so many countries endure due to the rise of identity politics and casual racial bias and hatred. You will want to discuss what you’ve seen long after the credits roll.

The Reunited States is available now on Digital Download via iTunes, Google Play and Xbox.