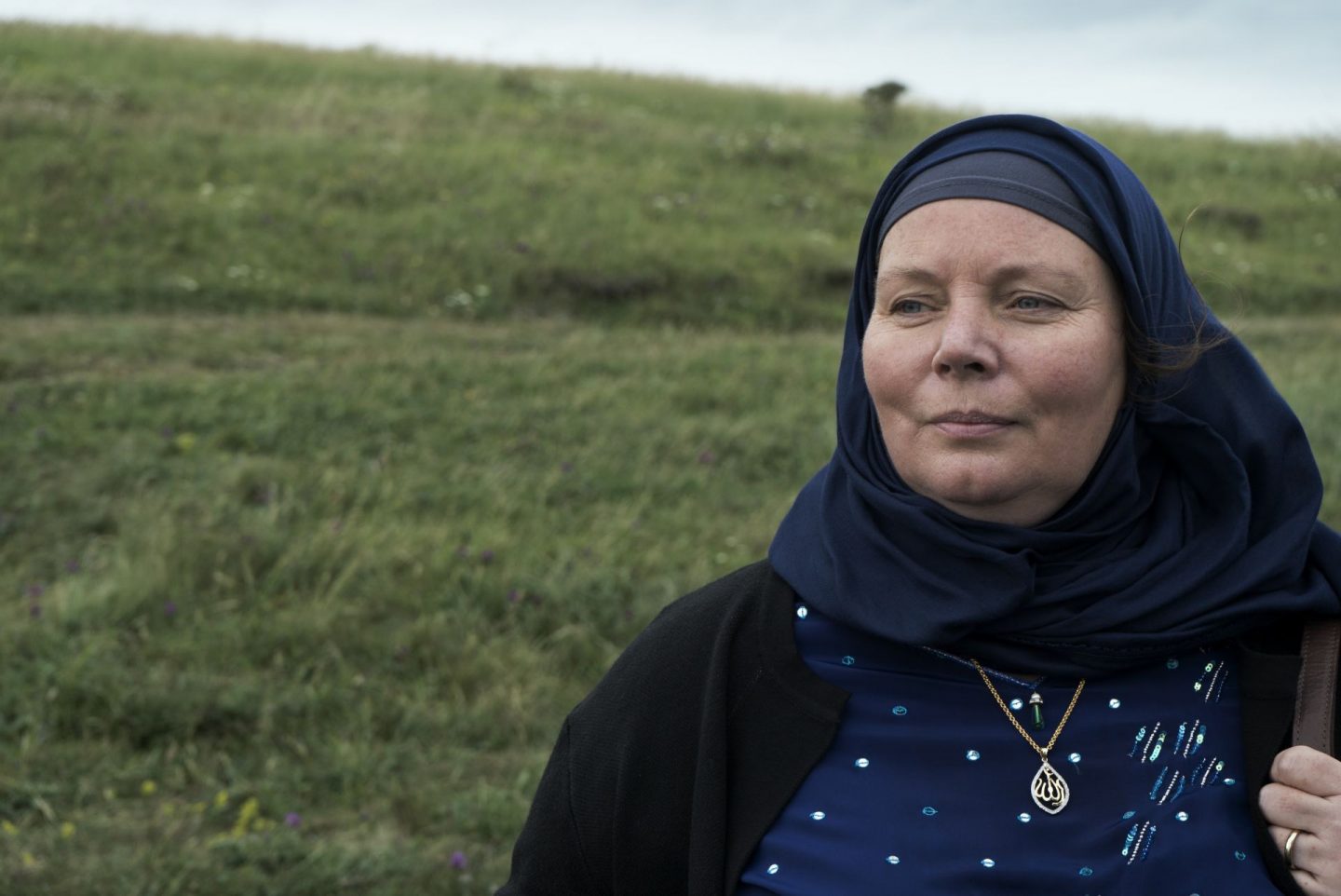 AFTER LOVE, the powerful debut feature by writer and director Aleem Khan is released in UK & Irish cinemas, including BFI Southbank on 4th June.  The extraordinarily moving drama features a compelling lead performance by BAFTA nominated actor Joanna Scanlan (Getting On, No Offence, The Thick of It, Pin Cushion), alongside French actor Nathalie Richard (Never Let Me Go, Hidden, Jeune et Jolie) and newcomer Talid Ariss in his first major English language role.

AFTER LOVE tells the story of Mary Hussain (Joanna Scanlan), who converted to Islam when she married and now is in her early 60s, living quietly in Dover with her husband Ahmed. Following his unexpected death, she discovers that Ahmed had a secret life just twenty-one miles away, across the Channel in Calais. The shocking discovery compels her to go there to find out more, and as she grapples with her shattered sense of identity, her search for understanding has surprising consequences.

The film was awarded the Cannes 2020 Critics’ Week label, followed by selection for Telluride 2020, TIFF Industry Selects and Rome Film Festival Official Selection. It had its UK premiere screening to much acclaim at the 2020 BFI London Film Festival. Aleem Khan was shortlisted for the IWC Schaffhausen Filmmaker Bursary Award in association with the BFI, presented during the festival.

AFTER LOVE is a production from The Bureau, written and directed by Aleem Khan and produced by Matthieu de Braconier. The film was developed by the BFI, BBC Film and initially by Creative England through BFI NETWORK and was further supported by the Sundance Institute Feature Film Program. It was supported through production by BBC Film and the BFI, using funds from the National Lottery.