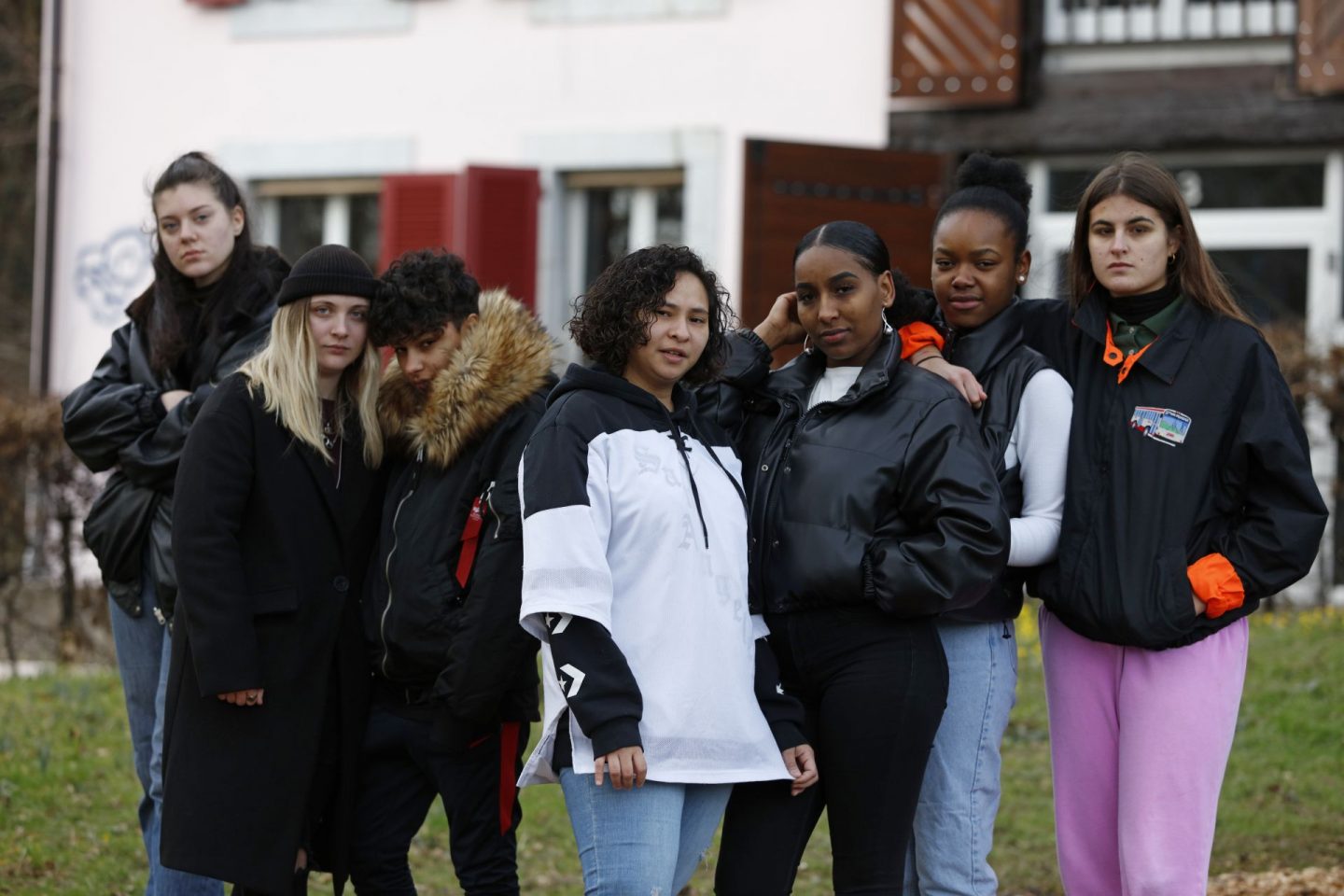 La Mif is a really interesting gaze into the foster care system in France and its impact on both staff and kids.

La Mif is divided into sections, each one is a girl’s story whilst the final is left for the head of the shelter. The constant thread throughout is the staff member’s story.
This is co written and directed by Fred Baillif who himself was a social worker in Geneva. He conveys effortlessly and without melodrama, the plight of children caught up in the social care system and the trauma that they endure. The performances are even more impressive when you realise that most of the cast are not professional actors. There is ad libbing but also the power of the script and direction giving each teenager to respond how they feel. The chaos and emotions of teenagers explodes on screen. Some of those stories hit hard but none so much as one teenager who talks of suicide because her right to remain in the country was denied and she is soon to be an adult. The scene where she sits on the stairs as the head of the care home tries to plead to her that what would her mother think of her committing suicide and the helplessness of those involved feel will rock you. What La Mif doesn’t do is provide any answers because as with the reality of the situation, there are no answers just the experience of a vicious circle with little hope.
If there was a criticism of this film is the constant looping back to the scene where there the two girls are in the shower room mucking about. Every time we see the scene it changes slightly until we get to the head of the childrens’ home story, but this constant circling back feels unnecessary.
La Mif which is short for Fam, family, will leave you pondering over what family means and the injustice of it all.