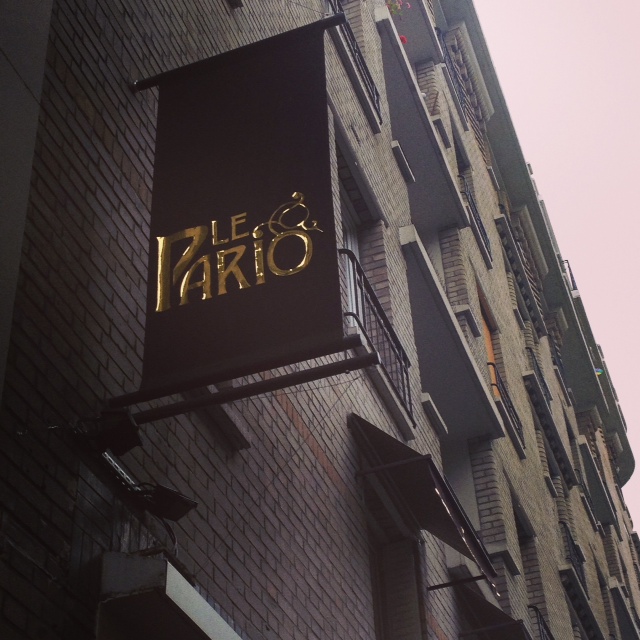 Hands up who knew Iran had a football team let alone qualified for the 2014 World Cup?

I had no idea until I drew them in the office World Cup sweepstake I organised in Paris. The French I have now learnt don’t understand the concept of a sweepstake or is that just a sweeping generalisation (couldn’t resist the pun). After much discussion and several meetings (quite) everyone agreed that €2 was a reasonable amount to put in the pot until it was announced that the winner would win and keep 75% of the pot and the runner up 25%. That’s not very fair was heard through the chorus of moans they should have to buy coffee for everyone was added – not that égalité, liberté, fraternité BS I thought.  No no I said they can do what they like with the money betting isn’t a socialist thing! Realising I was never going to win the sweepstake I decided to take myself off on a solo dining adventure to taste the cuisine of the 2014 World Cup winners -you read it here first – Brazil of course!

Le Pario restaurant is located in the 15th arrondissement in Paris also known as the arrondissement where singletons go to die and be resurrected as a married couple with a pushchair and another child on one of those irritating, ankle busting scooters. Tucked away on Avenue Emile Zola which is now in the spotlight again because of Beaugrenelle shopping centre is Le Pario. What’s in a name – the perfect marriage of Paris and Rio where the chef now lives and his native homeland.

On a very wet Saturday afternoon I turned up to have a Brazilian feast so it seemed did a number of other people. The restaurant was full aside from one table. I smiled at the waitress and explained that I didn’t have a reservation. What was the reaction? Just what I thought it would be: warm, a big smile and a no problem just give me 5 minutes to clear one for you. I was ushered to the last remaining table downstairs, there is an upstairs, with a wonderful view of the restaurant. Most of the tables are not close together except the ones that share the banquette where it’s elbow space only. However, doesn’t this add to the Brazilian warm atmosphere – I think so. 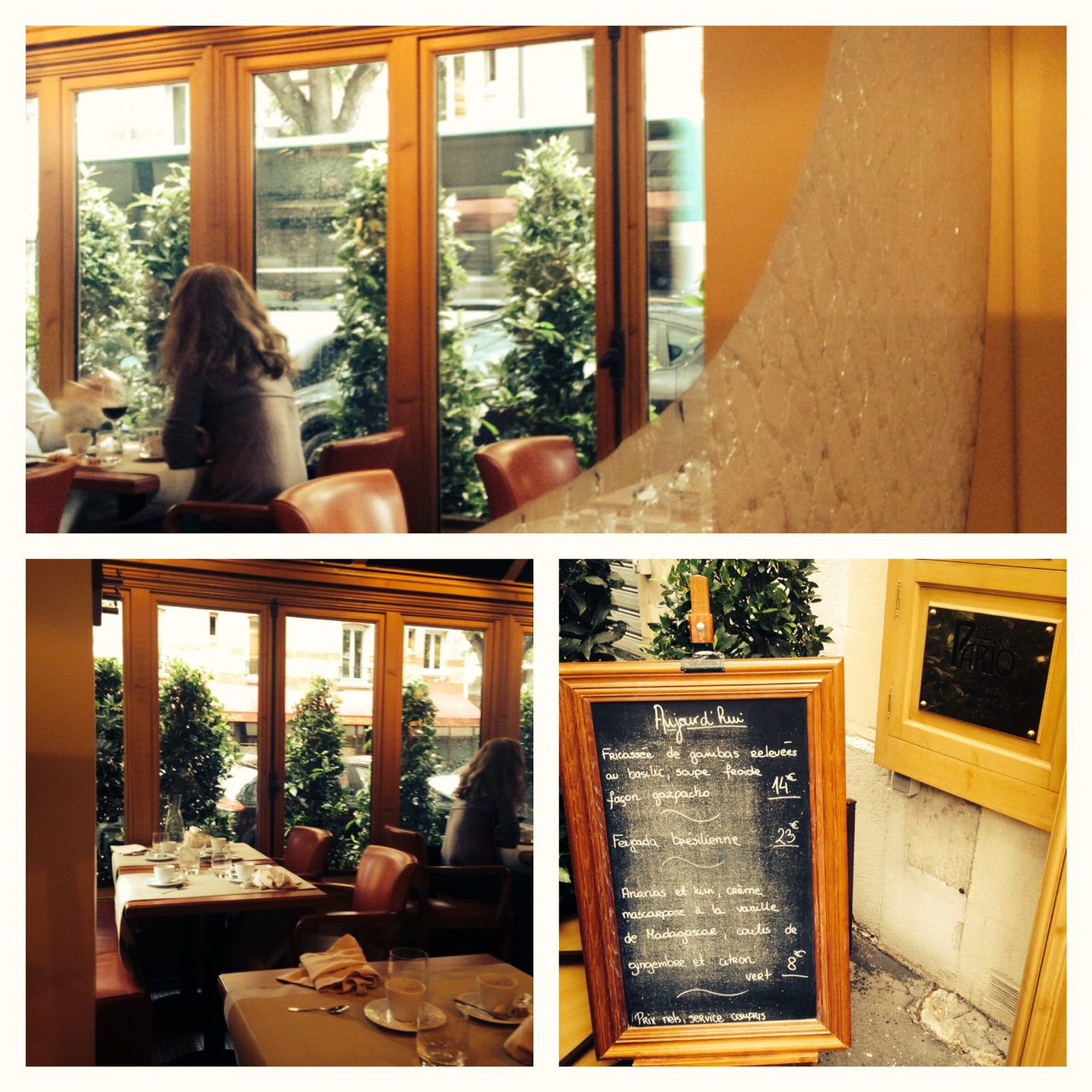 Well well well I didn’t know what I wanted to eat and everything looked good. On any other day I might have been tempted by the gazpacho but the rain and the grey skies had me shivering. I wanted something spicy or maybe just epic. As I looked at the specials I saw Feijoada Bresilienne as the dish of the day. I didn’t even try to pronounce it but pointed at it and asked the waitress to explain. Before she could get a word in my rather laconic neighbour told me it was like cassoulet -what every Brazilian household eats on a Sunday. Brazilian stew on a grey day like today – I thought give me some of that. 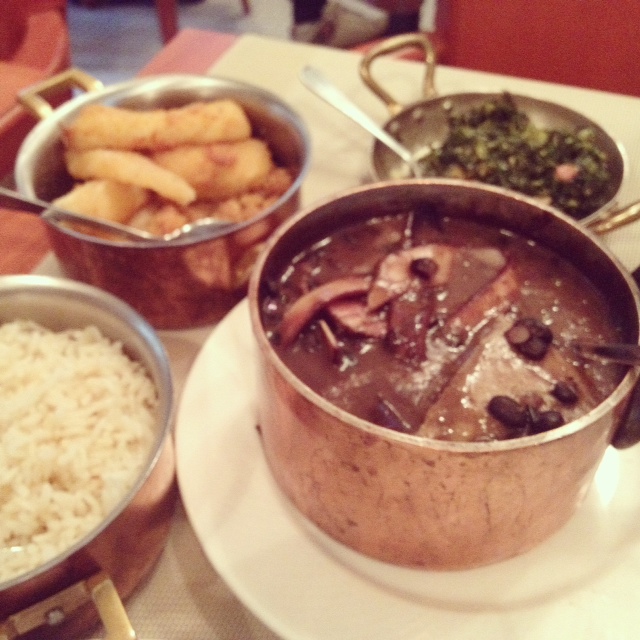 Ha! That’s the last time I listen to a neighbouring diner – a stew – this could have fed the 5,000 and then had some left over to put in the freezer! It took two waiting staff to serve the dish and whilst I did feel a little overwhelmed a thought popped into my head, how gorgeous are those mini copper pans.

Looking at all those saucepans, I empathised with all football teams: Croatia, Cameroon, Chile, Colombia et al and what they must have felt when faced with playing Brazil. It is going to be a mammoth task but lets give it a good effort as it might be our turn to be a giant killer.

Feijoada Bresilienne is made up of greens cooked with bits of diced pork, garlic sausage and  pork shin cooked with black beans, rice, plantain and some other type of sweet fried bits and then to finish with a plate of peeled oranges.

I took a sip of wine and started to eat and eat and eat some more. The garlic flavoured sausage and onctuous black bean stew was delicious and when eaten with the sweet plantain an absolute delight. 90 minutes over and I was into extra time. I relaxed and thought: the greens with bacon bits finished, the fried plantain and bits finished, most of the rice gone – come on girl you can do it. What was the result – this Brazilian dish and the gut busting portions at Le Pario defeated me – here is the aftermath: 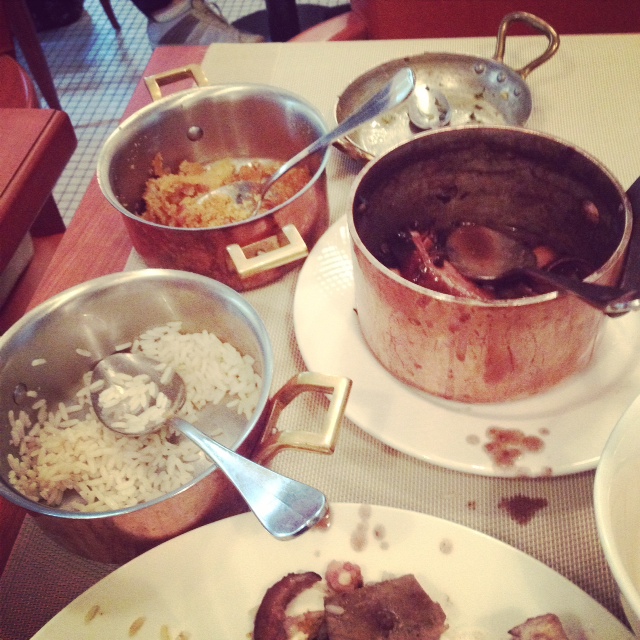 The waitress wasn’t wrong when she explained the sliced oranges was to help digest the food. I sat there and thought I hope I will be able to move. I was completely wiped out by my World Cup food adventure. I would definitely recommend Le Pario: epic portions, delicious and a great way to discover authentic Brazilian food. English is spoken here so don’t be shy and to walk off those calories head to the Beaugrenelle shopping centre afterwards or wobble home like I did for a siesta!

Open when? Midday to 3pm and then 7pm until 11pm