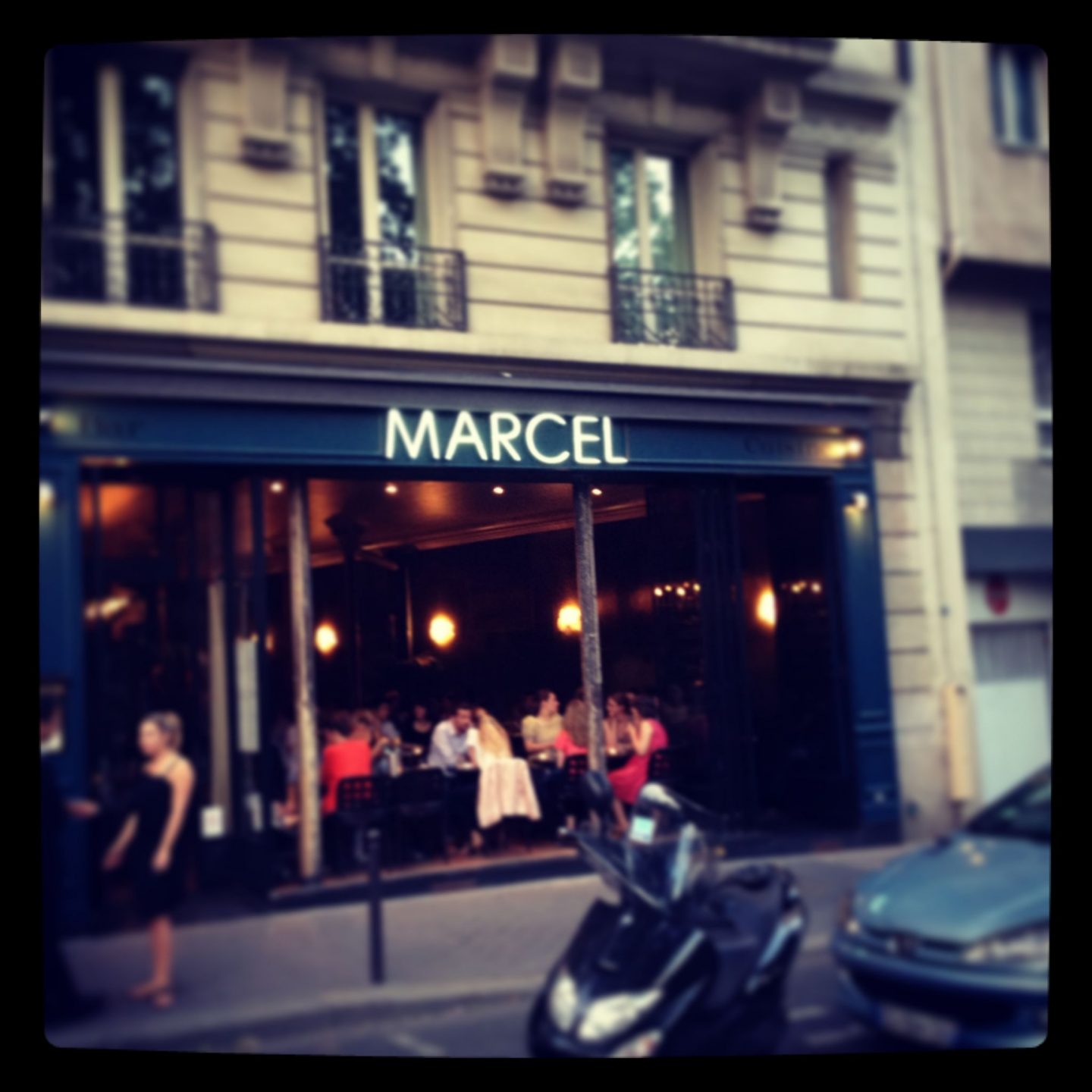 After my apero at Mems, I was ready to eat and what better place to do that than overlooking Canal St Martin. Everyone it seemed had the same idea as me. Many of the restaurants along both sides of the Canal have terraces or floor to ceiling glass doors allowing the air, if any, to circulate indoors.

Not only did I enjoy still feeling the heat on my back but I wanted to have a little fire in my belly. I knew the place I wanted to try. Having walked past it numerous times, tonight was the night or at least so I thought. The restaurant in question: Marcel. A restaurant overlooking the Canal, with those floor to ceiling glass doors pushed open, cool tunes floating out and serving high class Indian fare. Ha!

It looks glorious doesn’t it. There was a group of 4 before me and and the waitress told them that there was a spare table for 2 at the back of the restaurant but that if they were willing to wait for 10 mins then a table for 4 should be free.  I then asked if I could be seated. She asked how many were in my party and I said “just me”. “Ah” she said “Let me ask my manager if we have any room.” I played along. I could have just said “don’t bother” but I was curious to see what the manager had to say.

Now, I have pretty thick skin and am pretty relaxed about most things. Luckily, as the look of abject horror on the manager’s face when she said that I was alone and asked whether or not she could give me the table for 2. “Absolutely not, solo, no we don’t have room for her.” I had heard every single word but allowed the waitress to come back and say, rather sheepishly, that she was sorry but that there was no room. The irony of this whole affair was I was STARVING and would have ordered a starter, main and dessert and wine. Just because someone is going to eat solo it doesn’t mean that they will only have tap water and one course! Wake up people it is 2013!

Did I let the manager’s rudeness ruin my Friday night. Did I heck! I was still in search of spice and I thought I am not far from one of the most authentic Mexican places in Paris: El Guacamole! 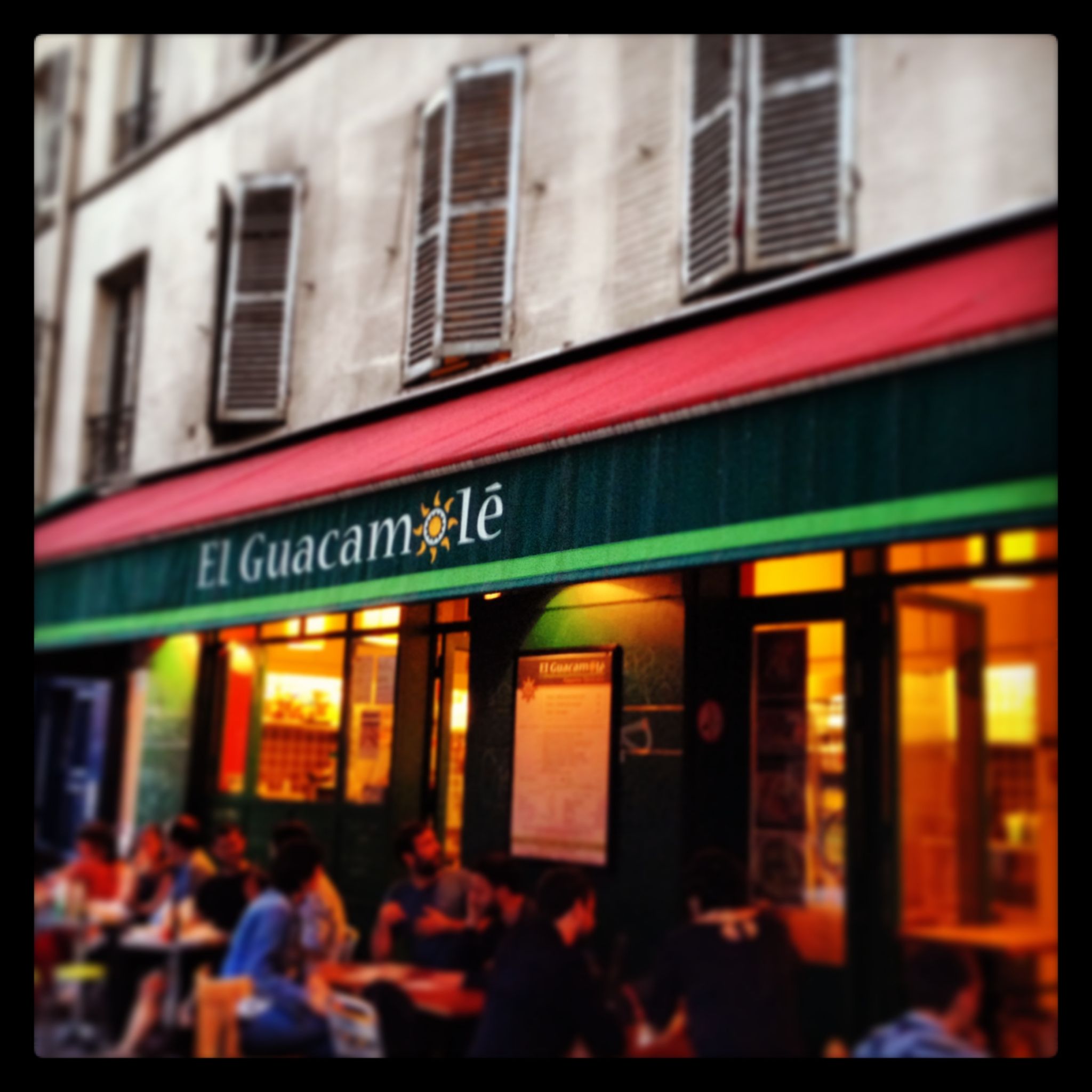 I walked there and ordered a chicken burrito and nachos with queso for the very reasonable sum of €12. I was greeted with a warm smile and asked if I wanted to eat in or take away. Now this is how all diners should be treated. I opted for take away. Once prepared I headed back to Canal St Martin and joined the many 100s of Parisians in the balmy summer’s evening and listened to impromtu sing alongs and inhaled the warm summer air mixed with various strains of tobacco! 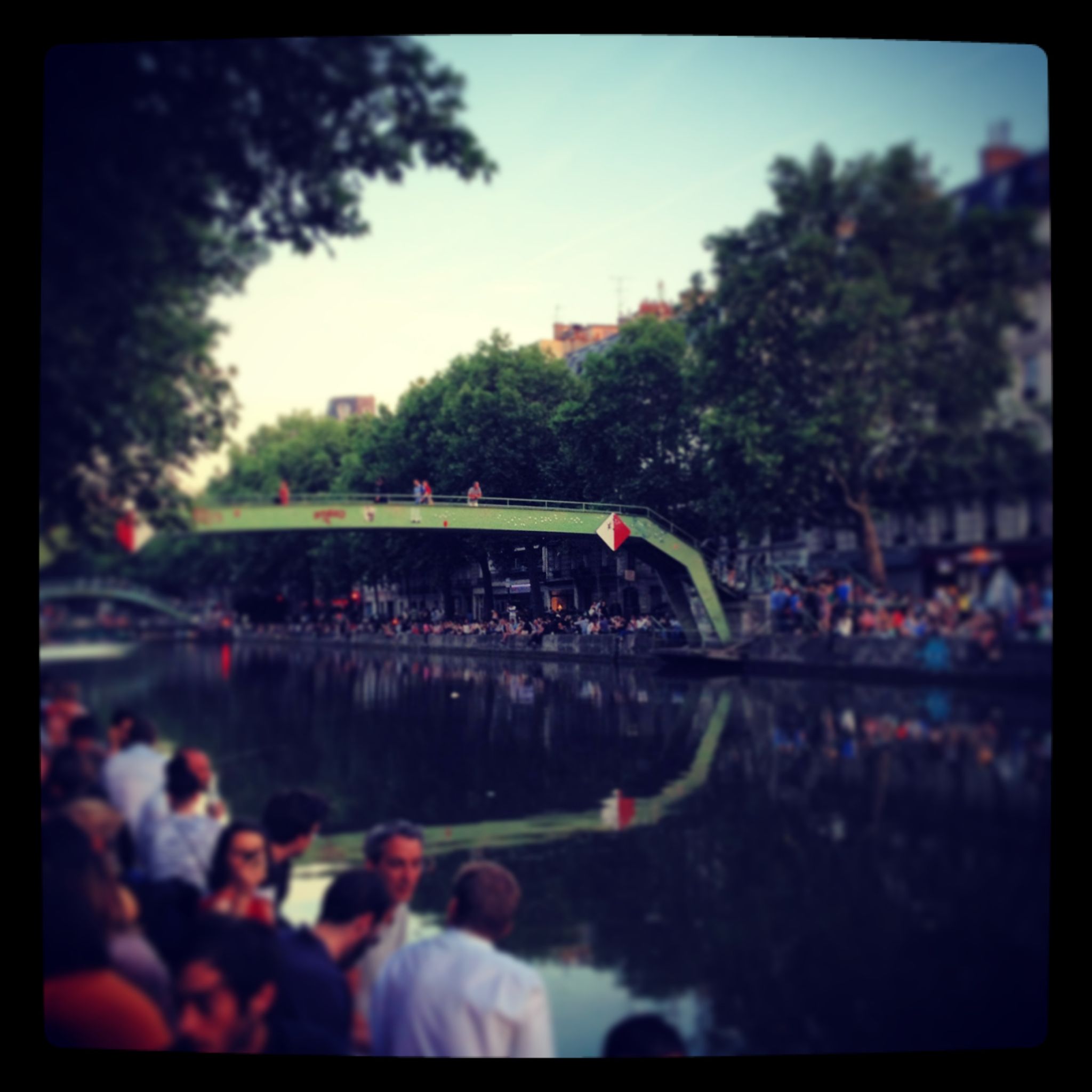