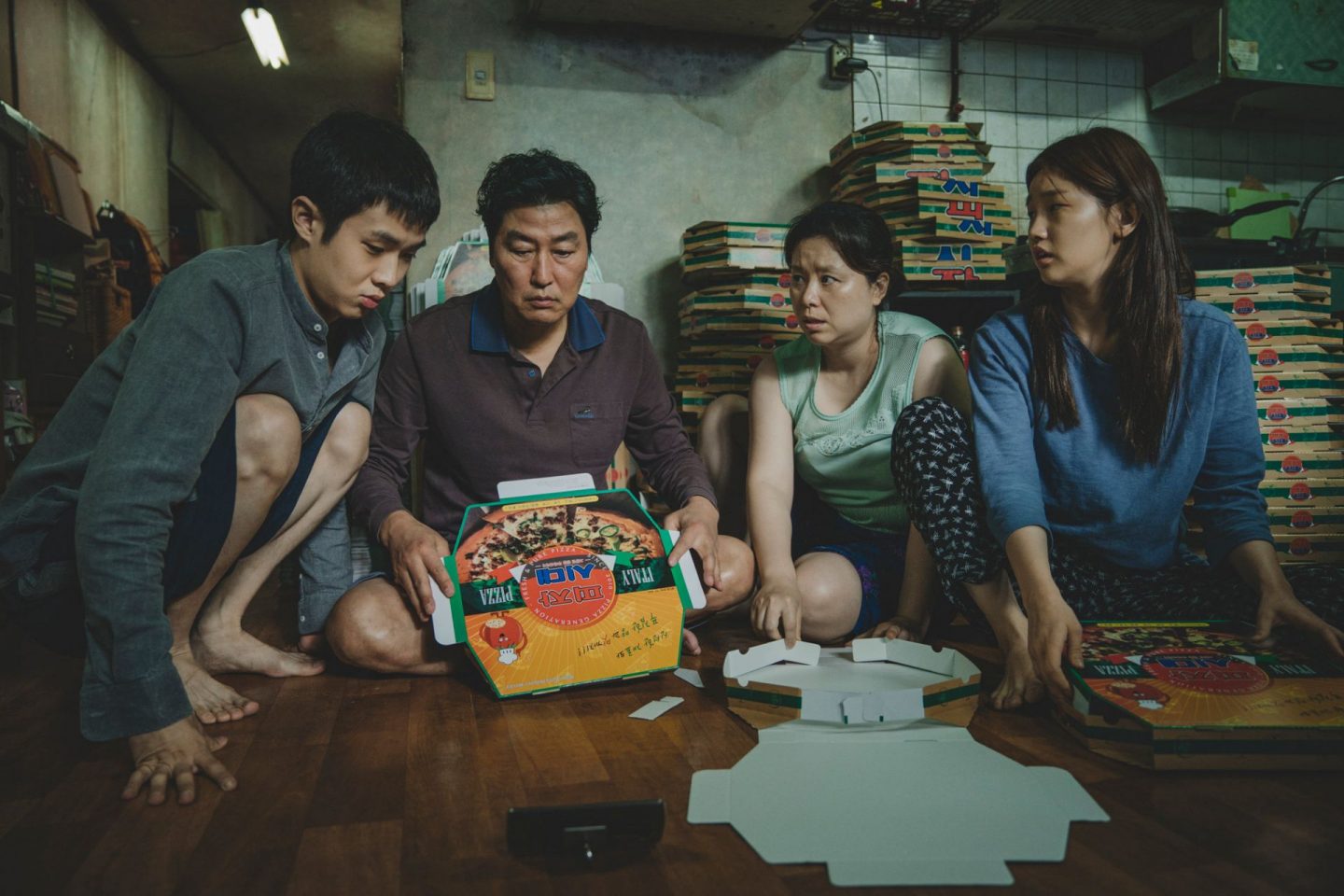 Parasite is a masterpiece.  I’m well aware that those are fighting words. How can I be so sure, well because it stands up to being watched a second, third and even a fourth time. Every viewing will illuminate something you missed the first time around. It’s wonderful that Bong Joon Ho’s film Parasite, won the best picture award at last night’s Oscars because finally, the world will start to watch more South Korean film.

Parasite tells the story of one poor family, who through an opportunity is given to the son, Kevin to become an English tutor to the daughter of a rich family enables the whole family to become “parasites” and move into the rich family’s house. All seems to be going well with the father becoming the rich man’s driver, the wife becomes the cook and the daughter teaches art to the youngest member of the rich family. However, there is always a line and when Yoon crosses that line, everything starts to unravel.

What makes Parasite such a good film is that it tells a story first and foremost, so the social commentary whilst ever present isn’t so overpowering that you cannot just enjoy the story being told. However, just with class, as you pay more attention and delve deeper do you find the beating heart of the film below stairs. At the beginning of the film, the poor family live in a basement flat and have to suffer the indignation of; being fumigated like bugs, leeching onto the pizzeria’s wifi and folding pizza boxes just to make ends meet.  The rich family’s house is multi layered and their family life is always shown upstairs, never going below stairs or even on the ground floor. Poverty is never mentioned aside from when the rich husband/father says to his wife that the driver has the same smell as people who use the metro: radishes. However, what’s clear is that the rich family are no better than the poor family, and actually it appears that they are the ones who are morally bankrupt. The way in which the rich wife eats food belies her own origins. Who is the parasite – the rich family or the poor one.

Just like in his first English language film, Snowpiercer, this film, Parasite is a visually stunning film and full of twists. What Bong Joon Ho does so well is to concentrate on telling the story and allow the audience to come to their own conclusions about the meaning of his film.  There is talk that he will turn Parasite into a tv series and possibly explain the ending, in a way the ending is clear. It ends as it begins with hope of change for the poor family and in particular the son. However, what is clear where class and poverty is concerned there is no finish line.

Parasite won 4 Oscars at the 92 Oscars and rightly so. Do go and see this film in the cinema and marvel at the level of detail and energy put into it.

Parasite was released in cinemas across the UK on Friday 7 February.