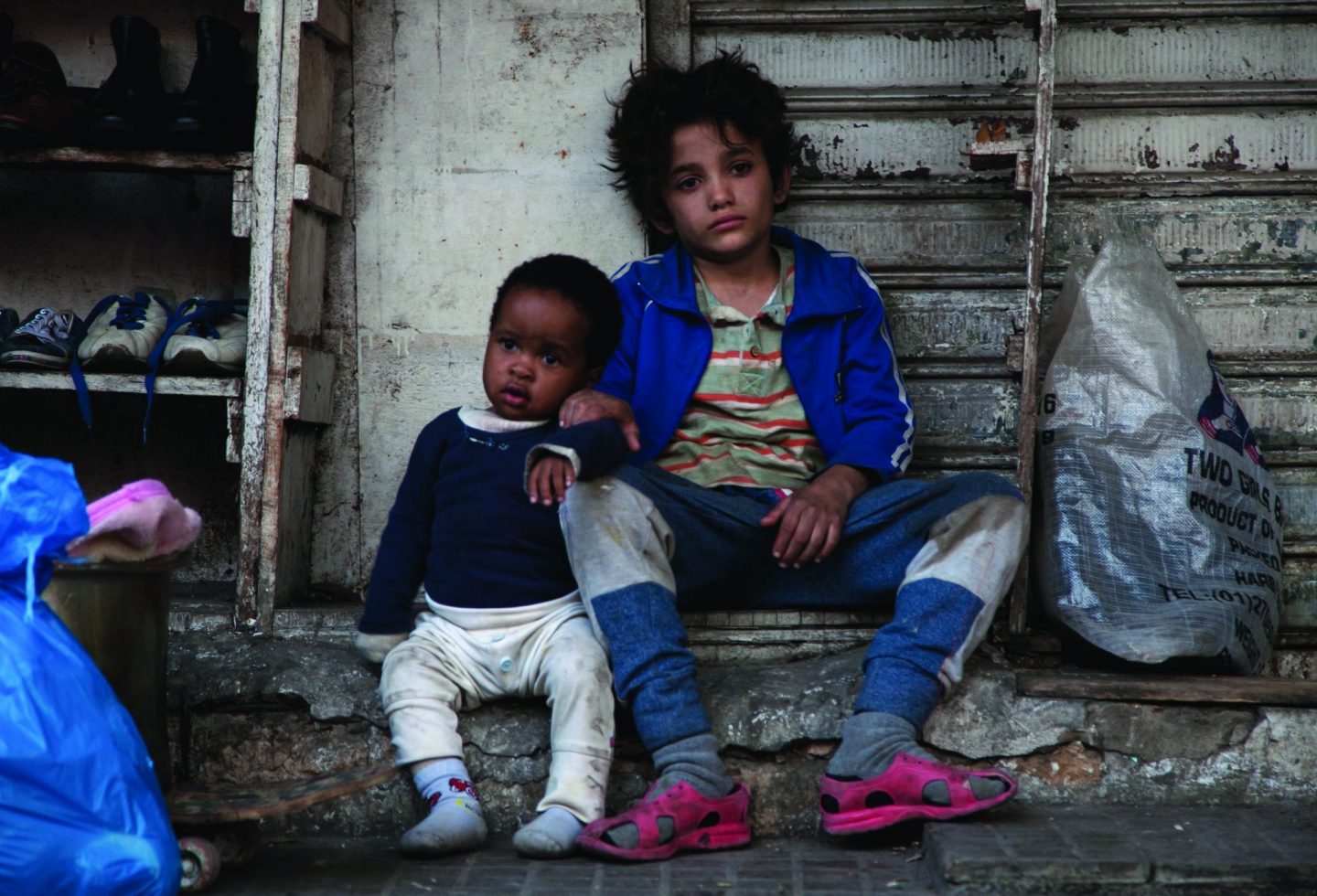 Capernaum is a coming of age film about identity and hope amongst the chaos. That is the essence of this film which won the Palme d’Or at Cannes 2018, co-written and directed by Nadine Labaki. A film is shown through the eyes of a twelve year old boy (a mesmerising performance by Zain Al Rafeea) whose only identity is through the eyes of others.

Zain (Zain Al Rafeea) is a 12 year old. He lives with his family on the very fringes of Lebanese society. These are truly the people who society forgets. We see his daily life sharing a bed with his siblings and eeking out a meagre salary to bring home to his family. He is a man before he’s even allowed to be a child. He wants to go to school but his father wants him to work. Whilst it sounds like a joyless existence he is devoted to his sister, Sahara. When she starts to menstruate, what a scene that is,  Zain steals the sanitary towels and begs her to keep it a secret from their parents for fear she will be married off. Before he is able to run off with her, his parents marry her to the local merchant he works for. Zain runs off and so the story begins but who is he and can he ever hope for a better existence. When he is arrested he decides to sue his parents for having him.

Nadine Labaki’s film is a coming of age filled with daily horrors. He just wants to belong. His worldview is that he doesn’t belong. When he finds himself sitting next to Spiderman on a bus, the old man in the costume turns to him and says: “I’m not him dear, I just look like him.” Everywhere his hopes are dashed. His parents didn’t bother to register him and so the State doesn’t even know he exists. Against this backdrop what hope can he possibly have? He then finds himself responsible for a baby when his mother is arrested by the authorities for not having her papers. Films like these where the central performance is by a child actor live or die by that performance. Zain Al Rafeea’s incredible in conveying the loss of innocence and being forced to be older than his years. Nadine Labaki’s other films: Caramel, Where Do We Go Now focus on women and aspects of Lebanese life rarely seen. Here in Capernaum, she does it again. Yes, the pathos is slathered on thickly but it isn’t until the final scene that you understand why and the narrative all makes sense. Sometimes the power of a film isn’t just the narrative but the parting shot and Capernaum’s final scene is a masterclass. A wonderfully complex and rich coming of age story that doesn’t sugar coat the reality of life for those on the fringes of society. A must see.

Capernaum is being shown at the London Film Festival 2018.