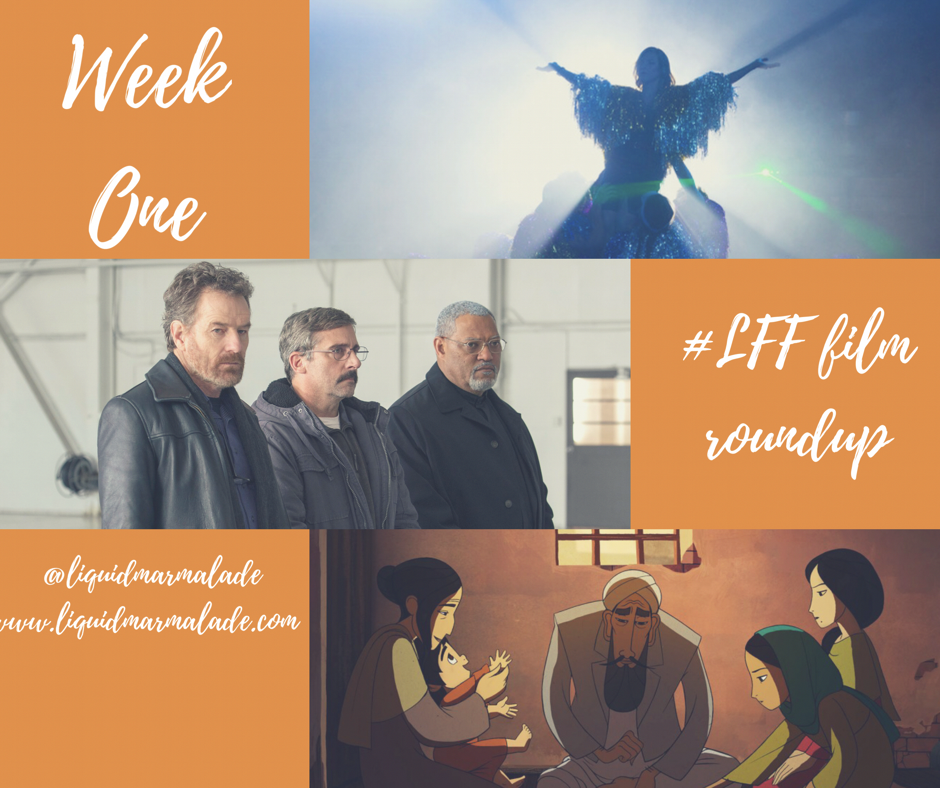 Apparently 48 films in competition and 246 films in total that will be shown by the end of the London Film Festival (‘LFF’). I have already seen 17 of them. It has been brutal – the most brutal part getting up at 6am to trek into London. I live on the delightful Southern train line so it is actually faster to commute from Cambridge a good 2 hour drive from London than it is to schlep in from South London – go figure. I swear the BFI are sadists – standing in a line at 8.15am to get into the Odeon Leicester Square is not fun for anyone. That’s how I spend my days – waiting in line patiently listening to other critics talk about the films they’ve seen whilst sipping my coffee. The latter’s useful as it does allow me to scratch off films that were on my list like Lean on Pete. Apparently, Andrew Haigh doesn’t travel well a bit like the English football team. Other than that I drink lots of tea and coffee, run around looking for a quiet spot to eat away from the festival jungle and sit. I spend lots of time sitting!

So here’s a quick canter through the films so far. I watch 3 films a day – yep it’s hardcore this film festival business. These are entirely my own, unfiltered views. For a more polished view – I do write for money head on over to FOPP (part of the HMV group) where a number of my more considered, polished and less expletive-laden views will be published. 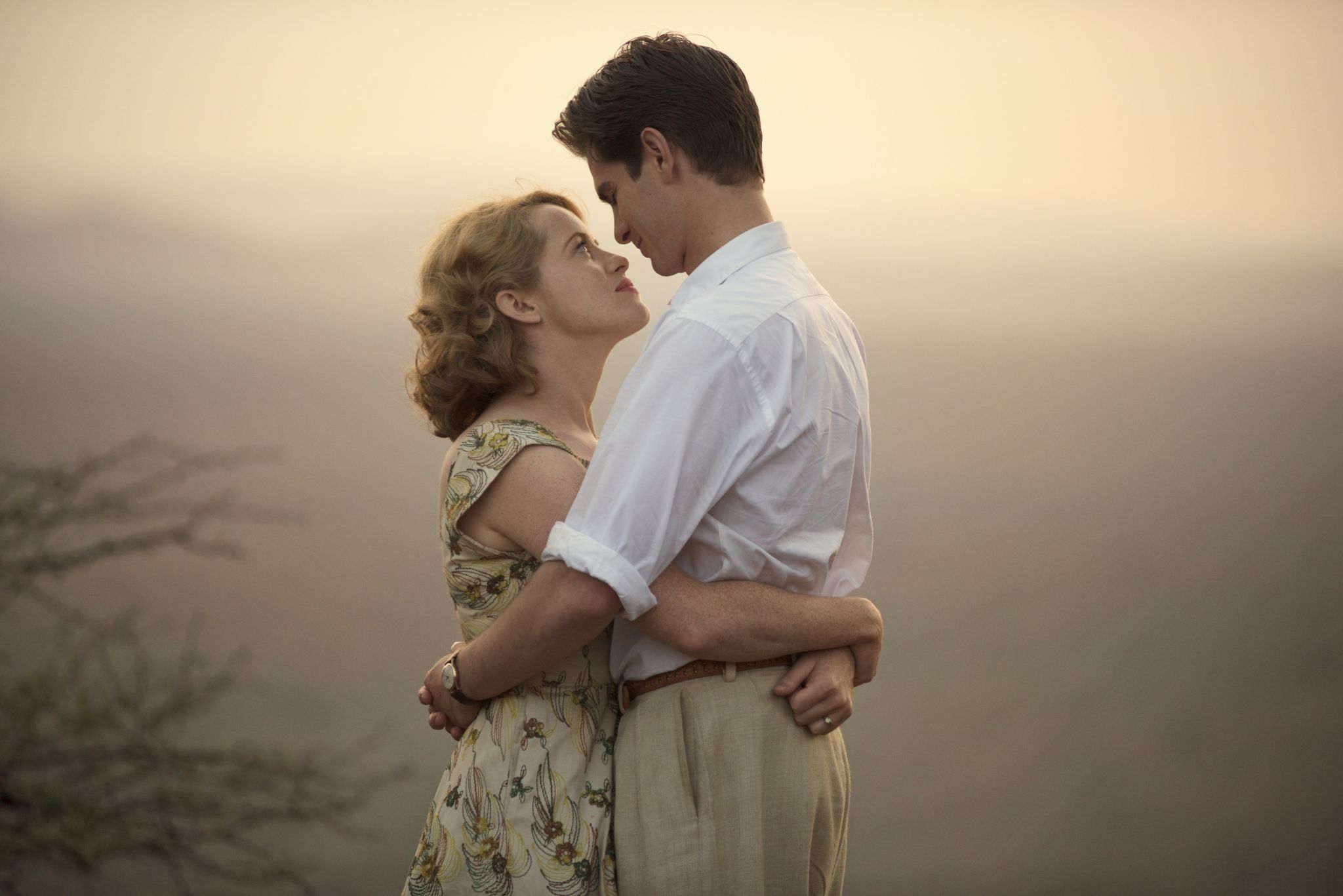 It opened the LFF. Andy Serkis also got up with larks and came and introduced it before we, the press, sat and watched in disbelief that we got up this bloody early to watch what is a bog standard biopic. It is lovely, sweet – a bit like a Victoria Sandwich cake and that’s it. A classic biopic of suffering overcoming the odds. I mean thank fuck for polio vaccinations is all I can say. Here’s the considered biopic on FOPP – click here. 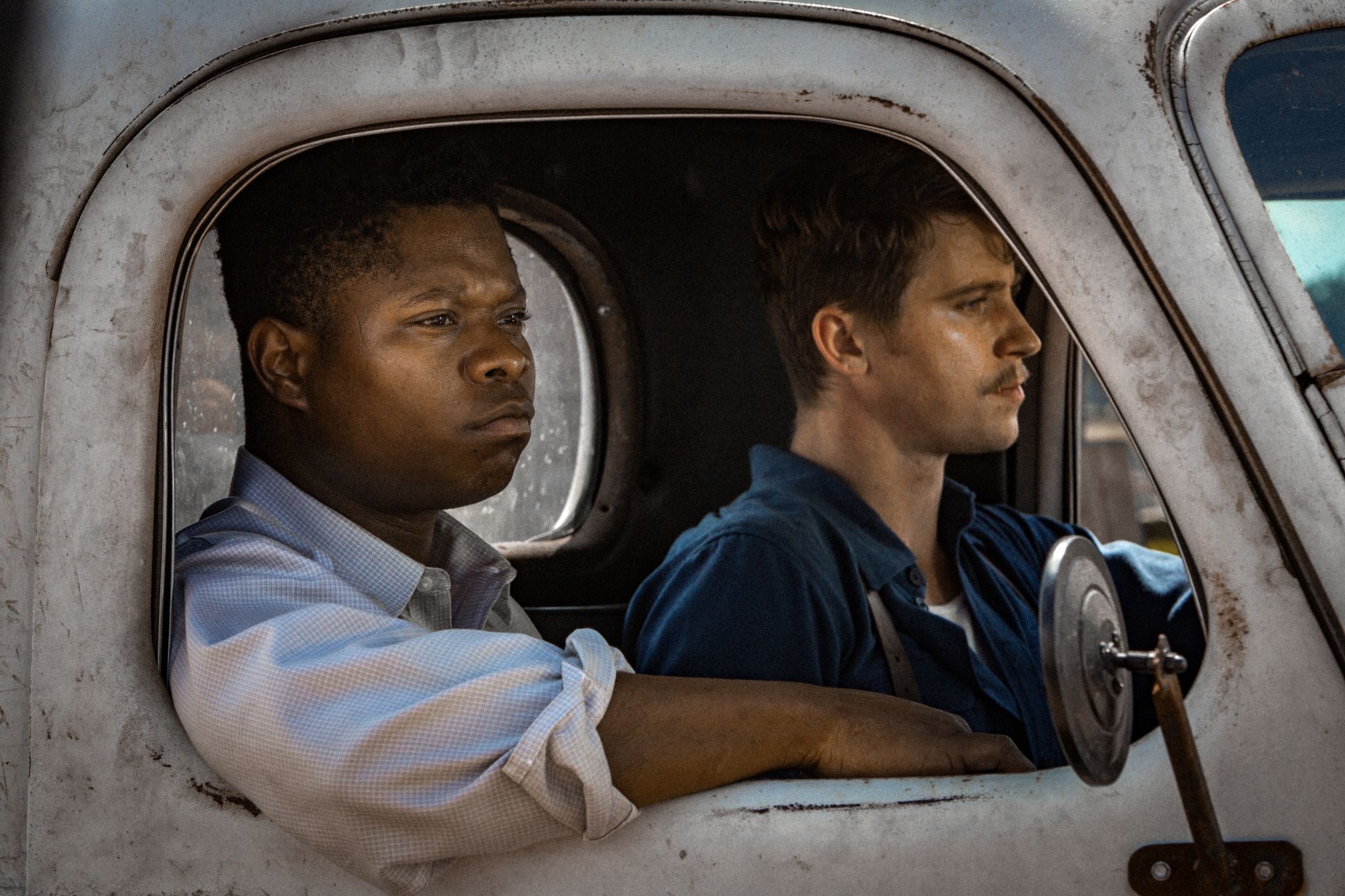 A sweeping story told in that epic style – very David Lean – think Lawrence of Arabia and Dr Zhivago! All the diverging stories are linked by one thing. Can you guess what it is? MUD! Yes and the allegory with the present day racism and how some things don’t change are crystal clear. There is a narrative shift – rather than the end of the war being told from the white male perspective, it is also told from the long suffering wife, downtrodden mother, beleaguered soldiers etc. The storytelling is confused and you do feel as it you too are wading through mud. It’s Netflix so you won’t see it at the Oscars. Mary J Blige – a revelation – really restrained performance. In fact if you didn’t know it was her then you wouldn’t know it was her. Although what were the sunglasses about – I’m still confused. The two actors in the photo carried this film.

No just no. It doesn’t even deserve a photo insert! I hated Frances Ha (the director’s previous film). This intellectual overview of life with a narcissistic parent and how it fucks up the children in a rich New York family. It’s been done and done much better. Although Adam Sandler deserves to get nominated – he was decent.

I hated Frances Ha (the director’s previous film). This intellectual overview of life with a narcissistic parent and how it fucks up the children in a rich New York family. It’s been done and done much better. Although Adam Sandler deserves to get nominated – he was decent. 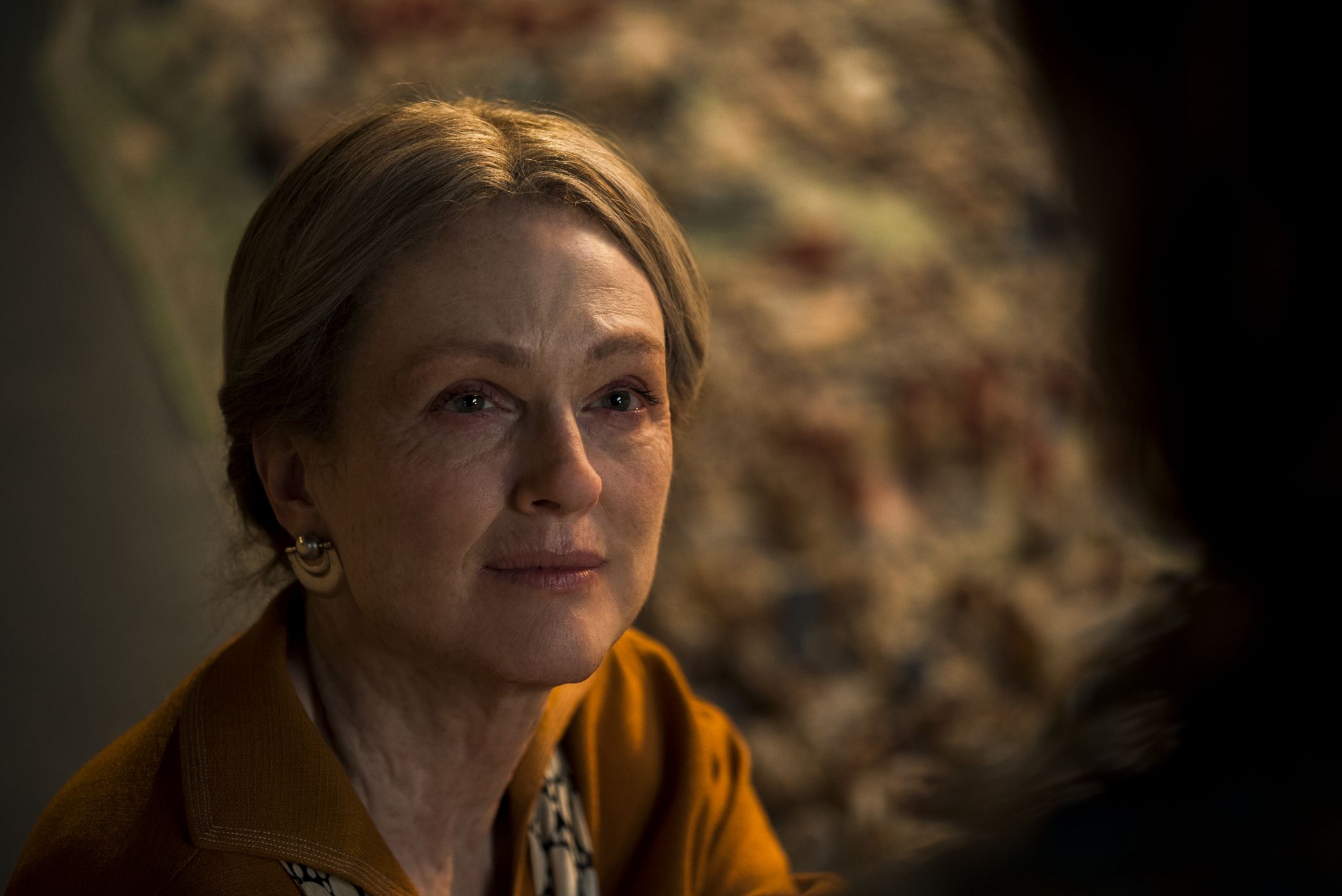 I was super excited by this as it started off a little in the vein of The Never Ending Story. I loved that film as a child. Alas no, it wasn’t that sort of fairytale. It did that split, parallel storytelling thing – one set in the 1920s all in Black and White and the other in technicolour of the 1970s. The use of space oddity by David Bowie was great and the attention to detail really evoked the different periods well. The child actors were a bit weak but you know, it is ok. I would say a dvd or a cheap cinema ticket sort of film. 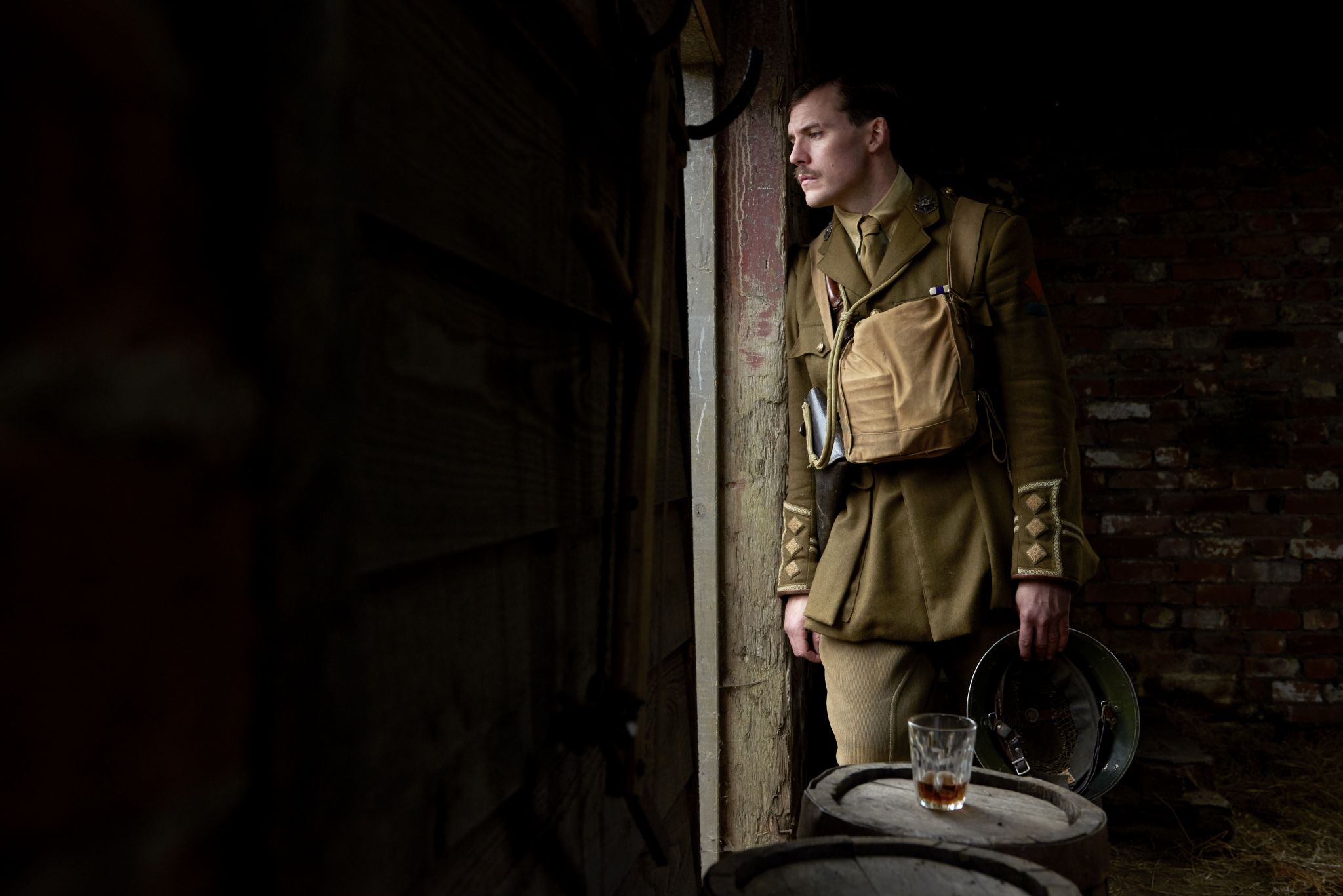 Next year, 2018 will be the centenary anniversary of the end of the First World War. Never forget that they gave their tomorrow’s for our today’s. This film really captures the horror, chaos and confusion of what life must have been like in the trenches. I honestly am hard. I didn’t cry during Mudbound although there were sniffles all about. However, this film had me in tears – the tempo and waiting gets to you. I felt emotionally exhausted afterwards. The performances of Paul Bettany and Sam Claflin are outstanding. A definite must see and on the big screen please! One of the best films of the day! 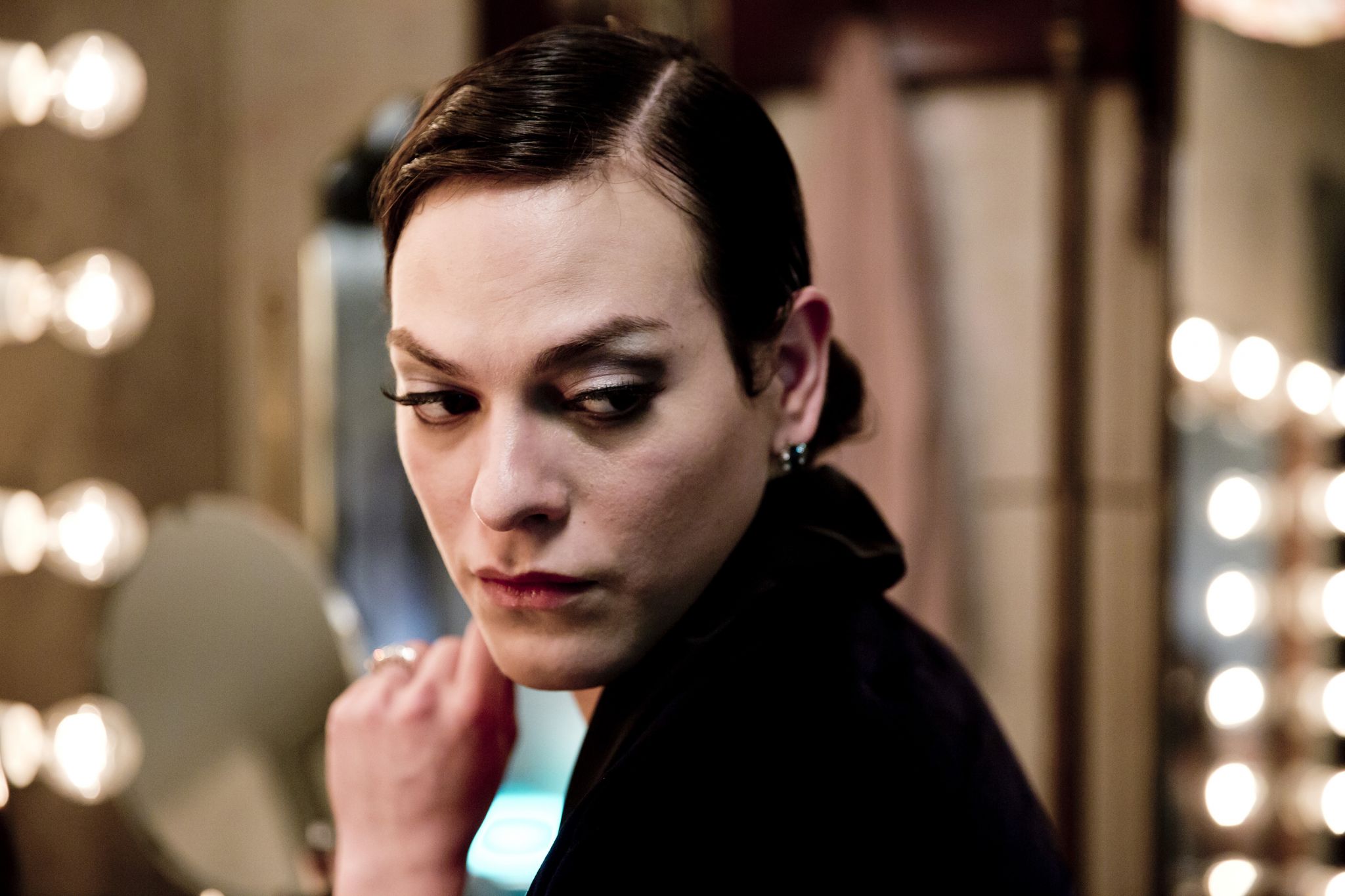 She lives up to her name. This film is fantastic. I attended the gala and walked the red carpet not that that influences my view – I’m a red carpet veteran. Cannes 2017 – I’ll leave that there. Anyway back to the film – this is diversity at its best. For me diversity means telling stories from different points of view including race, gender, nationality etc. The beauty of this story is that the central character being a transgender woman is incidental to the story for the first 15 minutes. What is important is that she is loved by her older male lover. When that bubble of domestic bliss is burst we are already in love with Marina. I loved the fact that it focused on what it means to love and lose a loved one and the universal right to grieve. Isn’t this an universal right – the film explores this and more in this neatly and beautifully scripted and acted film. A must see – go pay for the pleasure of watching Daniela Vega on the big screen.

“Everything changes, stories remind us of that”. How do you keep hope alive in the most heinous of situations? You keep passing stories down that provide hope that nothing ever remains the same. This is what happens in The Breadwinner – the story of a little girl with the courage of a lion who risks everything to keep her family alive in Taliban controlled Afghanistan. It is simply wonderful. After about 10 minutes you forget it is an animated story and just focus on the story. Really wonderful and one for older children and adults. I loved it. 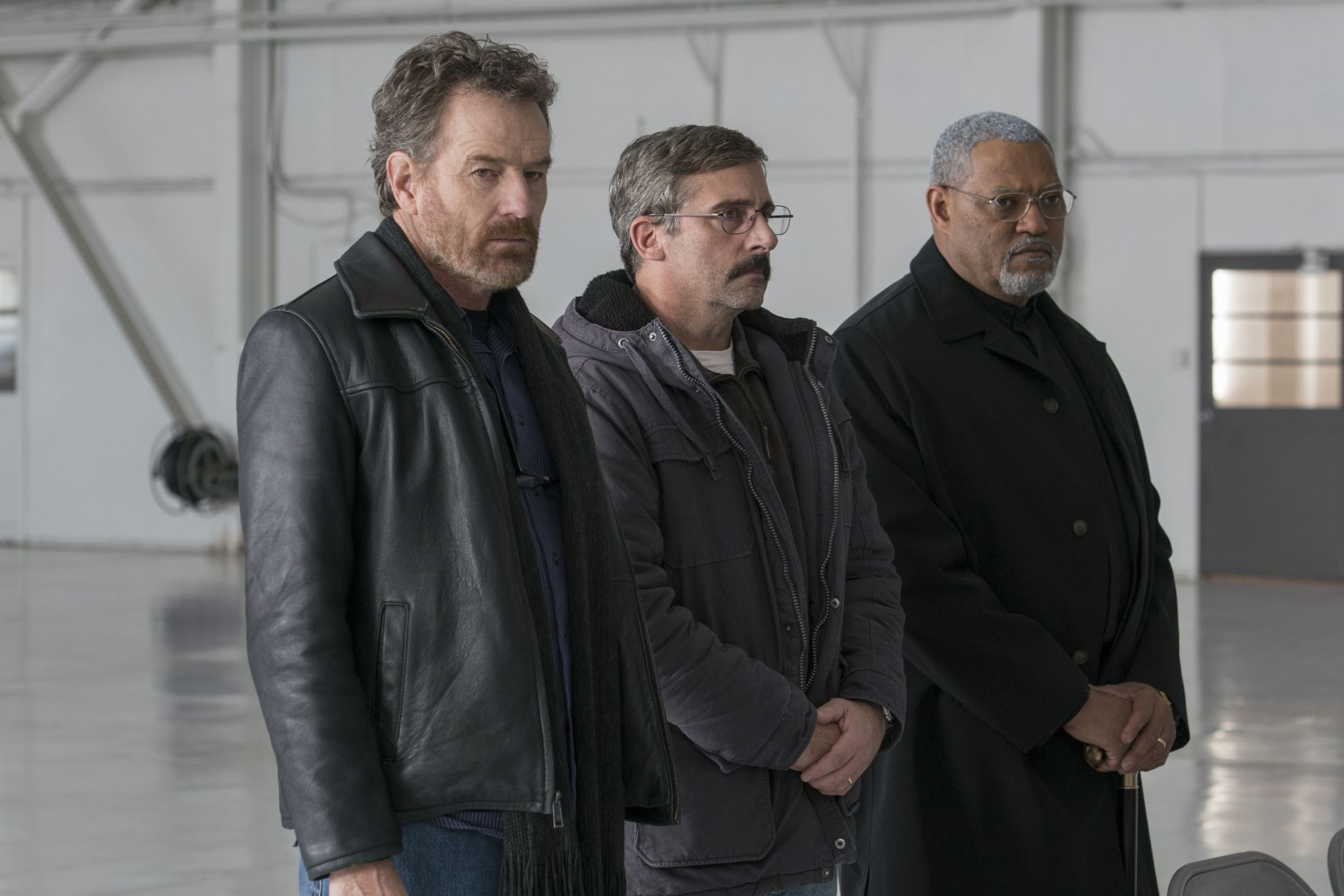 Wow, I was surprised by this. I did have expectations, after all, it is a Richard Linklater directed film, he of Boyhood fame. However, when it started my heart sunk as I thought it would be another cliched buddy movie. It was so much more! A really interesting take on the end of the war from three different perspectives. The story is based around three army veterans who unite to help bury one of their sons killed in Iraq. It is interesting the examination of truth, lies, patriotism and loyalty. Honestly, it had such emotional depth I felt deeply moved without feeling manipulated or cajoled into a point of view. It is well done. Definitely, a film to look out for! 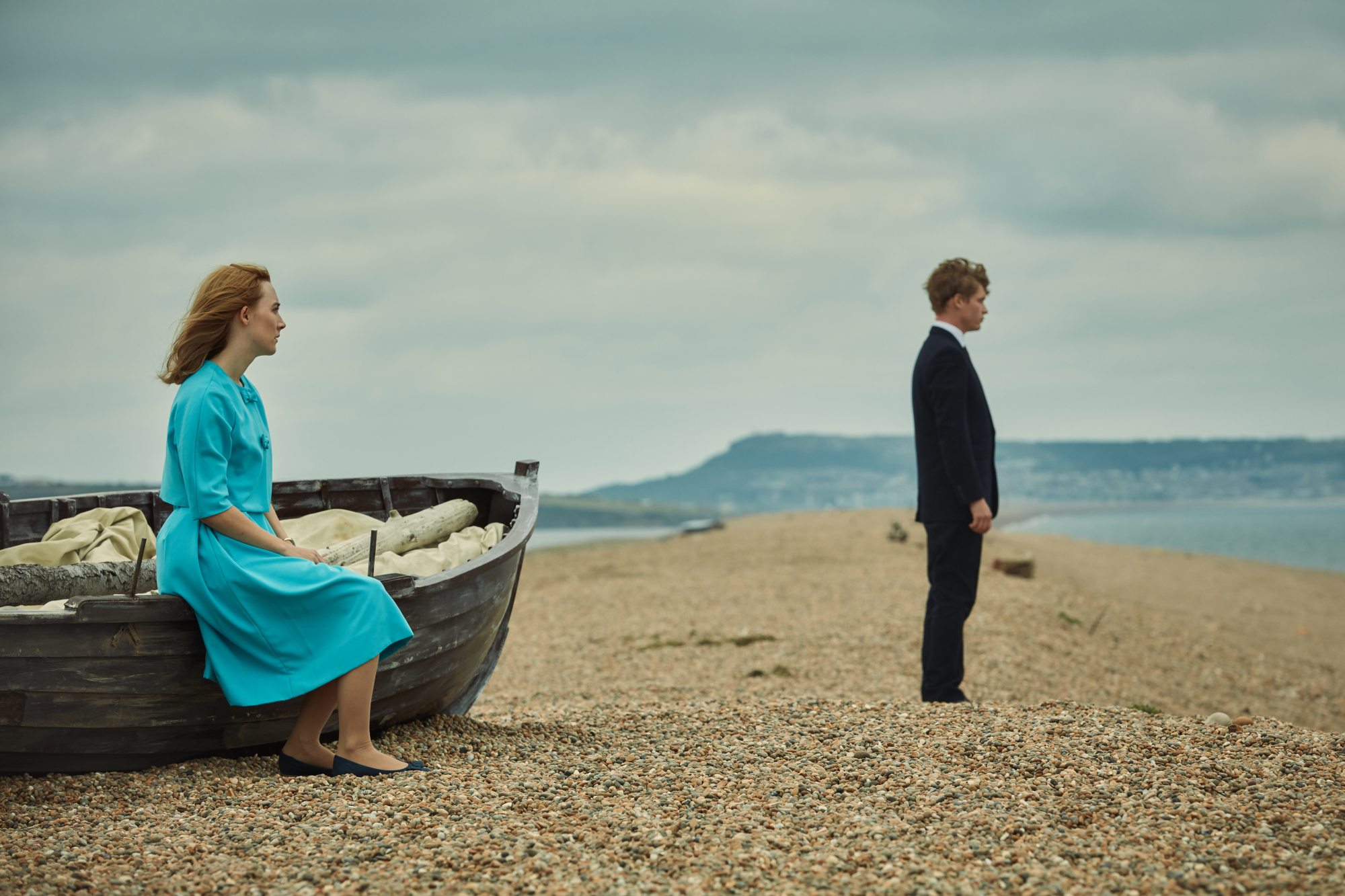 I know the subject matter is bleak but come on, does it have to be fucking painful to watch too. A film needs dramatic moments and this had none. It is beautifully shot and the score isn’t bad – sometimes feels intrusive but it is at least good. The film suffers mostly because the author also wrote the screenplay and so stuck slavishly to his Booker prize-winning novella. Oh dear!

I’ll be watching more films this week and really looking forward to The Weight of Water and Three Billboards which EVERYONE is raving about….!