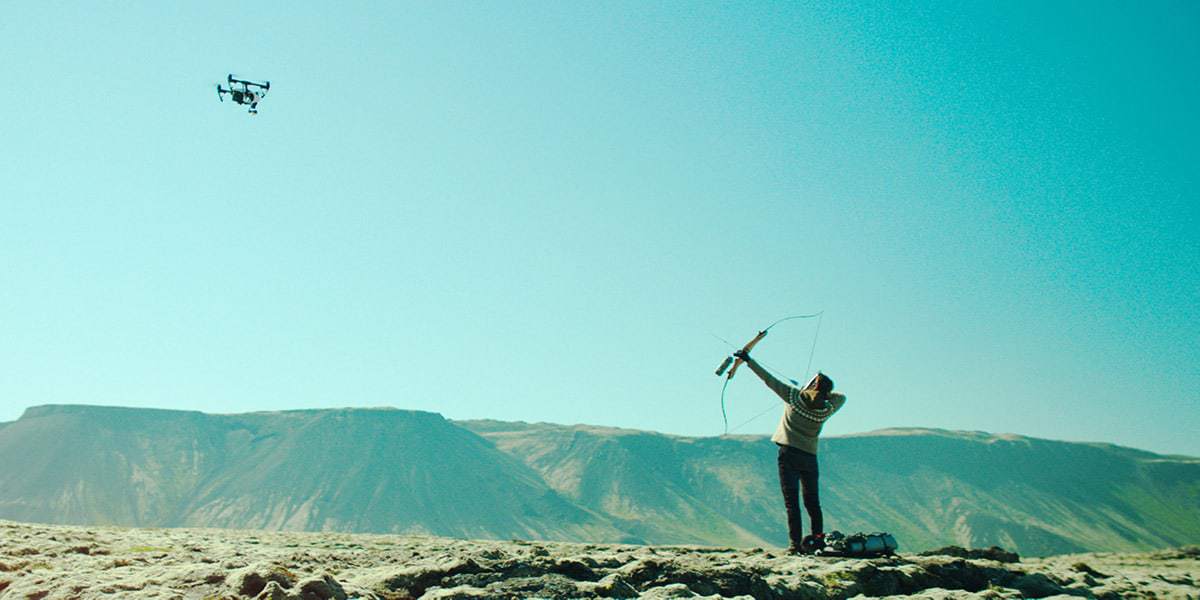 Woman at War is the type of film that makes you sit straighter in your chair and say “oh gosh”. It’s got a clever and surprising plot. Woman at War is a great piece of storytelling that is wonderfully acted and beautifully shot – this film is a treat with a serious message: the best kind! It is entertaining, lots of laughs and thought provoking without being overbearing in its central message about protecting the environment.

The story is this: Halla a fifty year old music teacher/choir leader is on a single mission to stop the aluminium industry and Icelandic government destroying the Icelandic countryside by allowing big Chinese multinationals build plants. In the midst of her crusade, Halla finds out that after four years, she has finally been matched with a little orphan girl in Ukraine. She finds herself torn should she carry on with her crusade or stop because of the impending adoption; does the risk outweigh the benefit;

Woman at war is told at a cracking pace and even in the quiet moments the tension never dips.The story is grounded in realism and couldn’t be more timely with all the environmental issues in the news on a daily basis. The start and end are visually stunning and remind you what is at stake. What’s so creative about this film is it gives us another view of the ordinary woman – she can wield a crossbow and is strong.

Halldora Geirharosdottir plays the dual role of twin sisters Halla and Asa although it is Halla who is the main protagonist. She is engaging right from the opening scene. She also manages to convey the emotions and nuances of both sisters without the audience ever being confused. The film not only deals with environmental activism, racism, politics stereotyping and society especially when Halla releases her manifesto and signs it off as the “Mountain Woman”, it is interesting to see how the community react to this. 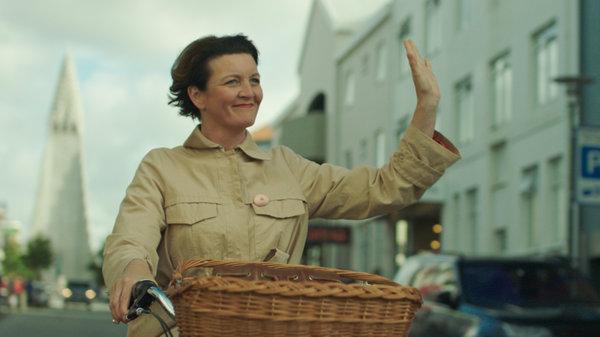 Yes, most definitely we haven’t really seen this story before from the point of a single individual on an environmental crusade who is neither young nor male. The central character, Halla is fifty years old and has a lot at stake which makes it all the more compelling to see what will happen. She is a strong woman who is not asking to be saved – she’s not married or dating anyone and there is no love story – can I get an AMEN!

Before you say, not another film about environmental issues, this one is different. The writer and director Benedikt Erlingsson manages to walk that fine line between melodrama and preaching. Woman at War raises a lot of questions and allows the audience to think about them: how far is too far, is extremism ever justified, who is right and who is wrong and, just how much damage can one person do? The reason why this film works and is worth going to the cinema to see is because it’s well written drama, good films begin and end with a great script.