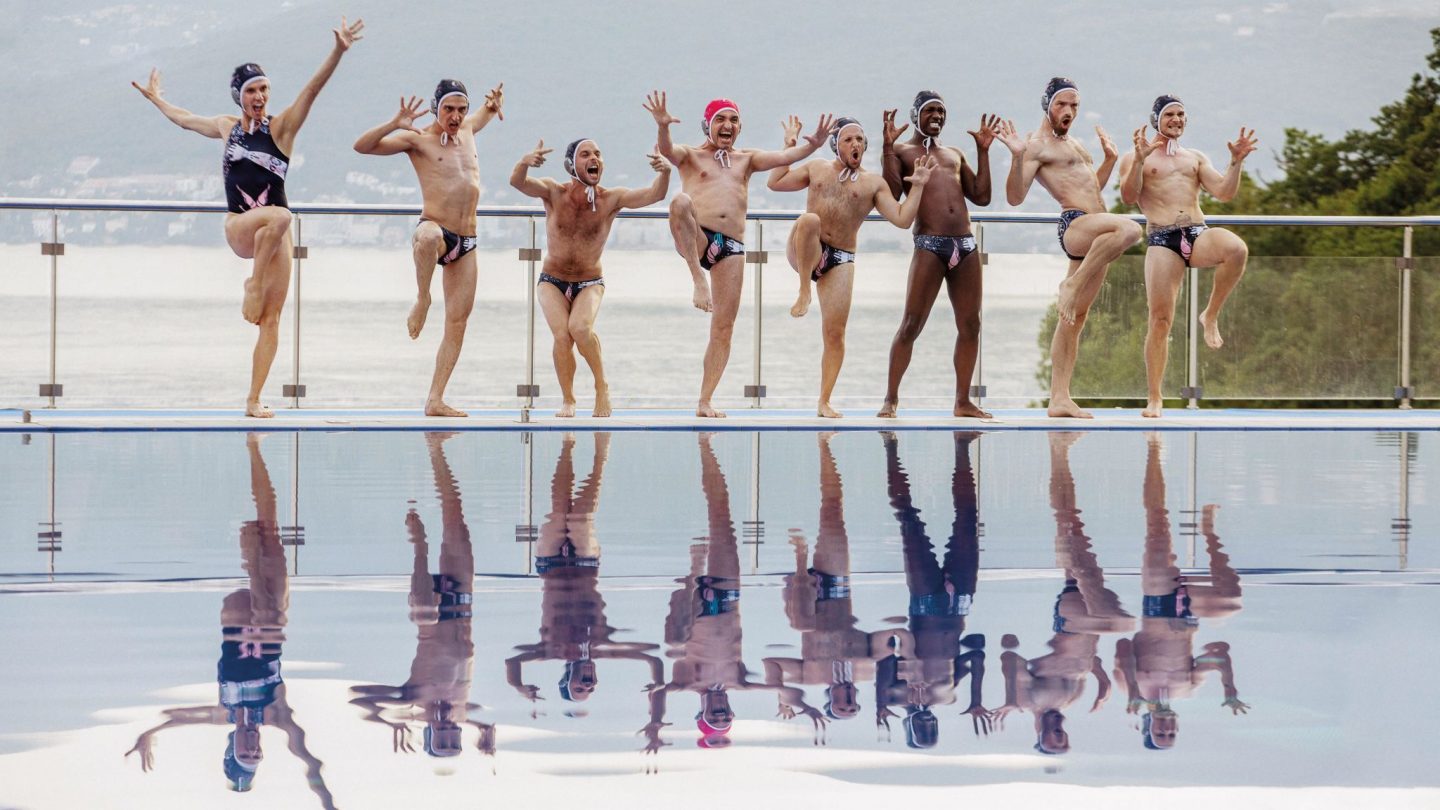 The Shiny Shrimps is at first glance simply a story of the worst gay French water polo team trying to compete in the gay games. Their luck changes when an Olympic hopeful swimmer who makes a homophobic slur on live tv is forced to coach them in order to compete for a chance to represent France in the Olympics. Shiny Shrimps is in fact an acutely observed dramatic comedy that throws in the audience in at the deep end into what it means to be a gay man now.

The Shiny Shrimps is co-written and co-directed by duo Cedric Le Gallo and Maxime Govare. This movie is inspired by Cedric Le Gallo’s own experience on the French gay water polo team. When he introduced this film he sais he wanted to tell this story to provide positive role models for young gay men. The story is a work of fiction. The set pieces are perfectly executed, yes at times a little in “too much” but it is all worth it for the surprise ending.

The Shiny Shrimps is a great, feel good film but to call this film a gay issues film would be to limit it when it is this type of diversity on film the cinema is hungry for. Certainly the film is much more than simply convincing homophobic, heterosexual Olympic swimmer he’s wrong, it is showing the divergent issues that the gay community face but also universal issues too. How do you keep your identity when married with kids, hiding a life and death secret from a lover to spare them pain. The issues touched on are : what does it mean to be a gay man, how do they live and why the one dimensional role of a screeching, up for anything gay best friend role is so 2018. What Shiny Shrimps does is to entertain and educate in equal measure and I for one had no idea the gay games even existed!

This is a really enjoyable film and I would encourage you to watch it at the cinema because as I keep saying the film industry is a business. If we want a wider range of films at the cinema we must support them!

Shiny Shrimps is released in cinemas across the UK on Friday 6 September.