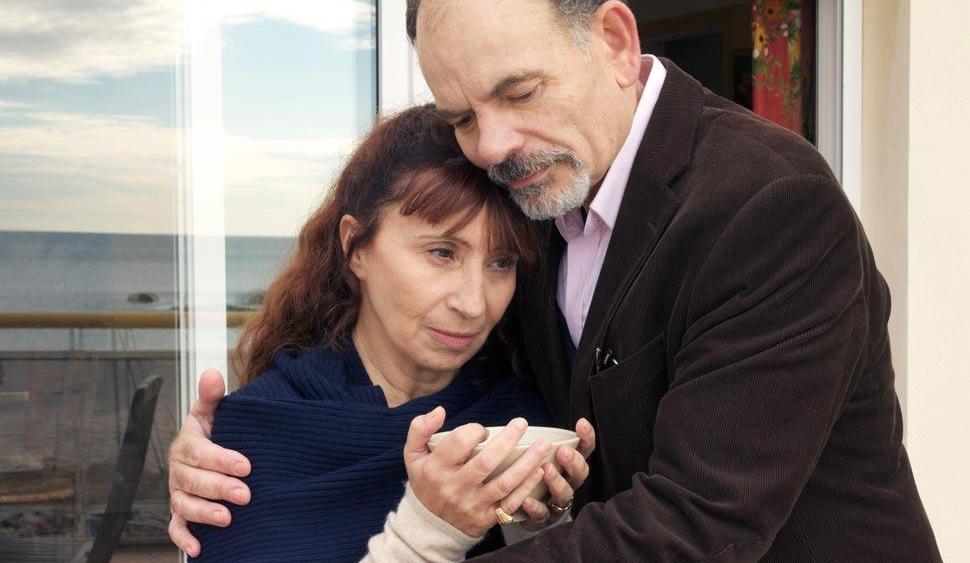 The House By The Sea is the latest film from writer and director Robert Guediguian.  This film is at a very nostalgic look back at how people used to live and whether those values are gone forever, or if a little humanity is left. Guediguian’s films are very heavy on the social commentary, and this latest one stays true to that. It is beautifully observed showing working class French people and their morals it is same that at times it felt a bit wet.

The house in question is, as you can guess from the title, by the sea close in a bay close to Marseille. Maurice, the father, owned it for years but since suffering a stroke its destiny lies in the hands of his three children. Angele, (Ariane Ascaride) an actress from Paris, Joseph (Jean-Pierre Darroussin) who is engaged to a girl half his age and Armand who stayed behind to run the family restaurant. The three children come to support their father who is totally incapacitated by the stroke. They start to reminisce about the passage of time but this is interrupted when they find themselves helping illegal, refugee children hide from the authorities. Will helping these children enable the three adult children to find their humanity?

The House By The Sea is a captures the family dynamics about the past, regrets, life etc but manages to escape a descent into melodrama by spending a decent amount of time looking at the present. This is not a film that is rushed and is rather slow but that is in a way the delight of the film. The House By The Sea is reminiscent of Ken Loach’s style of filmmaking – where Guediguian gives us a slice of social commentary – the world we live in now. The house isn’t just representative of the house but of Guediguian’s France. It is no longer glorious and its beauty faded but he gives a glimmer of hope through saving the younger generation we might save ourselves. We don’t have to imagine the past because the director has used the same actors in most of his films.  There is a great flashback to his 1986 film Ki Lo Sa of the same three principal actors as we see on screen. The passage of time has been kind to them, although maybe not their hair.

This is about change and how we handle that change, the passage of time and regret. These are themes that are universal. There are moments of time in the film when all there’s too much talking especially the dull prattling of Joseph and his very young girlfriend/fiance. This relationship didn’t add any texture to the film. Rather what was eminently more interesting was that of Maurice’s neighbours, a couple, who chose to end their lives even though they were both healthy. This section of the film is the most interesting. It is something not often seen on film and lifted the film.

The setting is exquisite and on a cold January day in 2019 to be watching the Marseillais sun is something of a treat. This film feels less political, even though at its heart is the story of three refugee children, and more introspective. However, the burning central question is this: have we lost our humanity? It is a question that is more critical than ever.

Children and parents, love and death, memories, class and values and this is the little world and world at large. Go and watch this film if you like your films slow, melodic and thoughtful!

Diverse and/or Representative? Yes, a good dose of both. It is interesting to see a working class family shown on screen helping refugee children and talk about class in a way that is rarely done.

Cinema/DVD/Streaming: If you have an unlimited card then go to the cinema, however, if money is tight then this is a dvd night in at home.

The House By The Sea is released in cinemas in the UK on Friday 11 January 2019.