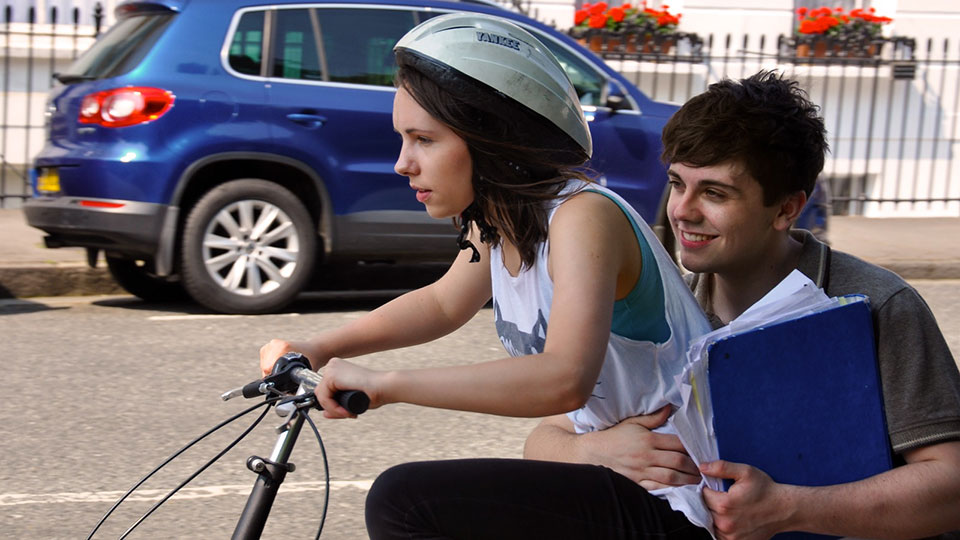 Soundtrack to Sixteen is a quirky coming of age film that will leave you reminiscing about your misspent youth. This is the debut feature film from the writer and director duo, as well as actual sisters, Anna-Elizabeth and Hillary Shakespeare.

Soundtrack to Sixteen is a coming of age film set in the noughties and centres on Maisy (Scarlett Marshall) and Ben (James Calloway) as they navigate GCSE exams, love and everything between.

For a debut feature, Soundtrack to Sixteen is quite impressive and promising future for this director/writer sister duo. The opening sequence of the film is very strong of Maisy’s inner dialogue and the audience’s introduction to Ben that sets the rest of the film up as coming of age, romantic comedy. This is a charming film and most of that is down to the dynamic of the two lead actors as teenagers who want to be accepted and are navigating life. Maisy really wants to be liked by the cool girls and, those scenes of Maisy and the cool girls are savage and wonderfully observed. There are echos of the seminal classic film: Mean Girls. Ben has no real concept of who he is and as misfits, they help each other to see life as it truly is.

Soundtrack to Sixteen’s only real issue is the script, there are times where it overly explains and doesn’t trust the audience to fill in the gaps themselves. It would benefit from careful editing however, the charm of the actors and the feelings evoked whilst watching it means, for the most part, these issues are overlooked. Also at a run time of 83 minutes and a good pace, nearly everything can be forgiven!

Soundtrack to Sixteen is now available to stream on VOD sites.