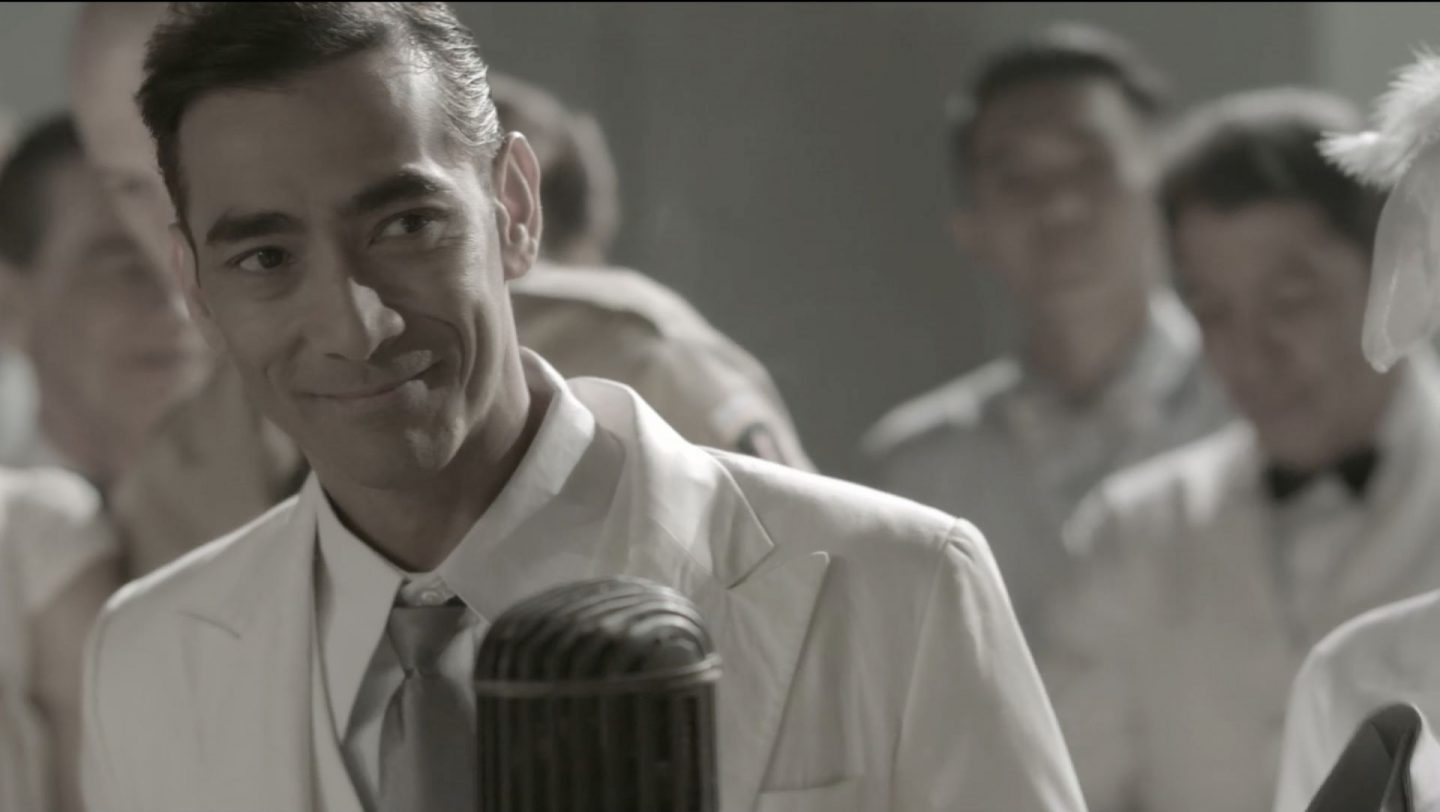 Quezon’s Game tells the true, quite simply extraordinary story, of how the President of the Philippines provided safe haven (rescued) to 1,200 Jewish people feeling Nazi German, the same number as Oskar Schlinder. This powerful film will ensure that we all know Quezon’s name.

Michael Rosen’s film is told in flashback and begins with the very ill President Manuel Quezon in Saranac Cure Cottage in 1944 looking at footage taken after the liberation of the concentration camps asking the simple question: “Could I have done More”. The film then jumps back to 1938 when a secret message smuggled out of Vienna to the Philippines to tell of the horror of the Nazis and their death camps. Paul McNutt the high commissioner at first cannot believe it.  When the word finally reaches the President’s ears he says he isn’t sure that they can help any more after all they’ve already taken Jewish refugees from Shanghai. That is until he meets one such person he saved and they explain that he was shot by the firing squad but miraculously saved. Quezon is moved and despite being crippled by Tuberculosis (that will eventually kill him) resolves to save as many as he can and is allowed to by the  American administration.  At the time the Philippines is a colony of the USA. Stationed there is none other than Dwight Eisenhower who will go on to be President of the USA to add to a story that is so surreal that it is surprising that it is not more widely known.

It shows the power of one person. It doesn’t matter that Quezon is President he himself is not free because America controls what he can and cannot do. Even though his plans are for the creation of an independent Philippines, his humanity is such that he doesn’t ignore the plight of another minority the Jewish people suffering over 10,000 miles away.

The cinematography is what lifts this film from a simple historical reenactment to a visual delight The interior shots are muted with the exteriors especially those shot in the Philippines shot in a vibrant blaze of colour.

The film doesn’t really pack the emotional punch it should on screen. Instead it goes at a gentler pace and never really manages to capture on the edge of your seat tension. However, the scene in which Quezon and Alex Frieder have to go through the list of Jewish refugee names to decide who gets rescued and who is left to a fate worse than death is the most heart rendering of the entire film. 2020 marks the 75th anniversary of the liberation of Auschwitz and other concentration camps and in a deeply fractured world, this film is a timely reminder that we must never lose our humanity and why his name should be known by all when talking of those who helped to rescue the Jews from Nazi horror.

Quezon’s Game is released in cinemas in the UK on Friday 31 January.