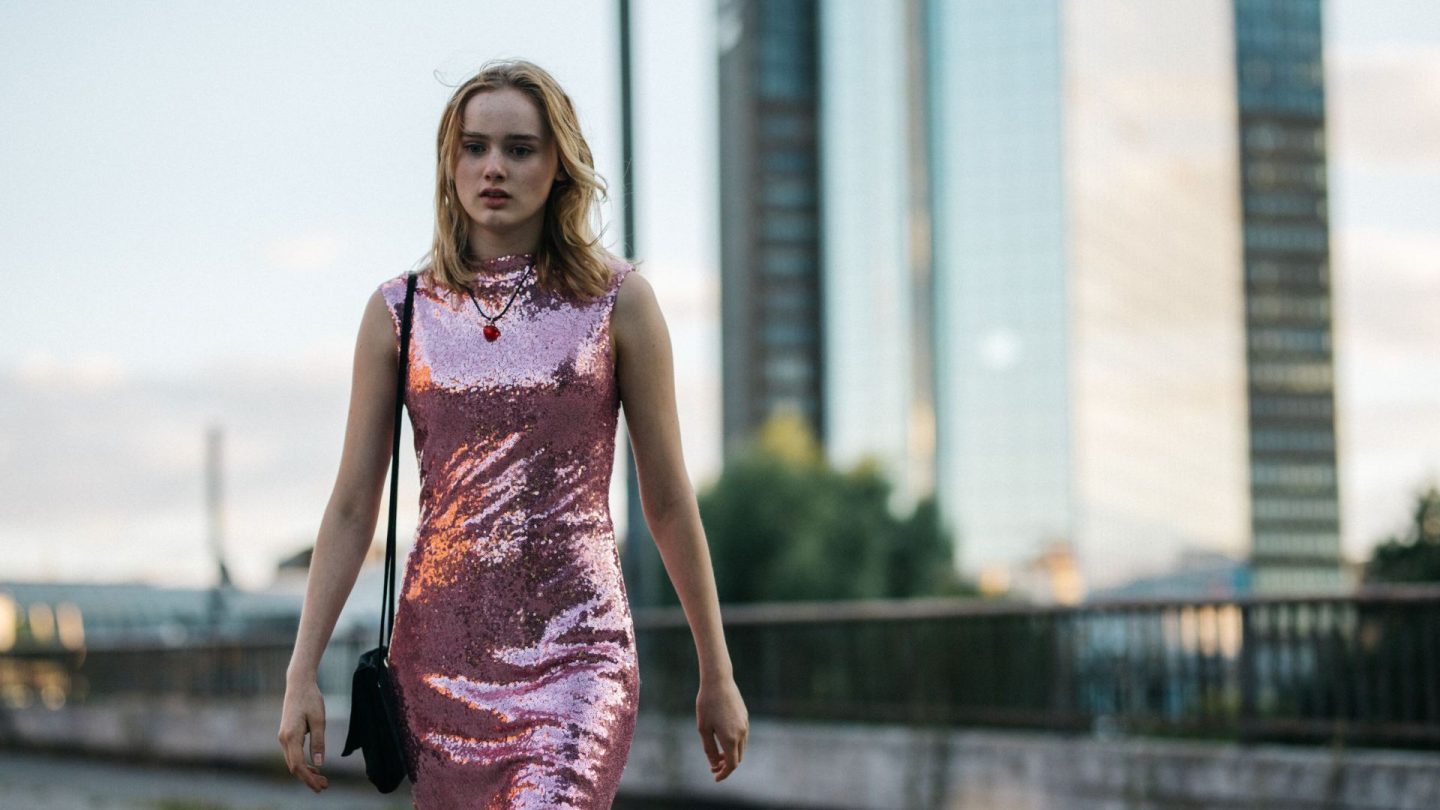 Phoenix is a striking debut from writer and director, Camilla Strom Henriksen, about a young carer Jill’s claustrophobic daily life of caring for her mother and brother contrasted with a desire just to be a regular teenager.

The film begins a few days before Jill’s (Yiva Bjorkaas Thedin) fourteenth birthday when she brings home her own cake from the bakers and lies to her little brother, Bo so that his image of their mother, Astrid, is not tarnished and she remains wonderful in his eyes. We then find out that Jill’s father, a jazz musician, is coming back to Oslo and wants to take her and Bo out for Jill’s birthday bringing much needed joy and excitement to the children’s lives. Her mother is entirely consumed by her fantasies that she tells Jill she has a new job when in actual fact all she has is an interview. In order to be supportive of her mother, Jill takes her mother’s credit card and goes shopping to buy her an outfit for the interview. On the day of the interview, a simple act pushes Astrid over the edge with disastrous consequences.

The script of Phoenix is not overly cluttered thereby allowing both the words and the actors to shine. The film deals with big topics including suicide, mental health, coming of age without it feeling sanctimonious. It is in the silences that the audience really begins to understand the burden and pressures of Jill’s daily life:  looking after her mother and trying to give Bo the childhood freedom that was cruelly snatched from her.

The claustrophobic atmosphere is heightened by two thirds of the film being shot entirely inside. The moments when Jill goes outside provides a sharp intake of breath. However, these moments are fleeting reminding the audience that for young carers there is little respite in their daily lives. The pace, direction and silences are reminiscent of Repulsion by Roman Polanski. In Phoenix, the true horror is what Jill has to deal with on a daily basis and that is shown through clever use of interior shots, light and sound or rather the lack of it. In the final third of the film for some inexplicable reason, Henriksen decides to introduce a supernatural element to underline the horror it is unnecessary and distracting.

Coming of Age films turn on the central performance of the young actor and in Yiva Bjorkaas Thedin a star is born. She is luminous on screen and utterly convincing as the young Jill. The decision she makes in the pivotal scene is shocking because her performance is so convincing. Teenagers are irrational creatures and she conveys that without it feeling forced or overacted.

This is definitely a film to see at the cinema and if we want more interesting and complex stories such as this then we must show it by bums on seats.

Phoenix was released across cinemas in the UK on Friday 13 September.