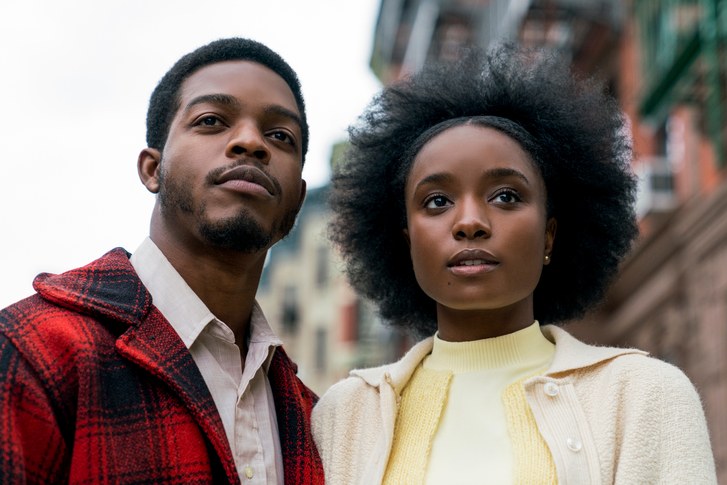 If Beale Street Could Talk is the latest offering from the writer/director Barry Jenkins. In total contrast to Moonlight, this time around he has adapted a book by the titan of black literature James Baldwin. What we have is essentially a love story with a heavy dose of social commentary in the form of police brutality and corruption, black men incarcerated enslaved by the State, and their women left to raise children. Yes, you’ve seen this film before but what lifts this and makes it a decent watch is the way the female characters are portrayed on screen, neither exotic or functional but real and complex.

If Beale Street Could Talk tells the burgeoning love story of Tish Rivers (Kiki Layne) and Alonzo ‘Fonny’ Hunt (Stephan James) set agains the 1960s. They are striving for a better life and even look for a loft, but the 1960s American even in the Northern States was not an easy place for black men, Fonny gets arrested for a crime he didn’t commit can their love survive.

This film is slow paced and I am a lover of all things slow, not least because I am often late but at times I felt like saying lets speed up a little. However, you will forgive the pace because of the sumptuous cinematography that deftly manages to avoid romanticising the era but does present it in a vivid technicolour. I enjoyed that and the two female leads really shone for me – Regina King for her nuanced performance of a mother, Sharon Rivers, who wants to save her son but equally a woman who knows what it is like in a man’s world. That scene of her looking into the other woman’s face who had been raped is probably one of the most memorable scenes of 2018 for me. Contrasted but equally as powerful was that ingenue and innocence backed up with true grit of Kiki Layne. She is definitely one to watch.

Is it diverse? I would have to say yes. I did hesitate on this but I think the face that the female characters take front and centre of this film really does feel diverse. We rarely see women of this period shown in this way, they are not merely functional but essential to the story.

Having said all that I am not a fan of time travel – there are so many black stories that could be told – An American Marriage is a book that screams out to be shown on screen and was written in the 21st century. The danger of these historical films is that it makes the subject feel remote. It is still happening and we have to face the now.

I’d say this is a dvd and one where there is no one chatting away in your ear.

If Beale Street Could Talk is on general release in UK Cinemas.