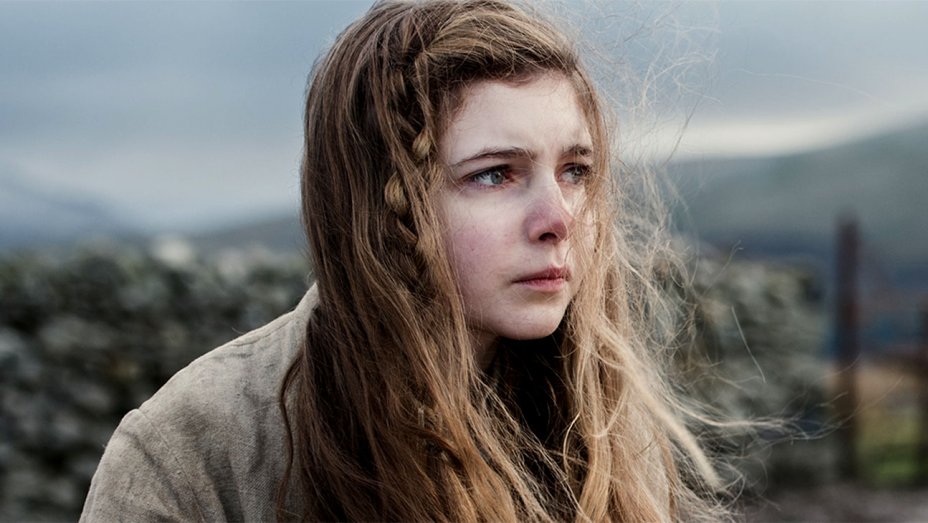 Gwen is a stylised folk tale with a very modern central narrative of female identity and power raging against the insidious and insecure patriarchy. It is by writer director William McGregor.

Gwen is set in 19th century Snowdonia, where Elen (Maxine Peake) tends the farm and looks after her two girls whilst her husband, is away at war. However, as strange goings on and a mysterious illness befalls her mother the town folk become suspicious of Gwen.

Gwen is a rather interesting and an ambitious subject to take on. The gothic folk element added an interesting dimension and almost managed to paper over some of the cracks in the script. The story itself is rather interesting – a child’s view of growing up on a remote farm and her mother’s depression as some kind of mysterious illness. Is her mother going mad or being portrayed as mad because she refuses to give into the toxic patriarchy? The problem is the script never goes deep enough and the supporting cast is not put to good use, or in fact much use. There is a lot of bleakness and rather interesting questions raised about the patriarchy and abuse of power but these are not explored in any real depth and in the middle of the film it is as if the script got lost.

Maxine Peake and Eleanor Worthington-Cox as Gwen both give terrific performances but the rather sodden middle and almost caricature wickedness of the quarry owner and town folk make this film feel heavy going.

Having said that William McGregor makes good use of the landscape and the remoteness of the farm to make it appear as if there are monsters in the night.

Gwen is released in cinemas across the UK on Friday 19 July.