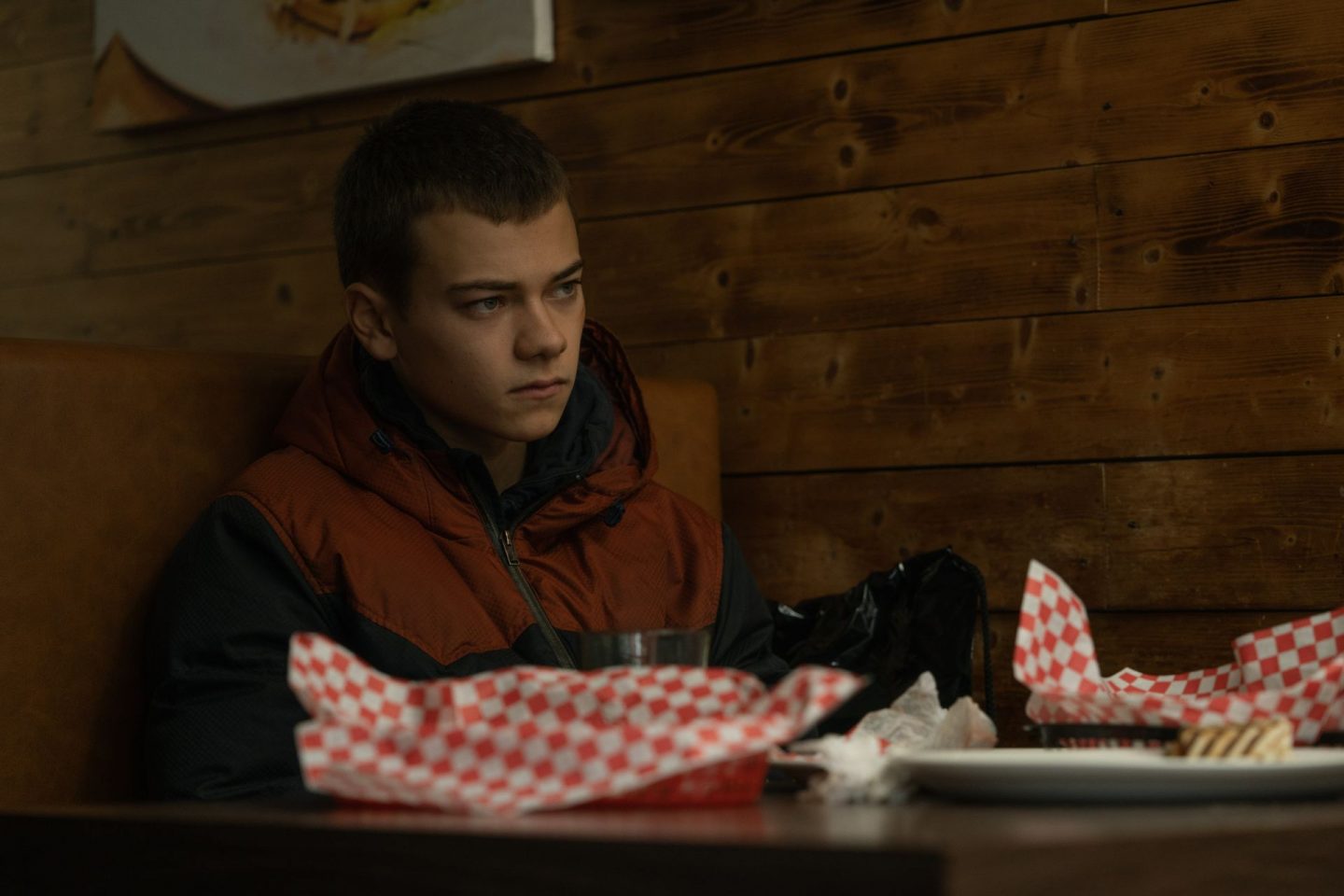 County Lines is the kind of film you want to see and then discuss with everyone you know. It’s bold and holds both the sugar and coating and gives it to the audience straight. How it manages to do that is by having a stellar script, great cast, solid direction and great editing.  County lines is serious as we’d say in South London. It is not a joke and right from the start the audience, as well as young Tyler, are made to understand what is at stake, life, his life and all those of children that are caught up in County Lines.

Tyler (Conrad Khan) is a forteen year old boy, living with his younger sister and his single mother in a council flat. School is hard for him and he’s teased because of his family situation. After an incident at the local chicken takeaway, where the mysterious Simon (Harris Dickinson) steps in to save him. He is lured into the world of county lines, and in doing so unintentionally drags his family into it as well.

County Lines throws the audience right into the heart of the matter in the first two minutes of the film. “Do you know what the acceptable loss is for the business you’re in? You, you’re the acceptable loss.” The film covers a period of six months. It shows the start reality and speed at which the descent into this dark world can happen. According to the end credits, approximately 10,000 children in the UK are currently involved in County Lines.

It’s hard to believe that this is writer and director, Henry Blake’s, first feature. What you hope for from a debut film is that the director has something to say and says it in a coherent way. Blake delivers on both fronts. He is lucky because in rising star Conrad Khan he found someone whose screen presence is quietly powerful. Every line he utters and those subtle eye movements, none more so than when his character, Tyler, is in the cuckoo’s house and watching her shoot up heroin. He manages to convey the vulnerability, guilt and fear without saying a word.

The use of violence in this film isn’t gratuitous as it could have been but is used with such efficacy that it jolts you back into reality.   What Blake mercifully does not try to do is offer any solutions but lays bare the failures and complicity of all the parties concerned including the mother, Toni, who accepts the money that her fourteen year old brings home without asking any questions.

County Lines is powerful and delivers a visceral gut punch that will leave you thinking by the end of the film: how did we get here. It would be easier to look for comparisons in other British dramas dealing with similar subjects such as  Kidulthood. However, whereas Kidulthood dealt with gangs and a day in the life of London teenagers, this coming of age drama is tackling a much bigger and far uglier issue: the very lives of our children. This is 2020 and a bleak slice of social realism to get the conversation started and a must see.

County Lines is released in cinemas and digitally on BFI Player and Curzon Home Cinema on 4 December.