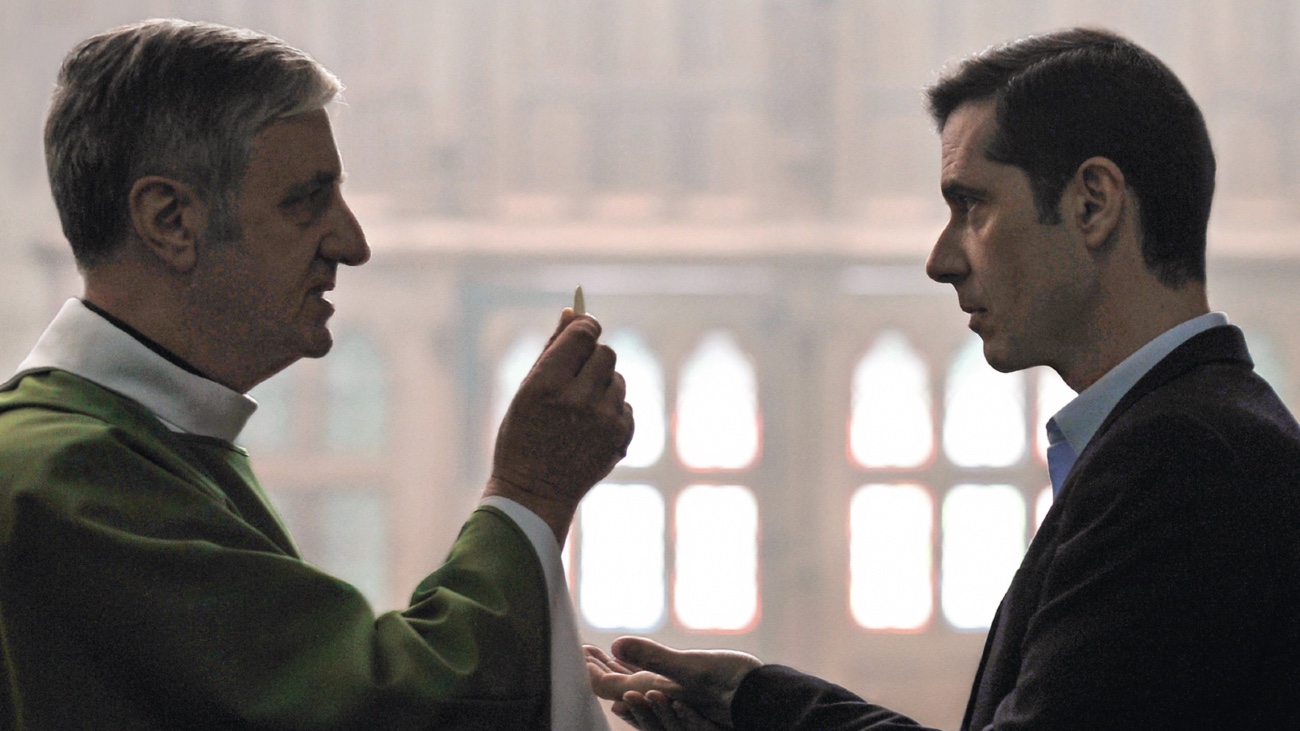 By The Grace of God focuses on the scandal that has rocked the French Catholic church: the Preynat case, Catholic priest who sexually abused thousands of boys in France in the 1970s and 1980s. Ozon manages to not only tell this story but also use it as a vehicle to explore male vulnerability and masculinity of the victims in a sensitive and tender way on screen.

By the Grace of God starts in a very chic apartment in Lyon, where Alexandre (Melvil Poupaud) and his wife and five children live. Alexandre is not only Catholic but active in the church and keeps a dark secret hidden which comes to light by chance when he is told that the priest that abused him years ago, Father Preynat is still actively working with children. This is a catalyst that prompts Alexandre to act and he is not alone.

By The Grace of God is a real departure by Ozon from his usual films not least because it is based on real events. It does feel slightly long in places and the natural instinct would be to compare this to Spotlight that deals with the same subject matter but in Boston, USA rather than in Lyon, France. However, what sets this film apart is the way in which each third of the film focuses on a different man’s story: Alexandre, Francois (Denis Menochet) and Emmanuel (Swann Arlaud), starting from arguably the richest man to the one who is the poorest in monetary terms but each man’s torment is real. The acting is nuanced and captivating. It is a story that needs to be told and seen and although Ozon’s directorial style does at times feel clinical there are some classic flourishes as in he decides to let the audience know the truth from the beginning: Father Preynat is a peadophile and admits to being one. It is the way in which this truth is handled by the Catholic Church which is on trial and the effect it has on the men. That is what makes this film so very different from Spotlight.

Ozon said that when he first came across this story he considered making it as a documentary and at times it does feel as though it might have been better suited. Although, it is in making it a film and having such a stellar cast that the impact is driven home. The scene in which Emmanuel and Father Preynat come face to face in the police station delivers a gut punch that will leave you reeling long after the credits have finished rolling.

By the Grace of God in cinemas and on Curzon Home Cinema 25th October.