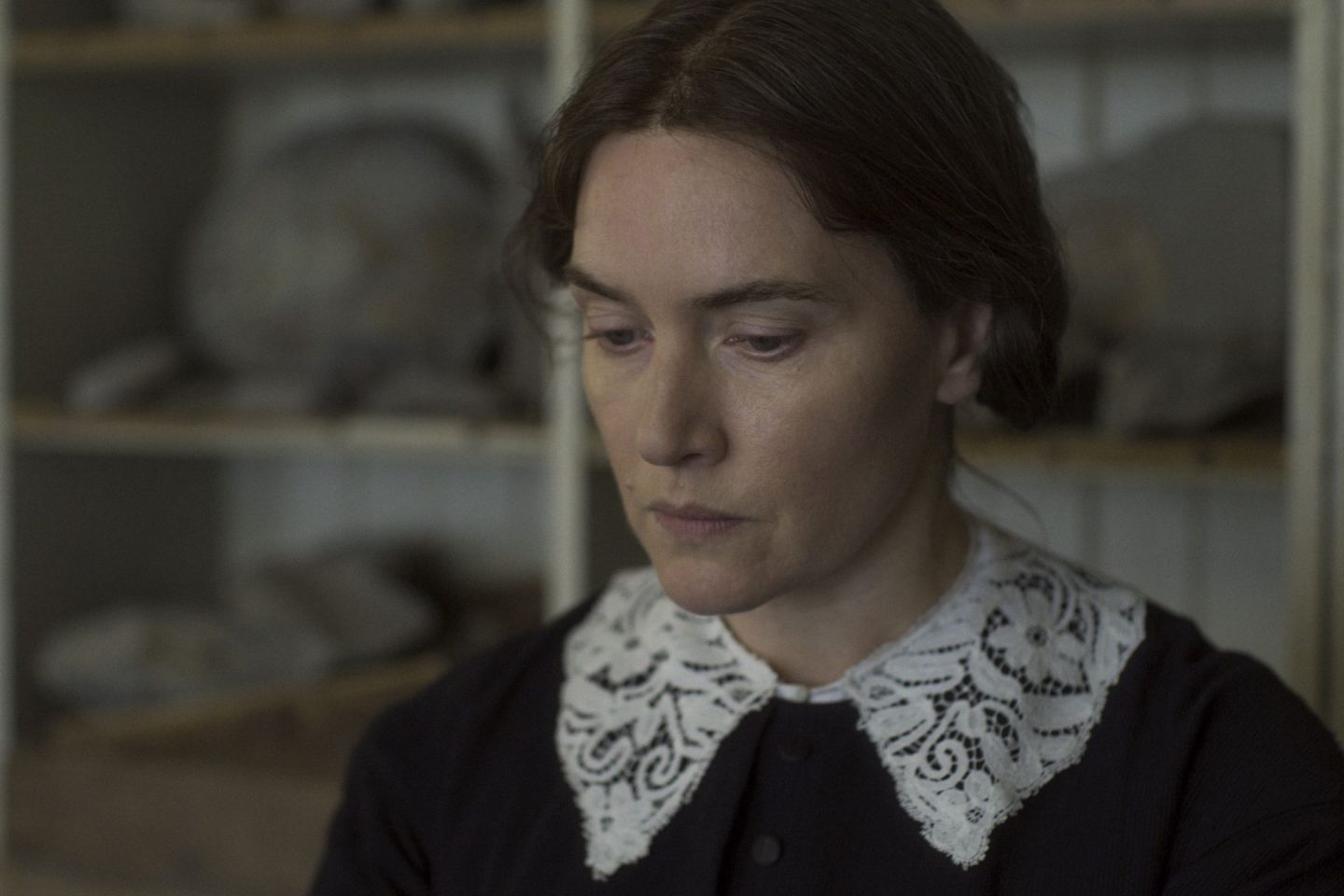 Ammonite is inspired by the life of Mary Anning who due to her gender never got the recognition or acclaim she deserved. All the elements for an outstanding film are present in Ammonite yet it feels strangely lacking especially in the final third of the film that left me struggling to entirely believe the motivations for the characters.

Ammonite is set in the 1840s and inspired by the life of fossil hunter Mary Anning (outstanding performance by Kate Winsley) who struggles to take her rightful place in the male dominated world. She as a woman is diminished and, as was the time then “know her place”. Through fate, she comes to know Charlotte Murchison who is brought to the coast by her husband due to her sickly disposition. The lion’s share of the film then deals with the supposed love affair between her and Charlotte Murchison (Saoirse Ronan).

Is it diverse? Not really, the oppression of women in a patriarchal society and the striking absence of men in most of the scenes were done better and more subtly in Portrait of a Lady on Fire.  What is interesting about this film is that it’s written and directed by a man, Francis Lee, so the male gaze is ever present even if male characters are mainly relegated to the beginning and end of the film. His attention to detail, cinematography, costumes and sparse dialogue is sublime. The gestures and acting by Kate Winslet really pulled me in. Then comes this rather rough and graphic scene that I thought: “right oh and why do we need this?” This is where gender comes into play, I felt this scene wasn’t necessary nor did it strike me as something that either character would have engaged in as portrayed. Again, if contrasted with Portrait of Lady on Fire written and directed by Celine Sciamma she manages to portray the intensity and surprise of sexual intimacy without showing the act itself. Lee does not manage this.

This is a slow burn and some may find it boring. I think Kate Winslet gives one of her best performances ever in this film.  But, would I pay to see it? Doubtful. The vast majority of this film felt like a character study of Mary Anning rather than a fully formed film. It felt disjointed. I loved God’s Own Country but with this film, Francis Lee misses the mark for me which is down to the script rather than his direction which is wonderful.

Ammonite is released on digital download from Friday 26 March 2021.