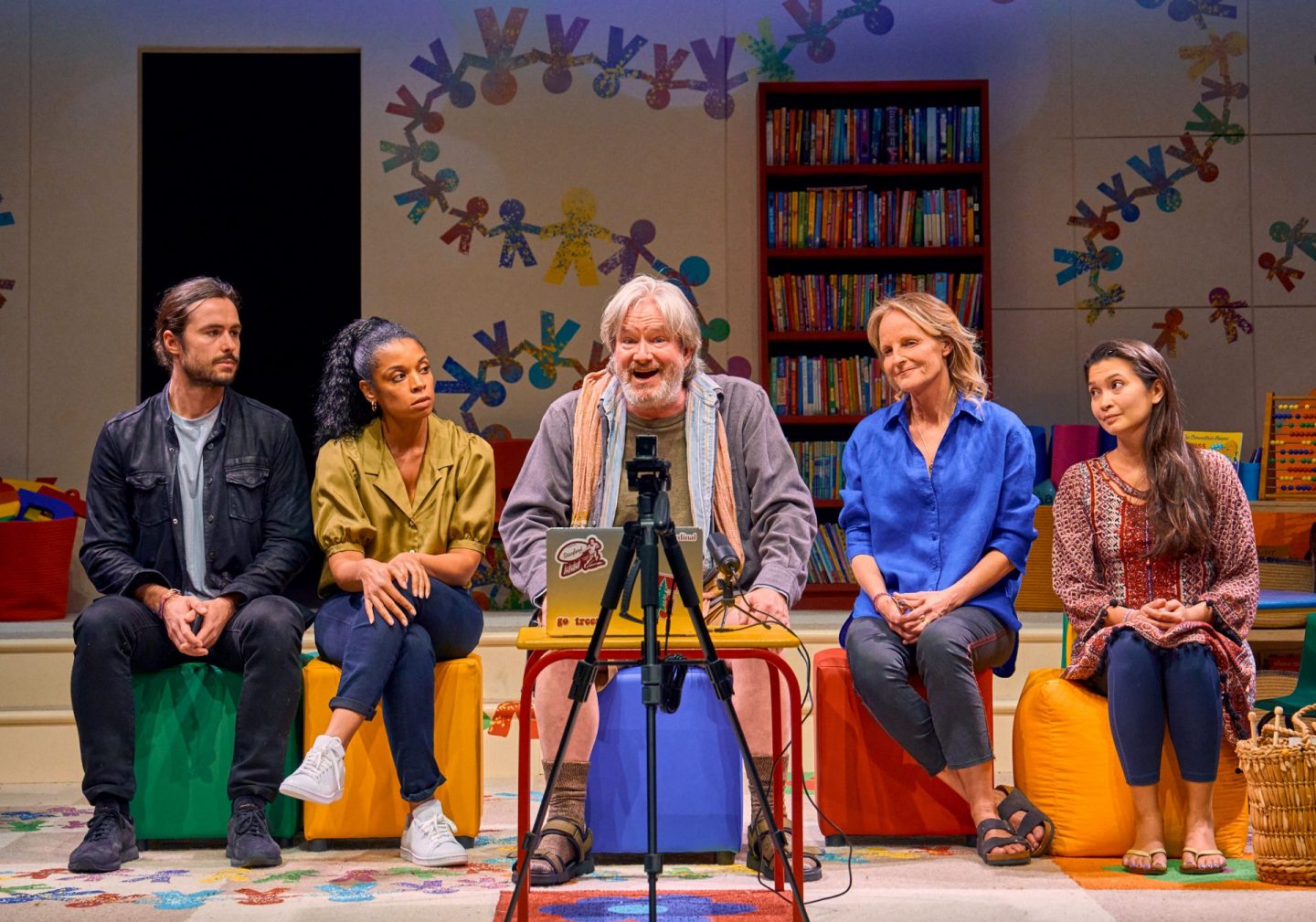 Helen Hunt leads a top notch cast in this perceptive satire of liberalism and political correctness through the predominately white middle class gaze.

Eureka Day is set in a fictional school in Berkeley where a collective leadership group of teachers and parents meet to discuss issues affecting the school.

The pacing of the first half is excellent. The writing is too notch and the acting is nuanced with lots of movement so it gives space for the words to breathe and actors to act and the audience to react. The live stream scene is probably the most igneous use of technology I’ve ever seen on stage. It worked so well that everyone in the audience was laughing as it felt so accurate.

The second half lost some of the humour and pacing. I suspect if the interval were moved it might not as felt so disjointed but that’s a small niggle. However, the beating heart of the play – the critique of the white middle class leftie who believes their worldview of inclusivity is the right one but can’t recognise their own bias is spot on. Theirs is always the voice of the status quo. I thought it played with the racial assumptions and unconscious bias so well eg the Asian woman is always subdued, the black woman must be on welfare etc. This isn’t blatant discourse on race and prejudice but altogether much more intelligent than that presented in the satirical form which allows for some of the emotionally charged scenes to land perfectly.

The entire cast was fantastic but I think the three female leads Helen Hunt, Susan Kelechi Watson and Kirsten Foster stood out for me.

If I gave stars, this would definitely receive four.