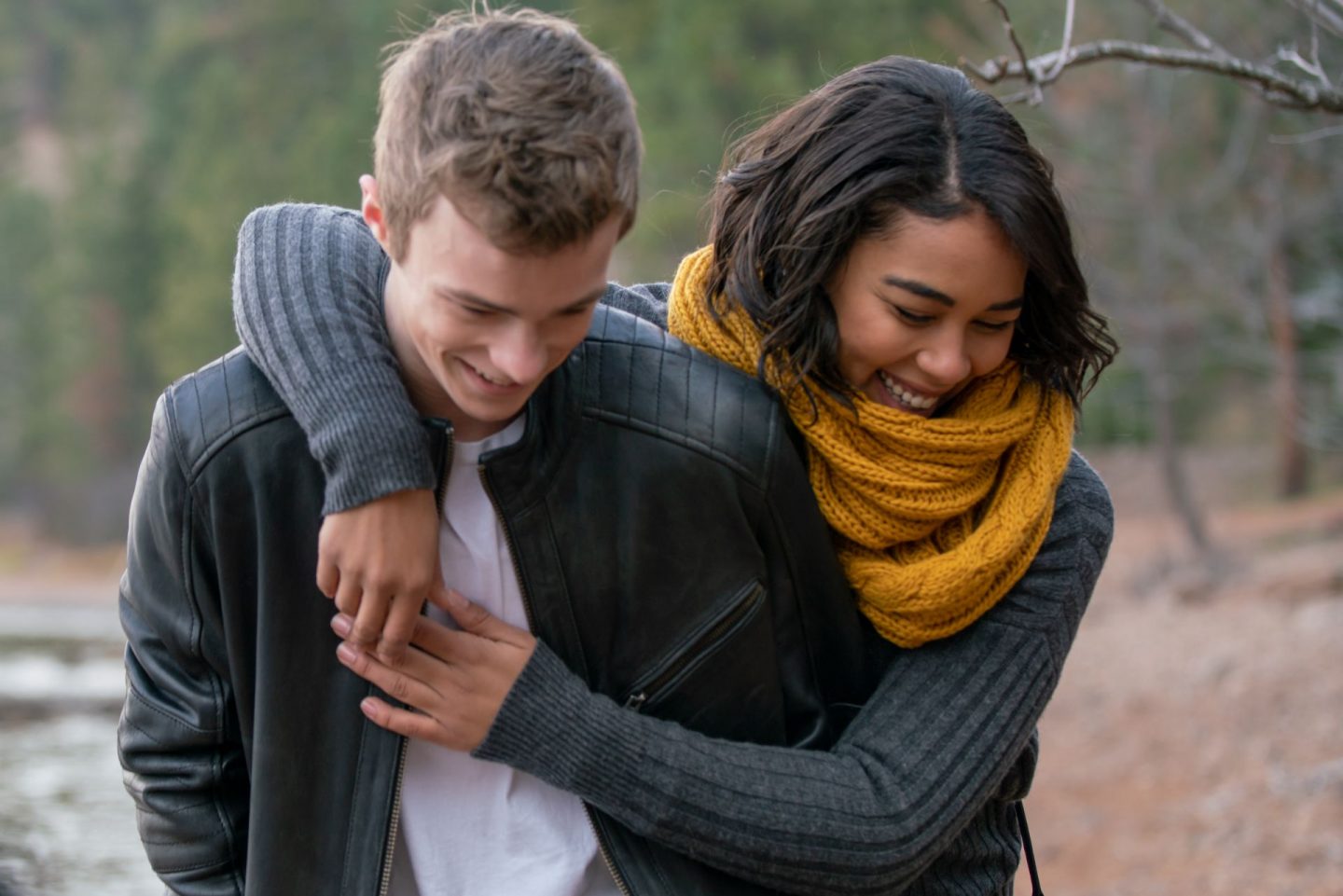 Endless tells the story of two high school graduates Riley (Alexandra Shipp) and Chris. These are two young people different in all aspects: Riley’s from a rich family is driven and has her life mapped out for her. Chris is from a single parent family, a bit of a dreamer and lives for sport. The one thing that unites them is their love for one another. However, when the unthinkable happens, as Riley’s driving them home after a house party, Chris is killed in the car crash. Endless tests the limits of the age old adage that love conquers all including death, but what happens when you have to let go in order to live.

The premise is interesting but this film fails to deliver it. There are two strands to the story, one of the people left behind – Riley’s and, that of Chris who can’t bear to watch the suffering of Riley.  The film is only really interesting when it is telling Chris’s side of the story with the friend he meets in the afterlife, Jordan (Deron Horton). This interaction gives the film a little buzz. However, this film just plods along like a Hallmark type film but takes itself far too seriously and neither the script nor the acting can meet a reasonable standard. It feels as if there was an attempt to create Ghost or some similar type of reincarnation of it for the teen market but on a very limited budget and none of the great actors.

Endless is entirely predictable. If you are in the mood for that and are feeling generous due to the current pandemic, then it’s a very easy watch.

Endless will be available on Digital Download from 23rd November. Watch it on iTunes here.