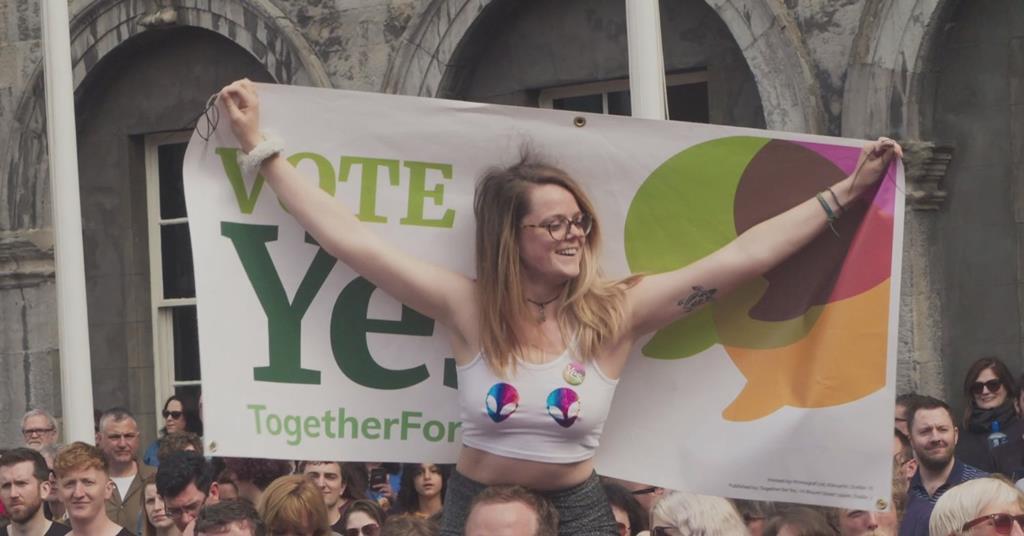 The 8th is an important and poignant documentary following the grassroots activism led by Ailbhe Smyth and Andrea Horan of the women to overturn the 1983 referendum decision to add the 8th amendment to the Irish constitution that gave the unborn equal rights to life as the mother. This is a documentary about more than the right to an abortion. It is about the value of Irish women in their own society and using their original superpower: their voice to enforce their human right, control over their own body.

What’s interesting is that most will know what the outcome of the 2018 referendum was but as the film points out, the same number of people who voted for the 8th amendment now voted to have it overturned.

Whilst the documentary is squarely focused on the campaign that led to the successful overturning of the restrictive 8th amendment. It delves deeper to look at Irish society, the role of women and of course the church both back in 1983 and then in 2017. Their power having been diminished but the women of Ireland would not be diminished. The documentary highlights certain important moments in the struggle to have this restrictive amendment overturned: the 12 year old girl raped by a school friend’s father who was not initially allowed to go to England to seek an abortion and Savita Halappanavar in 2012,  who had suffered a partial miscarriage and sought to have an abortion to remove the embryo but was denied that. Had she been granted the abortion, she would still be alive today.

The documentary is quite traditional in the format it uses to follow the two women and a host of others who are all campaigning to repeal the 8th together with footage from historical newsreels, debates and voice overs of women who had abortions. Clearly, as a record of the monumental 2018 referendum, it is incredibly valuable. However, the issue this documentary slightly suffers from is not really providing more time to hear the motivations of those people who wanted to keep the 8th amendment, especially any young people that wanted to keep it.

The 8th documentary is about abortion and the women of Ireland who came together to say they would be silenced no more.

The 8th opens the Human Rights Watch Film Festival on Thursday 18 March and there’s a Q&A with the filmmakers, click here for more details.