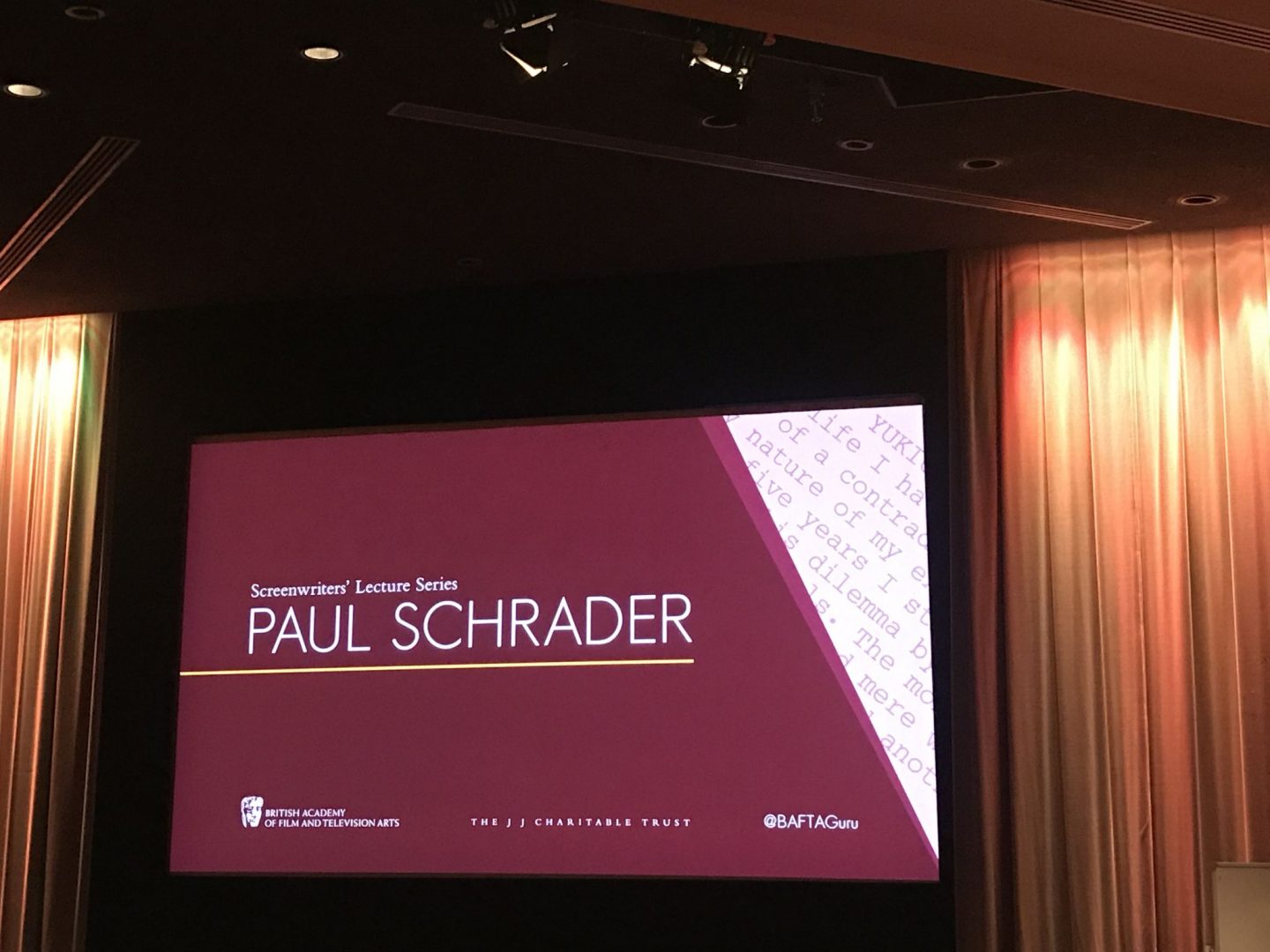 “Are you talking to me”.

Well, yes actually, the man, Paul Schrader, who wrote that immortal line often imitated but never equaled talked to a packed auditorium at BAFTA headquarters, 195 Piccadilly, on Sunday 25 November about screenwriting in the 1970s,
the changing nature of the cinema audience and why he never writes a script without following his tried and tested method which, gasp, he shared with us. What was the film? Why yes it is taxi driver, not only did he write that but Raging Bull, American Gigolo, The Last Temptation of Christ and most recently First Reformed which is doing well on the awards circuit.

The BAFTA International Screenwriters’ Lecture Series is in its ninth year and was created by Jeremy Brock. This years’ lecturers were:

Great films start and end with the writing and this lecture series helps to highlight what Jeremy Brock calls the “invisible alpha- the screenplay”. The BAFTA Screenwriting lecture format is that the guest lecturer speaks for approximately an hour followed by a Q&A with the audience. Ahead of Paul, I had the pleasure of hearing Nadine Labaki dissect her process and how all three of her films were borne out of an urgent need to answer a question especially her latest Capernaum.

Paul Schrader was the final lectured. Of course, he was worth the wait. The lecture was really interesting and individual like all of the films he has written. The delivery was funny, informative and afterwards left me thinking maybe I could write a screenplay, note I did not say write Taxi Driver. His tried and tested method of film writing started with him teaching a pretend screenwriting class of ten diverse individuals and week by week
teaching them one aspect of his tested method and only at week 6 of a 10 week course would the students start writing. The tried and tested, no fail method is this:

The fact that during the lecture Paul Schrader stuck the actual outlines used for Raging Bull gave the lecture a surreal and mythical feel. Yet throughout he remained accessible and matter of fact. This is why the BAFTA screenwriters lecture format works so well. 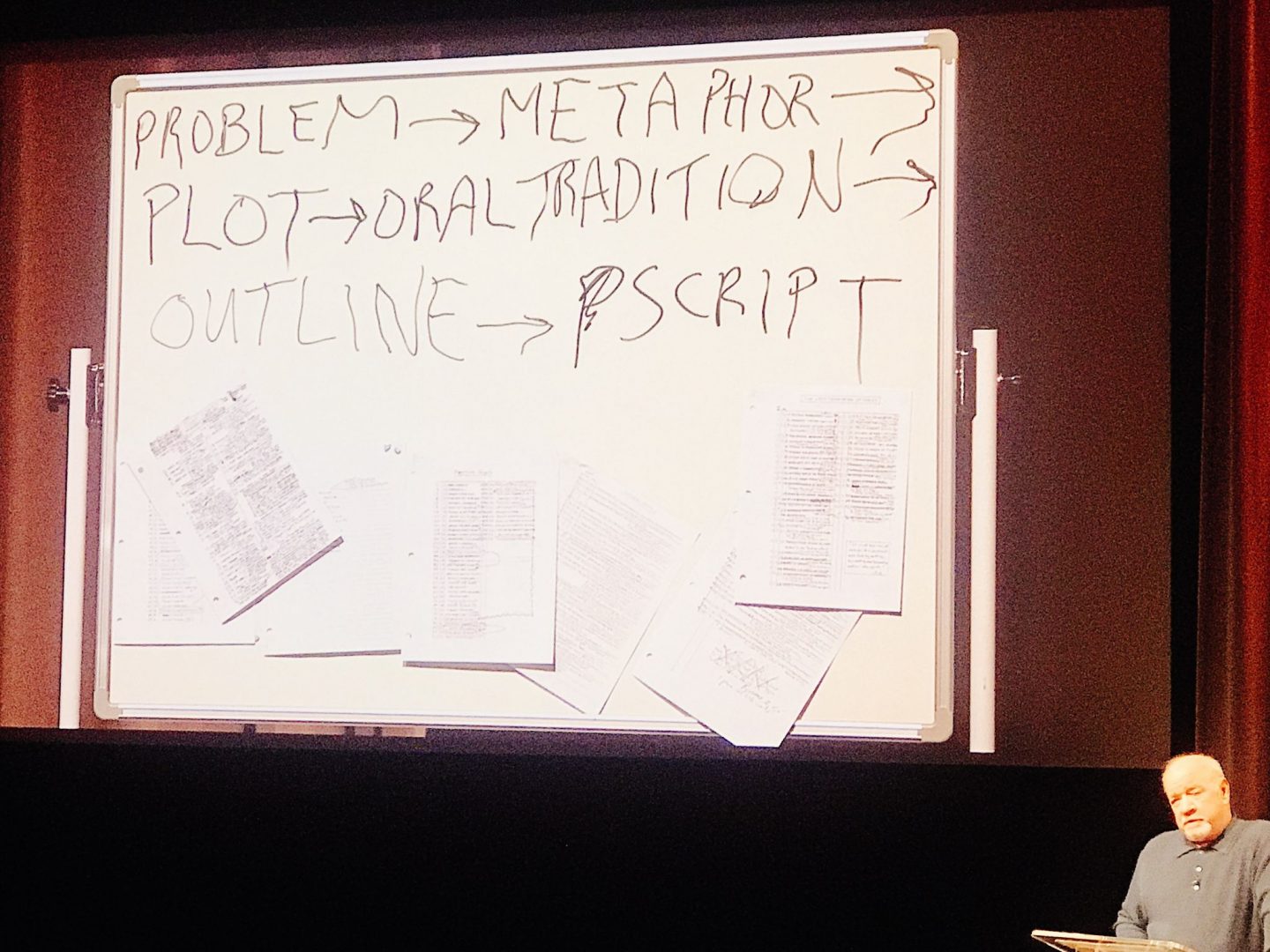 If you’ve ever struggled to understand what a metaphor is and how to use it, Paul Schrader is the man to teach you. Here is the full transcript of the lecture.

The BAFTA Screenwriting lectures are held annually and tickets can be bought here via BAFTA website so keep an eye out!